More than a week after welcoming her first child with singer Zayn Malik, the 25-year-old model takes to her Instagram Story to debut the new jewelry piece she's got from Jacquie Aiche.

AceShowbiz - Gigi Hadid has boasted about her new status as first-time mother. More than a week after welcoming her first child with Zayn Malik, the model daughter of Yolanda Hadid turned to her social media account to show off a sparkly diamond necklace bearing the word "mama."

On Wednesday, September 30, the 25-year-old made use of her Instagram Story feed to share a short video of her flaunting the new jewelry piece she received from Los Angeles-based designer Jacquie Aiche. In accompaniment of the clip, she gushed, "Omg @jacquieaiche I love you. Thank you!" 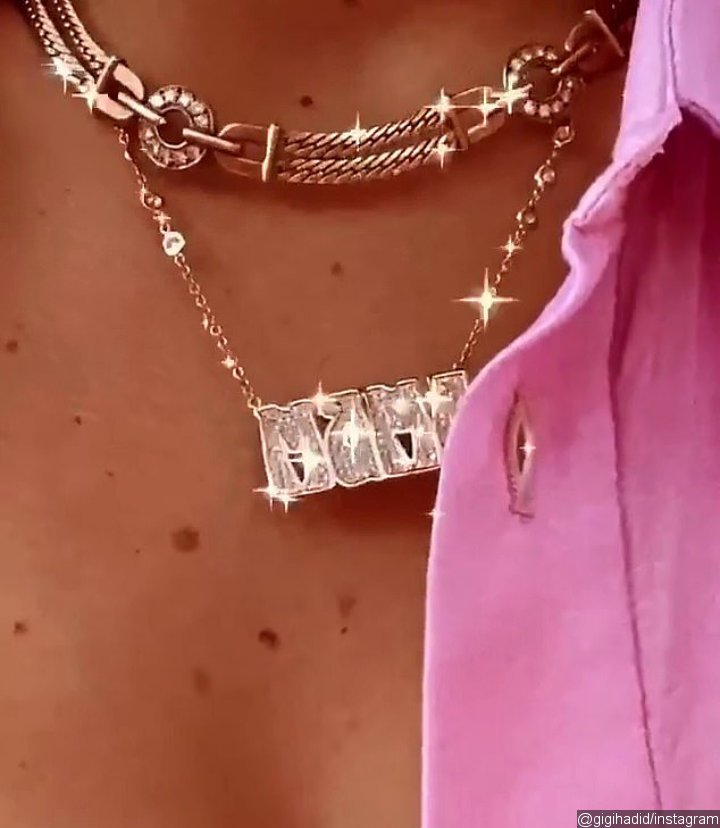 Gigi Hadid showed off her new necklace from Jacquie Aiche.

It was not the only pricey present Gigi was treated to in the wake of her daughter's birth. A few days earlier, her famous friend Taylor Swift sent her a sweet homemade pink satin blanket. The new mom shared a picture of the gift on Instagram Story along with a note that read, "Auntie @taylorswift made this."

Another friend presenting Gigi with a luxury gift was fashion designer Donatella Versace. In the same Story she thanked Taylor, the model who made appearances on "The Real Housewives of Beverly Hills" spilled that the 65-year-old gave her baby a white Versace top.

Not stopping there, the older sister of Bella Hadid has also showed off other baby gifts from fellow model Kendall Jenner and painter Austyn Weiner. The "Keeping Up with the Kardashians" star offered her a beautiful flower bouquet, while the artist sent her an abstract painting. 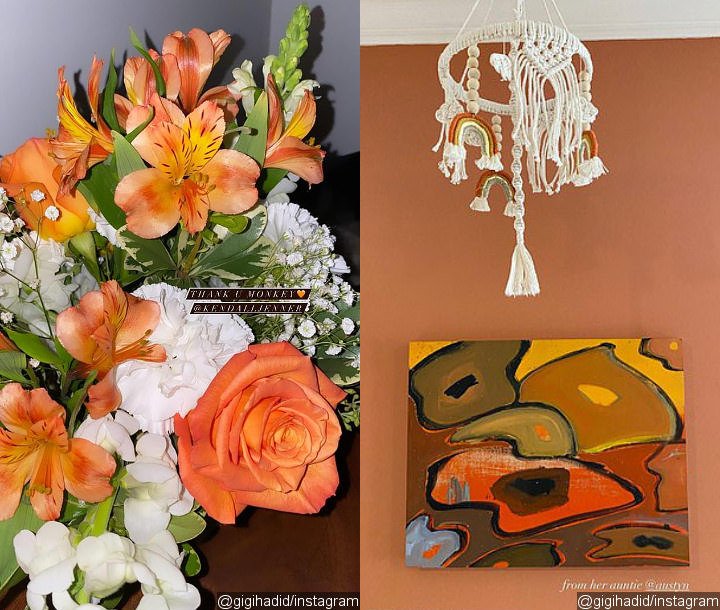 Gigi announced the arrival of her newborn on Wednesday, September 23. Alongside black-and-white picture of her boyfriend's hand holding their daughter's, she posted on Instagram, "Our girl joined us earth-side this weekend and she's already changed our world. So in love."

Zayn himself was the first to break the happy news. "Our baby girl is here, healthy & beautiful," the former One Direction member declared. "To try (to) put into words how i am feeling right now would be an impossible task. The love i feel for this tiny human is beyond my understanding. Grateful to know her, proud to call her mine, & thankful for the life we will have together."