The 'Orange Is the New Black' alum and the artist tied the knot over the weekend, sharing on Instagram a photo of them showing off their wedding rings in front of a picturesque beach.

AceShowbiz - Congratulations are in order for Jackie Cruz and her longtime love Fernando Garcia. The "Orange Is the New Black" alum revealed on social media that she and her artist partner tied the knot on Friday, August 28 in Oaxaca, Mexico.

The 34-year-old made use of her Instagram account to share the exciting news with her loyal followers. Sharing a photo of the couple's hands with a picturesque beach in the background, she simply wrote in the caption, "8/28/20." The photo showed off their wedding rings by Sarah Appleton Fine Jewelry.

Jackie's post was quickly flooded with congratulatory comments, including ones from her "Orange Is the New Black" co-stars. Danielle Brooks wrote, "Congrats love," Selenis Levya raved, "Beautiful!!! Congrats, thank God for love," and Madeline Brewer happily stated, "Oh thank goodness." The latter added another comment as she gushed, "Just so f***ing perfect. I love you both." Natasha Lyonne chimed in, "Congratulations @jackiecruz." 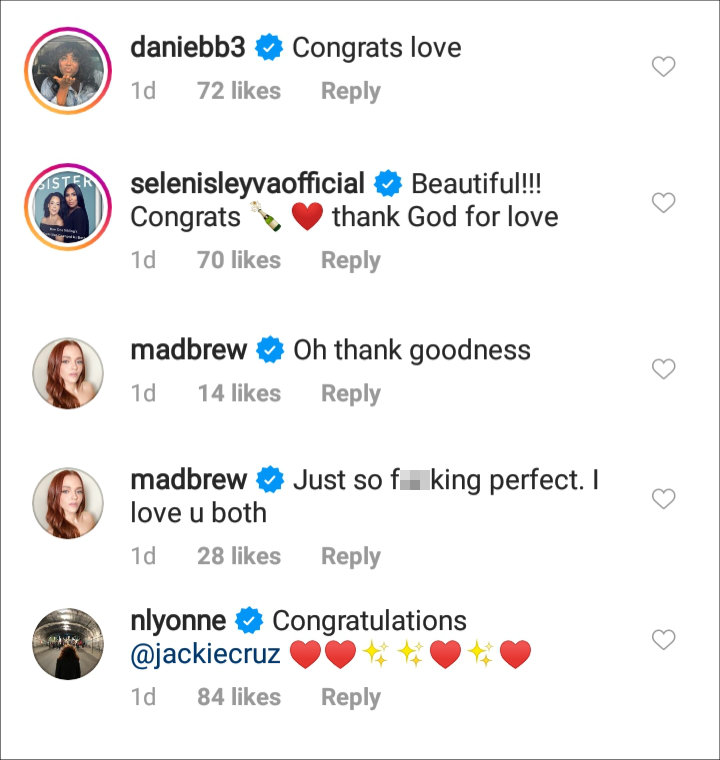 A number of other famous friends also sent their well wishes in the comment section. Model Ashley Graham exclaimed, "Congratulations!!!!" Wells Adams, a former contestant on "The Bachelorette", gave out four heart-eyed emojis, while "Game of Thrones" star Nathalie Emmanuel enthused, "Congratulations to you both. Lots and lots of love to you!!!" 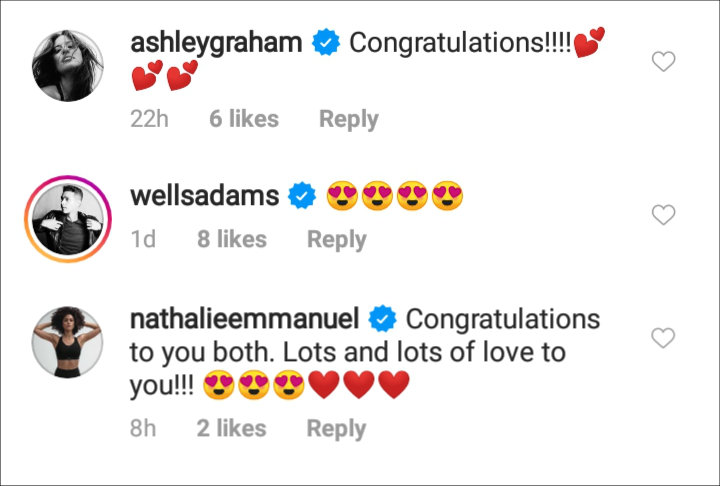 Jackie Cruz's celebrity friends congratulated her on her marriage announcement.

Jackie's marriage announcement came three weeks after her 34th birthday. Back on August 8, her now-husband put out an Instagram post, capturing a view of a tranquil beach, alongside which he wrote, "Celebrating my better half's birthday today and spending the rest of the month in my favorite place on Earth... Oaxaca. Happy birthday baby! Te amo preciosa."

Two days after tying the knot, the actress playing Rhea on "Good Girls" came out with another Instagram post. On Sunday, August 30, she showed off a photo of herself in a bikini while covering her head with a red-and-white scarf. In the caption, she simply wrote, "Wifey."