The model daughter of Cindy Crawford takes to Instagram Stories to debut their new inks, sharing a photo of her and the 'Suicide Squad' star's feet and hands interlocked.

Sharing a series of tribute posts for her birthday pal via Instagram Story, the 18-year-old began by offering a snap of what appeared to be their interlinking feet and holding hands. "Happy birthday to my solemate @caradelevingne," she wrote over it. In another photo, she simply showed off a photo that captured the word "solemate" inked on the arch of their feet. 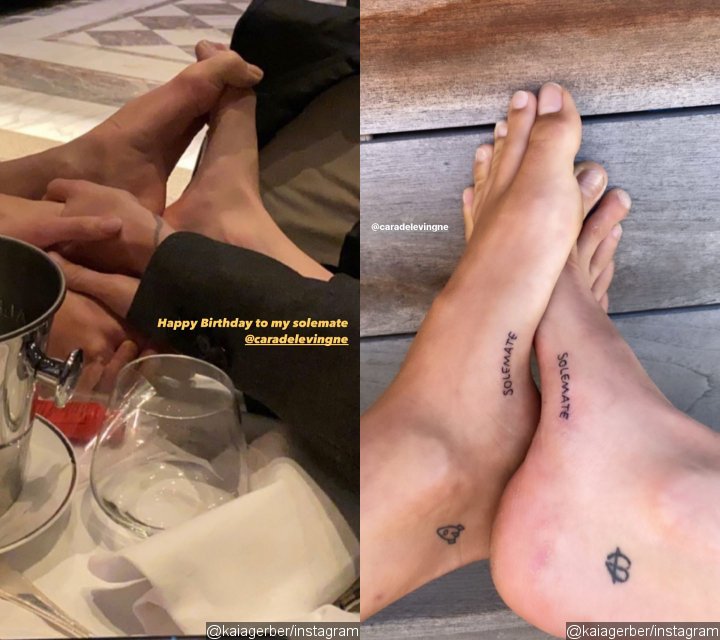 Kaia Gerber shared pictures of matching tattoos with Cara Delevingne on their feet.

Not stopping there, Kaia also put out a photo of the "Carnival Row" star rocking white hoodie that has a couple of her photos and name printed on it. "The only person who wears my face on a sweatshirt," she bragged. She followed it up with another photo of her hugging the 28-year-old at a Black Lives Matter protest as well as a video of them showing off their best dance moves with a caption that read, "coolest guys at the function." 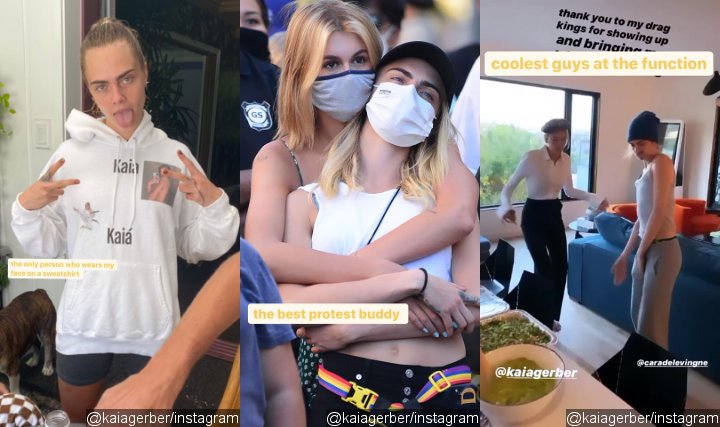 Kaia Gerber shared pictures of her and Cara Delevingne for the latter's birthday tribute.

Kaia was not the only one showering Cara with social media posts on her birthday. Margaret Qualley, who has been linked romantically to the ex-girlfriend of Ashley Benson, also wished her a happy birthday. Along with a series of the British beauty's silly photos, "The Leftovers" star wrote, "Dear @caradelevingne, man, too much to say. So incredibly lucky to have you as a friend. I love you, happy birthday!"

Fellow model Georgia May Jagger has also turned to Instagram to commemorate Cara's milestone. "Happy Birthday!!!!! @caradelevingne I love you so much," the daughter of rocker Mick Jagger gushed in her post. "Can't wait to be old dog obsessed ladies sitting on the porch with towels on our heads chatting away lol."

Kaia and Cara have been friends for quite some time. They reportedly were "quarantining" together in the early days of the coronavirus outbreak. Back in June, the duo were spotted dressing similarly in black leather jackets and jeans after they enjoyed dinner together with the former's parents at Nobu restaurant in Malibu, California.