The 'RuPaul's Drag Race' host, who has been taking a social media hiatus since March, leaves people speculating about the reason why he deleted all posts from his accounts.

AceShowbiz - RuPaul has gone MIA on social media. The drag queen earlier this year announced that he's taking a 3-month break from social media to stay away from the toxicity on it, but he has now taken it to the next level by wiping his Instagram and Twitter page completely clean. 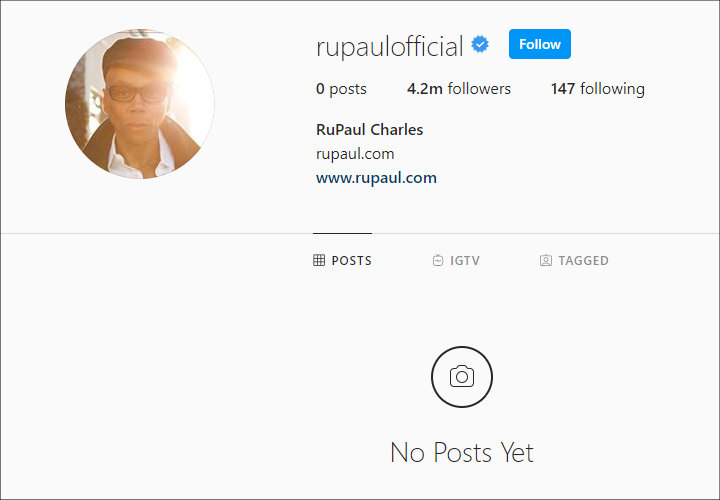 RuPaul's disappearance from social media without an explanation has left his fans confused. People have since been wondering about the reason behind his action, with one posing the question on Twitter, "RuPaul has been silent on social media since March and has now deleted his socials. Is anyone wondering why he's made that move…?" 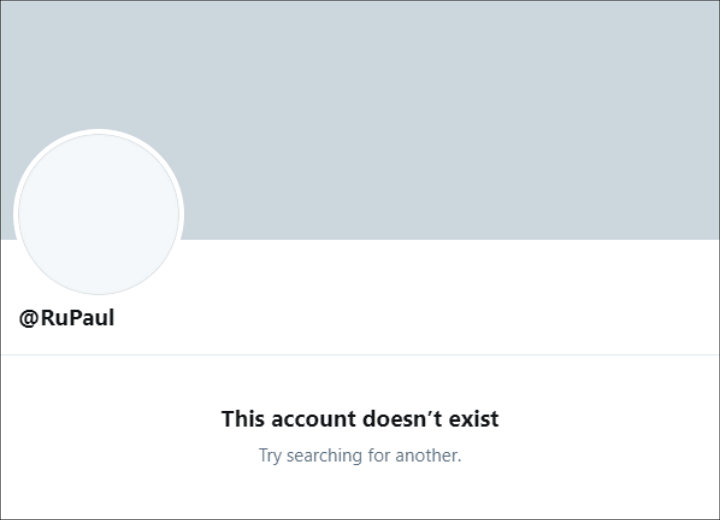 A second user had no answer to it, writing, "I don't know I'm so confused." A third one considered to follow RuPaul's lead, sharing, "After seeing RuPaul deleted her Twitter, I couldn't help but wonder: was it time I logged off to get some fresh air as well?"

"RuPaul deleted all Instagram posts and all twitter posts for past year. Hacked? New album? Just in time for Emmy voting?" another weighed in on RuPaul's vanished accounts. Someone else suspected that the "RuPaul's Drag Race" host was hacked, "Someone is hacking your instagram and deleting your photos."

Some others, meanwhile, noticed that another drag performer, Kameron Michaels, has scrubbed her accounts as well. One fan noted that the Emmy-winning show's season 10 alum went dark because "people are being mean to her in her post, comments for no reason at all. And it's bringing her down."