Prior to this, the 'Keeping Up with the Kardashians' star hired celebrity tattoo artist JonBoy to help her ink her 2-year-old daughter's name on the back of her arm.

AceShowbiz - It's a known fact that Kylie Jenner loves her daughter, Stormi Webster, so much that she often honors her in every kind of way. Most recently, the makeup mogul paid a sweet tribute to her little girl with a new tattoo that she debuted on Wednesday, July 1.

Kylie posted on Instagram Stories a video of her and her makeup artist, Ariel Tejada, cuddling up as her tiny new arm tattoo could be seen on the camera. Even though the tattoo was so small people could barely read it, it was later revealed that the tattoo read, "4:43," which represented the time when Stormi was born. 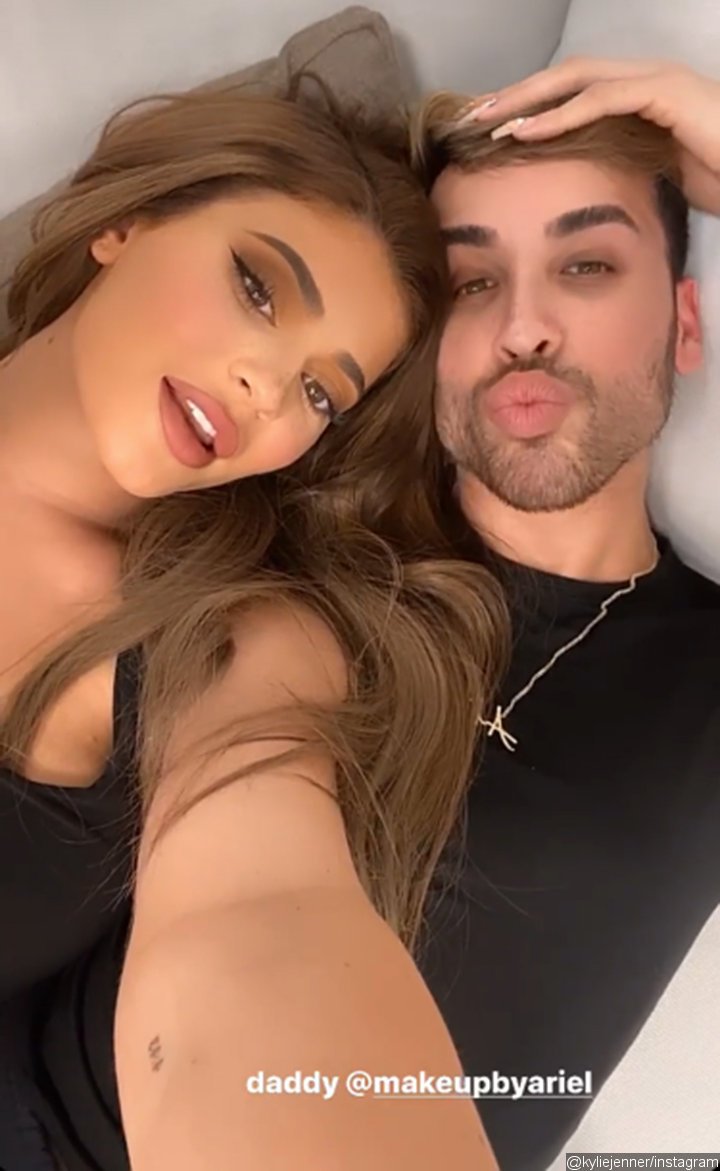 This isn't the first time Kylie paid tribute to her daughter via tattoos. Prior to this, the "Keeping Up with the Kardashians" star hired celebrity tattoo artist JonBoy to help her ink Stormi's name on the back of her arm.

Kylie gave birth to Stormi, her daughter with ex Travis Scott (II), on February 1, 2018. Despite keeping her pregnancy a secret from the world, she has been open about motherhood ever since she welcomed the little one. During a previous interview with her sister Kim Kardashian, Kylie admitted to finding her early stages of motherhood so amazing and fun.

"I'm learning so much more about myself and life, and it's been such a great experience. Of course there's hard times and stuff… even in the beginning, just not sleeping, the nights, like, baby blues… and all the ups and downs. And also even when I'm here it was so hard to leave this morning." she said. "I think about her all the time, anywhere I am. I would rather be with her or wish she can come everywhere. I can't wait till she can come everywhere with me, because right when she's old enough I'll bring her everywhere."