The 24-year-old fitness personality and law student sparks the breakup rumors after she removed most of the rapper's photos and videos from her Instagram page.

AceShowbiz - Are things now over between 50 Cent and Cuban Link? The pair, who had been quarantining together at the rapper's place during the coronavirus outbreak, have sparked breakup rumors following the 24-year-old fitness enthusiast's suspicious social media moves.

Cuban, whose real name is Jamira Haines, has removed majority of photos and videos featuring the "Power" star/co-creator. A few posts with the rapper/actor remain on her page, but most of them have gone now. Cuban still follows Fiddy on the photo-sharing site, though.

Also adding fuel to the split speculation, Cuban recently posted a picture of her at her old apartment. She had been staying at her beau's mansion for months during the self-isolation and her new photo started a speculation that she may have been kicked out of Fiddy's house.

50 and Cuban have not responded to the breakup speculation, but she shared a cryptic post on her Instagram Stories on Monday, June 15. Quoting a line from a movie, she wrote, "This lady in the movie said ' If you feel like you're playing tug of war let go of the rope ' - I thought that was interesting." 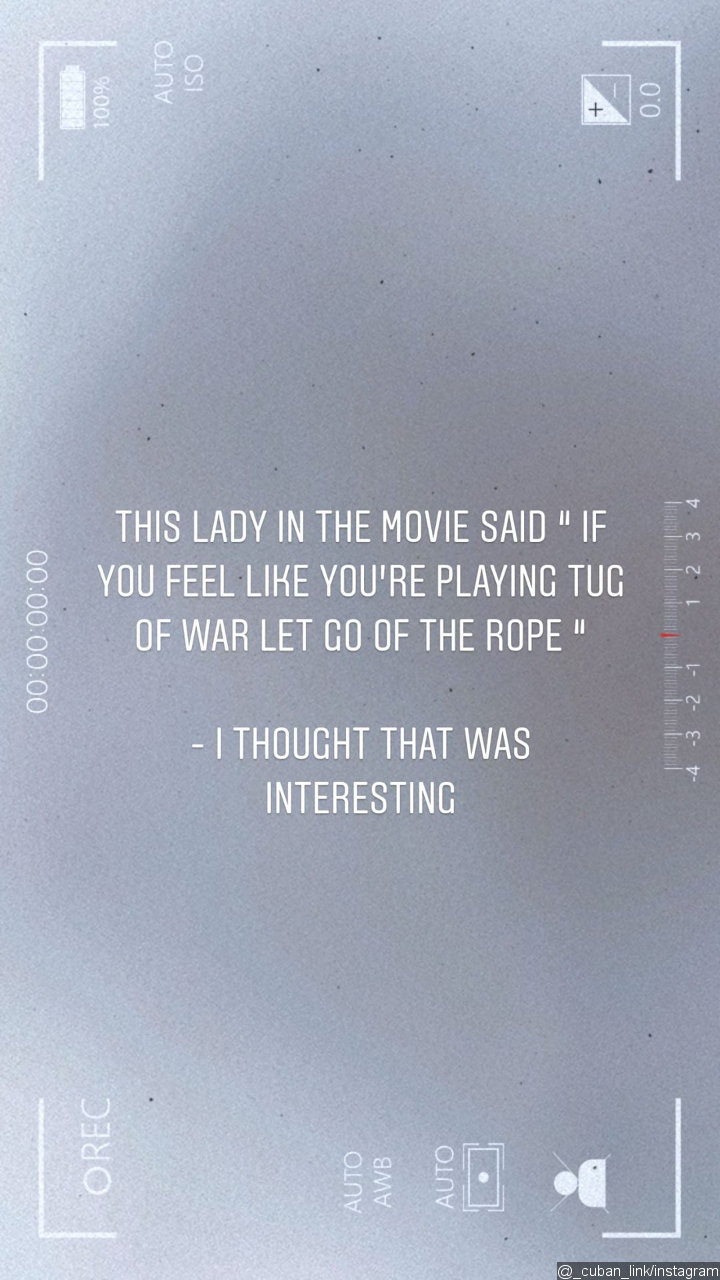 50 and Cuban went public with their relationship by making a red carpet appearance at the "Power" season 6 premiere event at Madison Square Garden in August 2019. At the time, the law student soon became the talk of the town over her beauty, while many thought that Fiddy was lucky to have scored her as his girlfriend.

While the "In da Club" hitmaker rarely shared pictures of his girlfriend on Instagram, he occasionally roasted her on his social media page. Back in April, he mocked her cooking skills, prompting her to retaliate by jokingly locking him out of the bedroom.

Later in May, the 44-year-old television producer also revealed how they started a conversation about their visions. "For 30 days, I [told her], 'Send me a picture of something you want,' " he shared to PEOPLE. "Then after the 30 days, I did the same. At the end of it, we put the two vision boards together and talked about the things that don't match up. It sparked conversations that we probably wouldn't have gotten to randomly, and it was easier for us to express it because it's so early."

50 Cent Sues MedSpa for Implying He Had Penis Enhancement Surgery