Supreme Court judges have ruled in favor of legislation that makes it illegal for an employer to terminate anyone from a job due to their sexual orientation or gender identity.

AceShowbiz - Ellen DeGeneres and Tegan and Sara are celebrating after U.S. Supreme Court judges ruled in favour of legislation that offers lesbian, gay, bisexual, and transgender people more protection in the workplace.

The legislation, announced on Monday, June 15, makes it illegal for an employer to terminate anyone from a job due to their sexual orientation or gender identity. The Title VII ruling adds members of the LGBT community to the Civil Rights Act, which prevents discrimination based on sex, race, colour, national origin and religion.

Tegan and Sara also took note of the ruling and what it means for civil rights progress.

"It took 56 years but today the Supreme Court ruled that Title VII of the Civil Rights Act of 1964 protects LGBTQ+ workers from workplace discrimination," the sister act wrote on Facebook. "A terrific and unexpected victory. Some people have spent their entire lives fighting for this. Some died waiting to hear the ruling. There are so many fights ahead but today we celebrate." 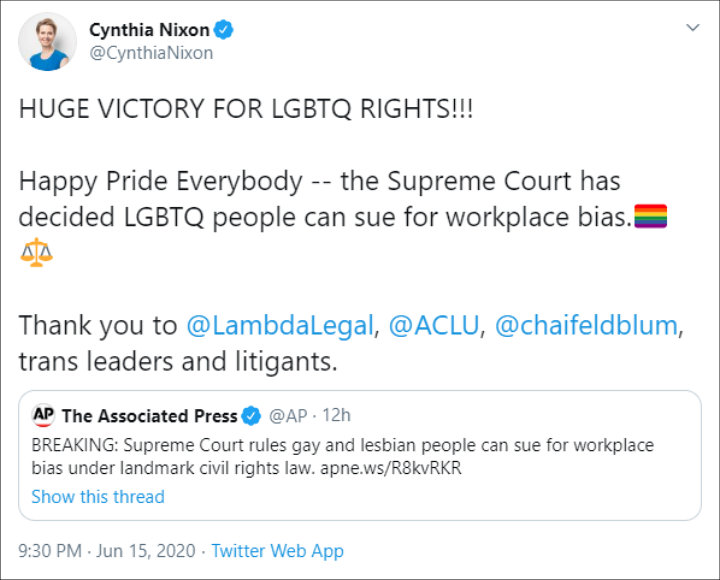 Moore shared how thrilled she was with the "incredible news", calling it "a bright spot in a dark time". 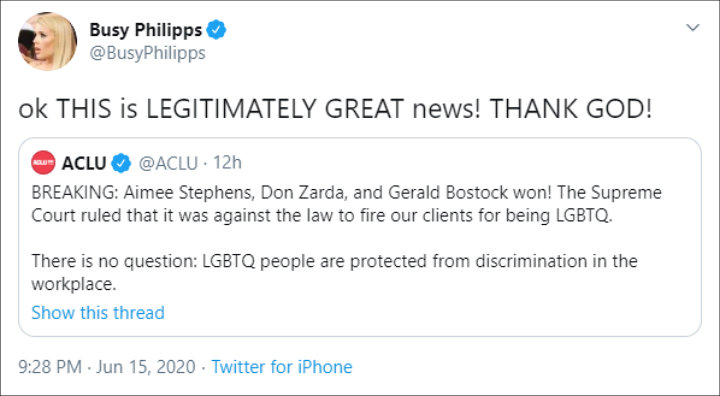