The daughter of Lil Wayne shows no interest when the 'Worth It' rapper shoots his shot at her by posting a video of him dancing to his song, claiming that he's outside her house.

AceShowbiz - Reginae Carter wasn't romantically interested in YK Osiris then and she still isn't now. The social media personality has savagely shut down the rapper's latest attempt to shoot his shot at her on Twitter.

On Thursday, June 4, YK posted on his page a video of himself dancing to his unreleased song with Lil Uzi Vert titled "Leave Me on Read". He showed his goofy moves next to the open door of a moving car, claiming that he was outside Reginae's house.

The daughter of Lil Wayne, however, wasn't having it. Replying to his tweet, she asked him to stop playing with her. "Broooo stop playing with me to try and promote your song ! You are not the one for me doing that my guy," she wrote back. 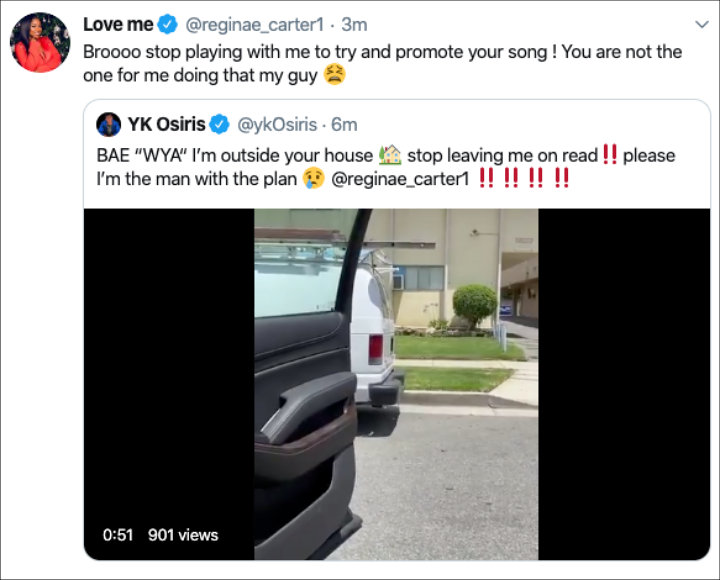 She deleted the said tweet and wrote in another response, "What is wrong with this little boy." She has since removed the second response as well.

Reginae shut down YK's attempt to flirt with her.

Possibly feeling humiliated with her responses, YK decided to delete his original post and repost the video with a caption that had no reference to Reginae, "I'm tired of her leaving me on read !! !! !! !!" 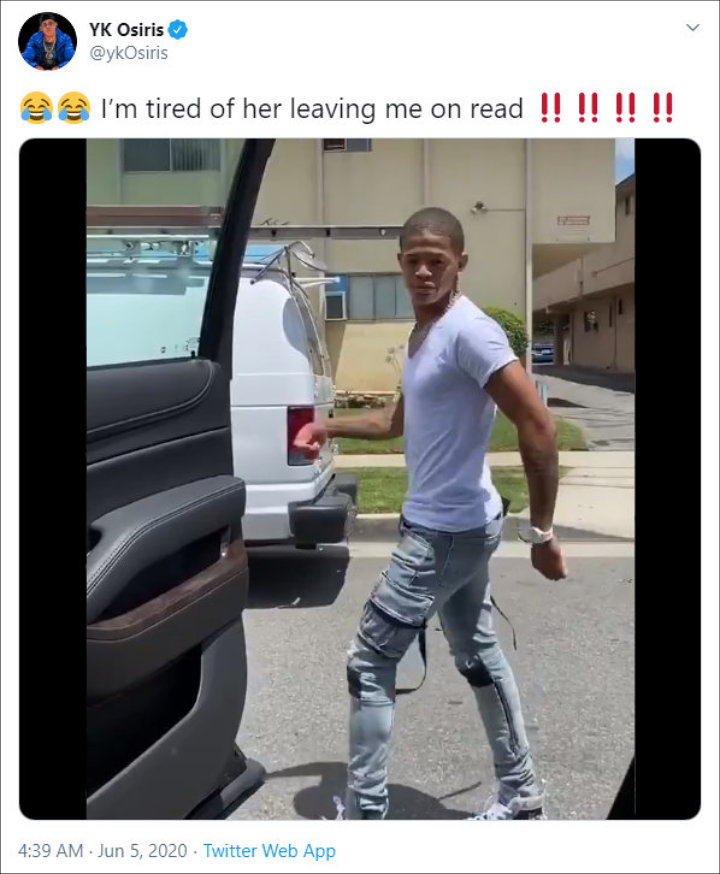 This isn't the first time YK shows his interest in Reginae. Back in November 2019, the "Valentine" spitter tuned into the 21-year-old Instagram model's Instagram Live. Making his presence be known, he jumped in the comments and wrote, "The baddest in the game." He doubled down on his praise, adding, "She so fine I swear."

YK, however, may have little to no chance to date Reginae. The star of "T.I. & Tiny: Friends and Family Hustle" recently declared that she won't date another rapper following her split from YFN Lucci after the infamous Cucumber party last summer.

Reginae Carter Denies Being Kicked Out of Lori Harvey's Squad