A 'How to Get Away with Murder' actor is beaten up by a cop while joining protesters on the front lines while a basketball player is taken into police custody.

AceShowbiz - Some celebrities are taking to the streets in protest of police brutality against black suspects. Marvel actor Michael B. Jordan and R&B singer Tinashe were spotted among the protesters in Los Angeles while TV host Nick Cannon joined the activists in Minneapolis, rapper J. Cole in Fayetteville, North Carolina, and Porsha Williams in Atlanta.

"The protest I participated in yesterday in DTLA was non violent. We were there to protest police brutality and black lives, period," Tinashe tweeted and shared a picture of her holding up a "Black Lives Matter" sign. "I will also be peacefully protesting today... see y'all there." 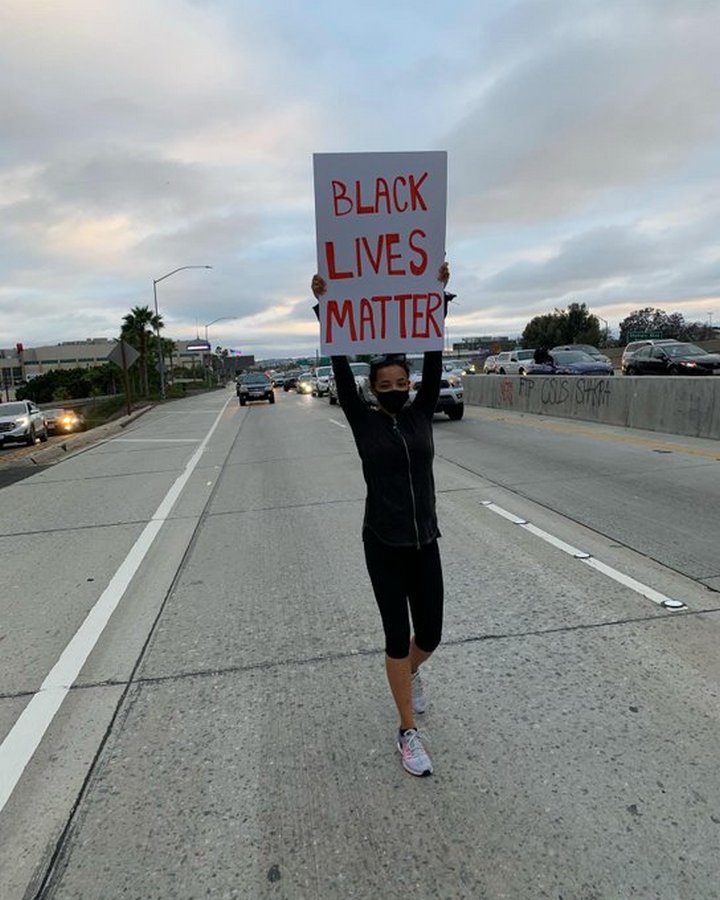 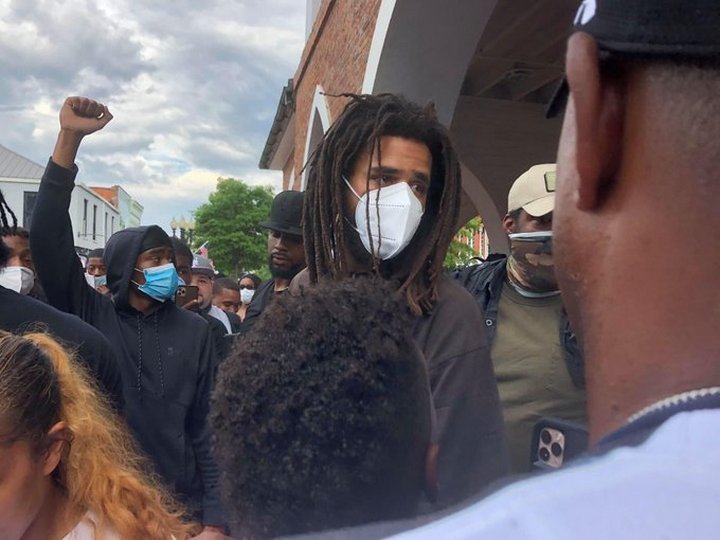 Meanwhile, Nick wrote in a series of Instagram captions, "Stop Killing Us! We All Tired of it....BUT THEY GON HEAR US LOUD AND CLEAR!!! Til Earth and Heaven Rings." He donned a black hoodie with "Please I Can't Breathe" message that referred to George Floyd's plea to cops before he died.

"The Real Housewives of Atlanta" star Porsha shared her heartache on Instagram story, "My heart [broke] for my people."

Actor Kendrick Sampson ("How to Get Away with Murder", "Insecure") showed up on the street of Los Angeles. He was seen being hit repeatedly with a baton by a cop as he stood on the front lines with the protesters.

Meanwhile, Ohio State basketball player Seth Towns was among those arrested by police. He joined the protest in Columbus only hours after graduating from Harvard. "In a span of just 24 hours, I walked across a Harvard virtual graduation stage into the back of police van alongside other peaceful protestors - both of which I am equally proud of," he tweeted.

"I, with so many others, met in downtown Columbus, Ohio to peacefully protest the murder of George Floyd, Breonna Taylor and the countless other unarmed American citizens who have been murdered by those who profess to keep the peace," he added.

Some of those who didn't go to the streets helped by donating to bail out the protesters. Steve Carell, Seth Rogen, and Chrissy Teigen were among them. "In celebration of whatever the f**k maga night is, I am committed to donating $100,000 to the bail outs of protestors across the country," Chrissy tweeted.

Meanwhile, Colin Kaepernick launched an initiative to pay for lawyer for the protesters. "In fighting for liberation there's always retaliation. We must protect our Freedom Fighters. We started a legal defense initiative to give legal representation to Freedom Fighters in Minneapolis paid for by @yourrightscamp," he tweeted.

Late-night show host Trevor Noah addressed the riots during his monologue, "If you felt uneasy watching that Target being looted, try to imagine how it must feel for black Americans when they watch themselves being looted every single day. Police in America are looting black bodies."

Michael B. Jordan to Present 'A Night At The Drive-In' Series Throughout Summer

Michael B. Jordan Demands Diversity: It's Time for Hollywood to 'Commit to Black Hiring'