Noah Cyrus, who was linked romantically to the 'Old Town Road' hitmaker before he came out as gay, sends a bored comment on his social media post that saw him flexing muscles while in the buff.

AceShowbiz - Lil Nas X seemed to have turned off Noah Cyrus with his latest social media selfies. On late Saturday night, May 2, the "Old Town Road" hitmaker put out a series of photos capturing him posing naked in a hot tub which prompted the daughter of his collaborator Billy Ray Cyrus to send him a distress message.

Hinting that she was unable to handle the 21-year-old rapper's racy photos any longer, the younger sister of Miley Cyrus wrote to him in the comment section, "thats it." She added a distraught face emoji at the end of her reply. Her response led a number of users to remind her that the "Panini" MC is gay.

While Noah appeared to be disturbed, Nas X's selfies have since garnered nearly 850,000 likes from fans and followers. Megan Thee Stallion and Doja Cat were among those taking delight in the rhymer's "no homo" post that saw him flexing his biceps for and giving a smoldering look at the camera. 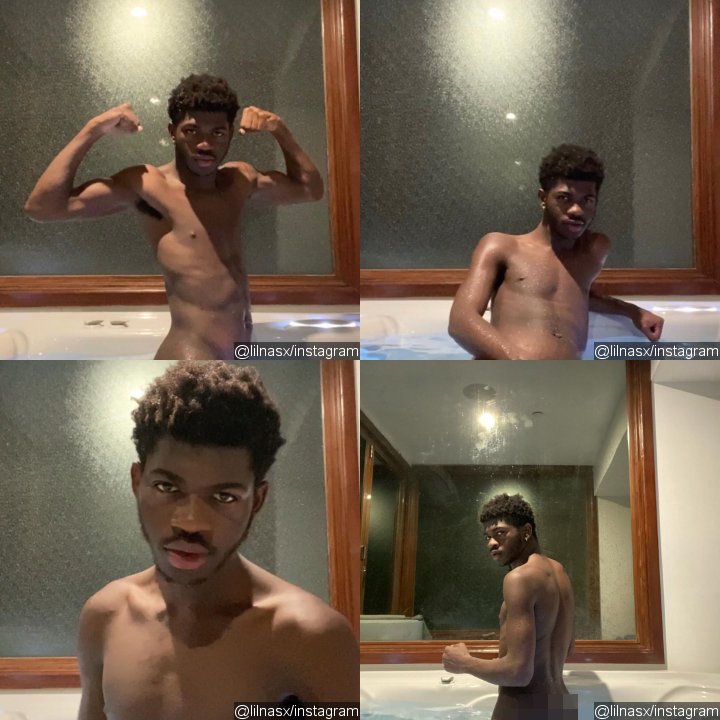 Nas X and Noah have been friends since they first met at the Rolling Loud Festival. In May 2019, however, the two found themselves being linked romantically. His family, at the time, suggested that the two started texting and Facetime-ing each other. A so-called family member additionally told MTO News that they could be considered a couple.

One month later, Nas X made use of Pride month to come out as gay. "some of y'all already know, some of y'all don't care, some of y'all not gone fwm no more. but before this month ends i want y'all to listen closely to c7osure," he tweeted on June 30, referring to his "C7osure (You Like)" song that focuses on embracing oneself.