Before the 'Die Hard' actor's dancing video makes its way out online, his ex-wife opens up about life amid coronavirus lockdown and why she is frustrated seeing people ignoring social distancing guidelines.

AceShowbiz - Bruce Willis might be stuck in quarantine with his ex-wife, but that did not mean he did not enjoy spending time with her. Weeks after it has been uncovered that he has a unique self-isolation arrangement with Demi Moore, the "Die Hard" star was caught on camera entertaining her and their daughters with his dance moves.

On Thursday, April 30, Bruce's eldest daughter Rumer Willis offered via Instagram Story a peek at her life in lockdown with her divorced parent. One video in particular captured her action star father and her actress mother standing side-by-side with music playing in the background. She then instructed them to "act like you like each other." 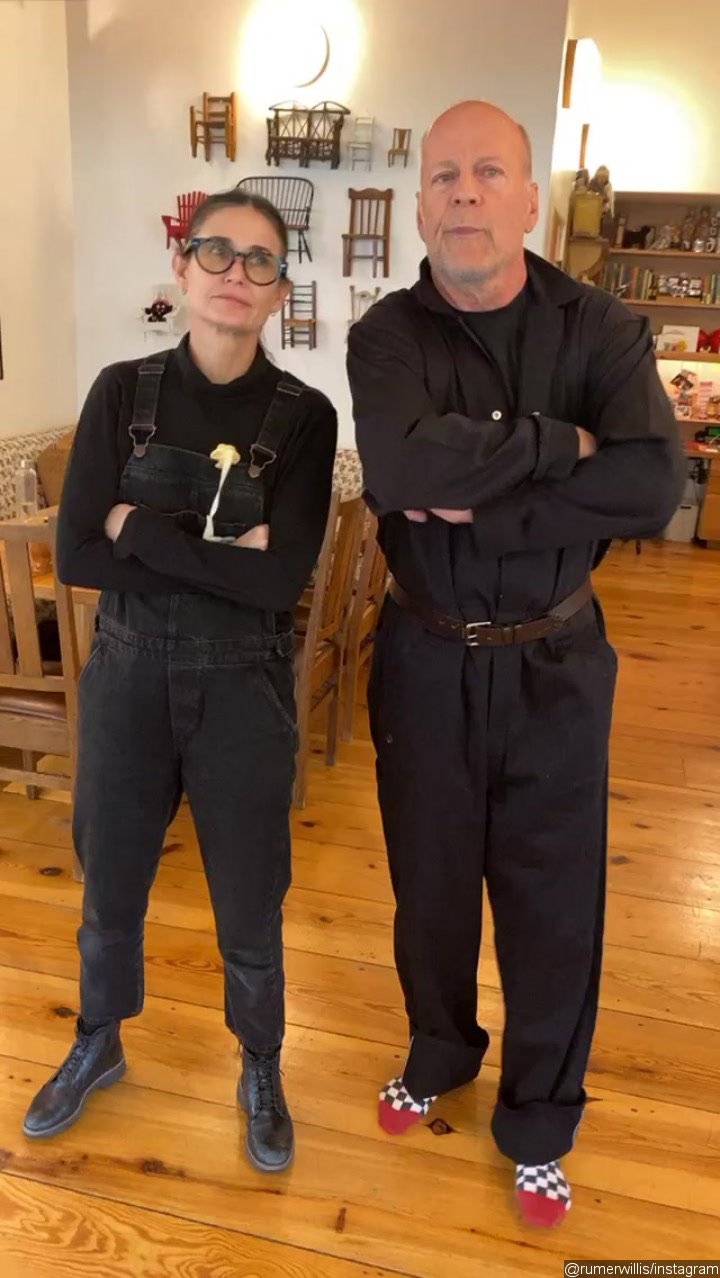 Bruce Willis and Demi Moore During Self-Isolation Together

When Demi broke into a silly dance, a family friend could be heard saying, "But not like that." The comment prompted the 57-year-old to complain, "You're so controlling." Her ex-husband, Bruce, in the meantime moved his right leg slightly to the beat of the music. He then took charge by busting into some dance moves, leaving Rumer to laugh in the background. 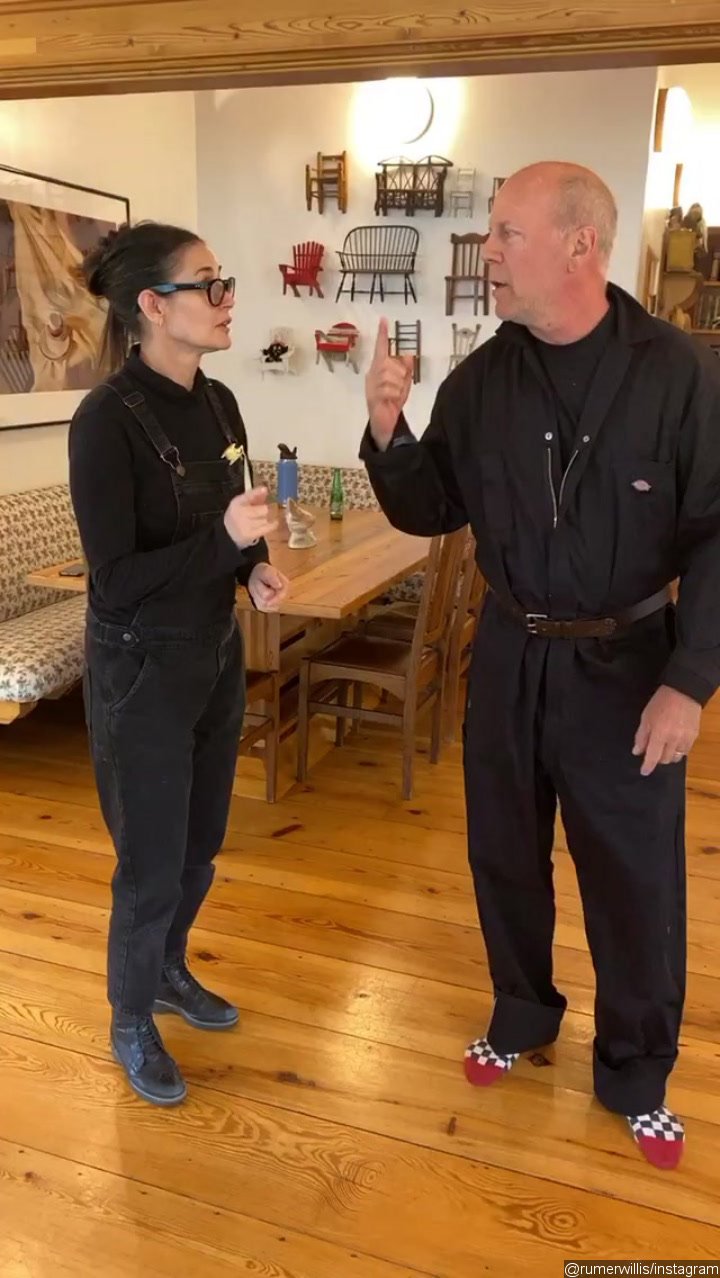 Bruce Willis and Demi Moore Before Breaking Into Dance

As he encouraged his ex to keep moving to the kitchen, Bruce exclaimed, "Bring it up. Take it down the hall." Soon, their youngest daughter, Tallulah Willis, broke into the frame to join the silliness of her parents. While Bruce stopped dancing for a while when he broke into a laugh, he went back dancing with his ex and daughter. 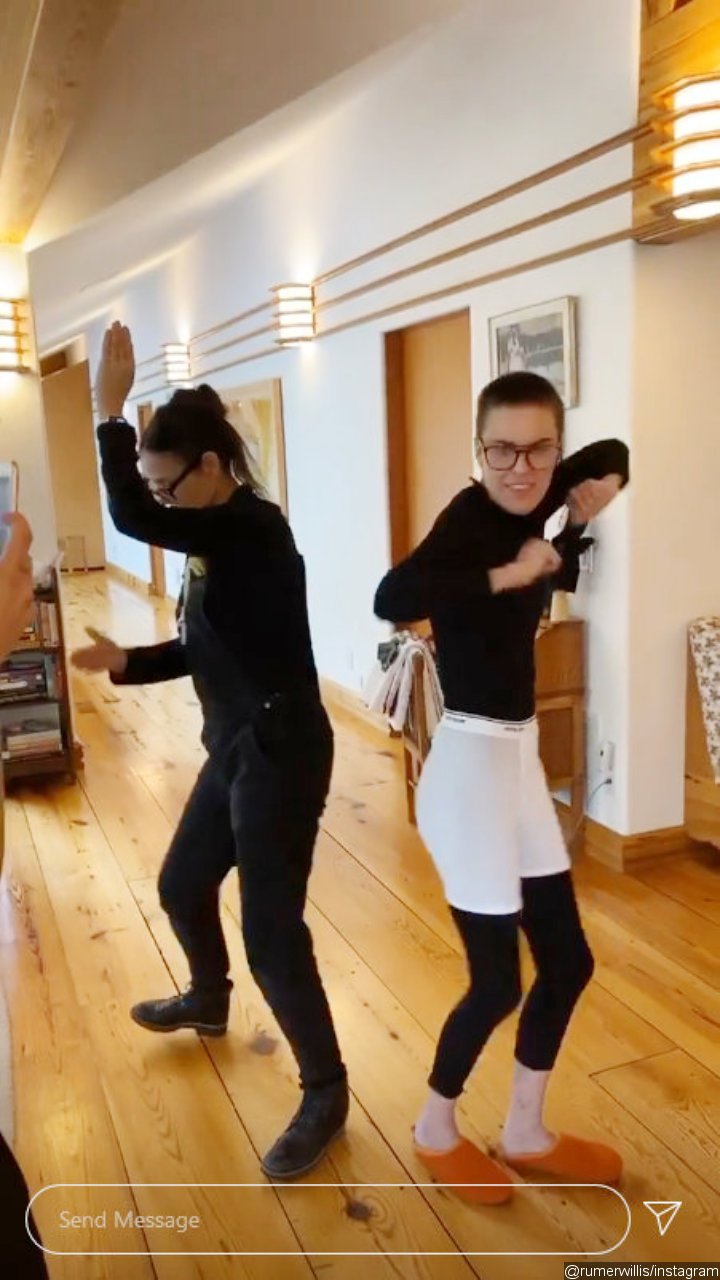 Bruce and Demi have been self-isolating together with their three adult daughters in Sun Valley, Idaho because of the COVID-19. While many were wondering why his wife Emma Heming was not included in the picture, his middle daughter Scout Willis explained that her stepmother was originally set to join them, but got stuck in Los Angeles because of a little incident.

While the exes have not addressed their unusual living arrangement in this time of crisis, Demi recently opened up about life in lockdown. Appearing in an Instagram streaming for Tallulah's clothing business, she shared tips on how to cope with fear and frustration while in quarantine.

"I think doing little things like taking those moments to do thoughtful meditation, any kind of writing, to get the emotions out and not stuff down your feelings of fear or frustration. Exercising and letting go," she advised. "We each have our own journey, and we don't know what that is for someone else."

During the chat, the "Corporate Animals" actress also shared her thought on seeing people ignoring social distancing guidelines. "First of all, knowing that that's really scary because they're placing themselves at risk for potentially contracting the virus and dying - it's okay to feel scared. That's pretty normal, and we're not alone. You're not alone to feel that way," she reminded.

The "Charlie's Angels: Full Throttle" villain went on to add, "I think the biggest thing you can do, in my opinion, is lead by example. None of us are capable of changing their belief system or what they're going to do."