When confirming the sad news, longtime agent Geoff Stanton describes the late actor as 'such a great man, a big personality and a terrific actor' and deems his passing as 'such a loss.'

AceShowbiz - Actor B.J. Hogg has died. The star, who appeared on TV hits "Game of Thrones" and "The Fall", was 65.

The sad news has been confirmed by his long-time agent, Geoff Stanton, who tells the BBC, "He was such a great man, a big personality and a terrific actor. His family must be devastated and my heart goes out to them. He was just one of the nicest people I know, or knew. He is going to be such a loss."

Hogg was best known for playing Addam Marbrand on "Game of Thrones" but he was also beloved in his native Northern Ireland for his role as Big Mervyn on BBC comedy hit "Give My Head Peace".

BJ was also a classically-trained musician who often performed live, and he appeared in the 1996 film "Dance Lexie Dance", which was nominated for a Best Live Action Short Film Oscar. 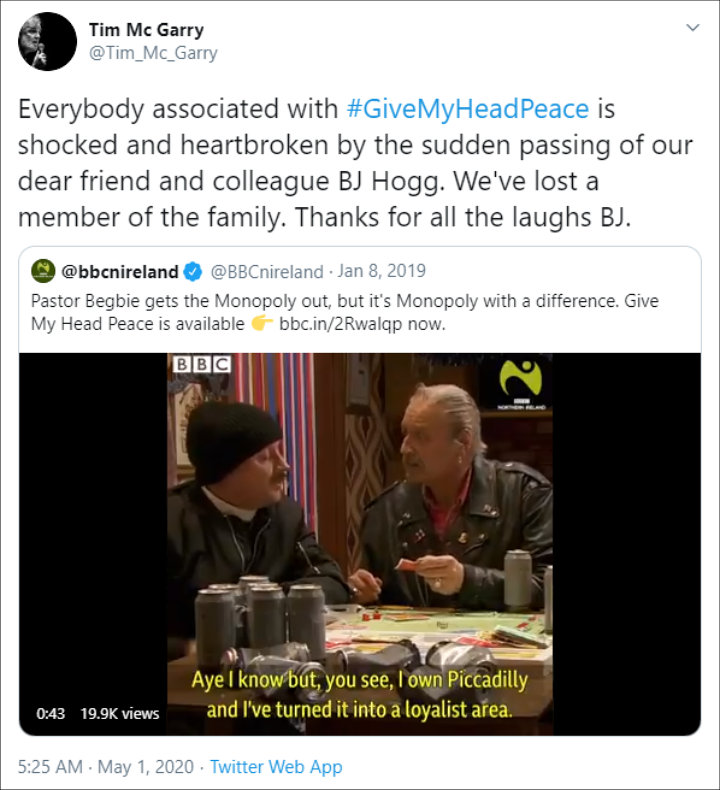 "Give My Head Peace" co-star Tim McGarry was quick to offer a tribute on Thursday, April 30, writing, "BJ isn't just a colleague of ours or a great actor, he's not just a friend, he's part of the Give My Head Peace family and we are very much a family. I was on stage with him a few weeks ago and it's just heartbreaking. He was such a lovely guy. BJ, as you probably know, was a big guy but he was a big softie as well and it is just so, so sad."