Kayla Duckworth, who got pregnant the first time when she was just 14 years old, has taken to Instagram to share pictures of her wedding to Jalani Sawyer.

AceShowbiz - Kendrick Lamar's sister Kayla Duckworth is a mother of two and a married woman at 18 years old. The younger sister of the rap superstar has tied the knot with her baby daddy, Jalani Sawyer, as she herself announced via her Instagram account.

Kayla took to the photo-sharing site to share romantic photos from her wedding day. She looked stunning in a white bridal gown with a full tulle skirt. She shared a smooch with her groom, who donned a white shirt underneath a black suit and a pink bow tie. He appeared to rock a simple black band as his wedding ring. 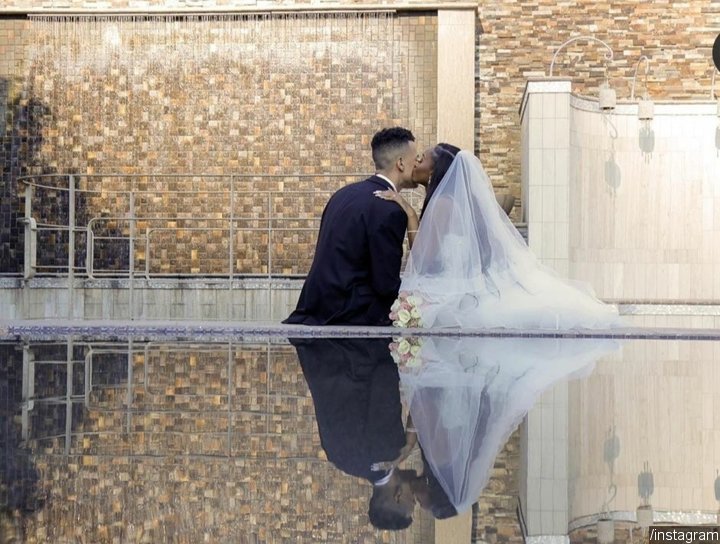 Kendrick reportedly attended the wedding, though his picture at the event has not surfaced online yet. 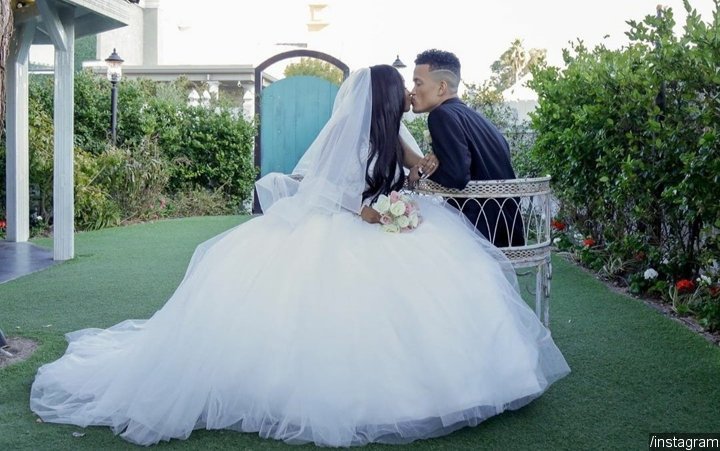 The couple already has a daughter, born in December 2017.
See also...

The couple had been dating for a couple of years prior to their nuptials and even went to prom together. Jalani, who is 19 years old, is Kayla's second baby daddy. Jalani once took to Twitter to express his love for Kayla, writing, "I just wanna let everyone know that [I] love my beautiful girlfriend, Kayla Duckworth @Silnovia, to death and this is the woman I want to be with til death do us part." 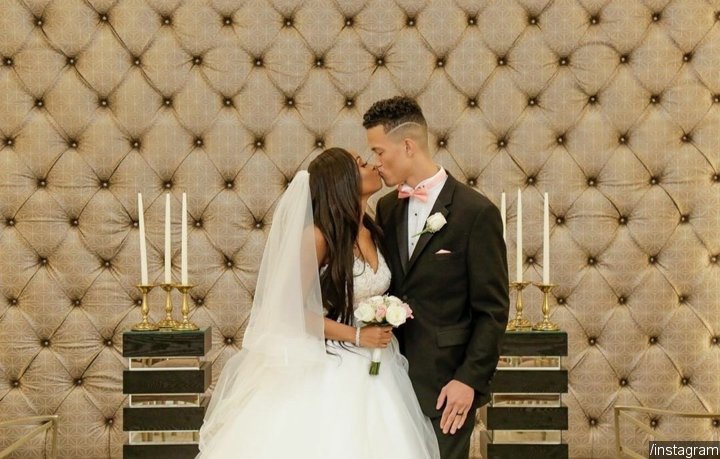 Kayla and Jalani dated for a couple of years before their wedding.

Kayla welcomed their child, a baby girl, in December 2017, when she was 17 years old. She got pregnant the first time with another guy when she was just 14 years old.

Kayla gained attention after her brother Kendrick bought her a 2017 Toyota as a graduation present. People called the "B***h, Don't Kill My Vibe" hitmaker cheap for buying her an "ordinary Toyota," regardless it's a brand new one, after she graduated from High school in June 2017.

Responding to the criticism, the 32-year-old rapper said he had a thoughtful reason for the gift. "I don't know if it's the public or it's kids on the internet that's 12 years old and 13 and figured, you know, she's supposed to have a Lamborghini by Kendrick Lamar," he said at the time. "Yeah, it's a trip."

He continued, "You know, people's perspective of me and the money that I have and the stages and places I've gone to, they probably expect me not to have the same morals and values that I have. I want to carry over to my family, to my little sister or whatnot, 'cause she's younger than me so she didn't have to go through the same struggle that me and moms had to go through." He, however, added that he also wanted to pass along a spirit of gratitude and "baby steps."

Kendrick Lamar Refuses to Be Called 'The Greatest' Rapper