Despite not explicitly mentioning the Australian plus-size model's name, the rapper makes it obvious he's rapping about her on two tracks off his newly-released album.

AceShowbiz - Lil Wayne is no longer keeping his relationship with La'Tecia Thomas a secret. On Friday, January 31, the 37-year-old rapper unveiled his highly-anticipated album "Funeral", on which he confirms his romance rumors with the plus-size model.

Despite not explicitly mentioning her name, Weezy makes it obvious that he's rapping about her on the album's sixth track "Stop Playin with Me". He spits his bars, "Ooh, I got a plus sized model/ But she my lil' mama/ I make her bust open for me like a pinata/ And as the world turned, she was my spin doctor."

He later makes it even more obvious on its ninth track "Not Me" that finds him rapping, "You know wifey from Australia, she said, 'Cheers, mate,'/ Then we toast and see how you n***s tears taste/ Mix the soda and Codeine, that's a mixtape."

It's unclear when Weezy and La'Tecia started dating. Some speculated that the two might have met through social media after he slid into her DMs while overseas, as the rapper previously said in an interview, "I saw someone on TV and I was like, 'I don't know how to get in touch with this person.' I met a very, very special person."

Back in July last year, Weezy and La'Tecia ignited engagement rumors after the latter was caught flaunting a diamond ring that was reportedly given to her by her rapper boyfriend. Neither of them has responded to this rumor.

His love life aside, "Funeral" features other 22 songs beside "Stop Playin' with Me" and "Not Me". The album, which has been teased since 2016, also sees him collaborating with the likes of Big Sean, Adam Levine, Takeoff of Migos and the late XXXTentacion.

The Young Money founder previously said of the album, "I thought y'all knew my mixtapes, my albums, they all have their little categories. You got the 'Da Droughts', you got 'The Prefix', 'The Suffix', you got 'Sorry for the Wait' 1, 2, 3, 4, you got 'Tha Carter' I, II, III, IV, V. So you have 'Rebirth', and now you have 'Funeral'. Just plain and simple, nothing else. There's no backstory. It's just 'Rebirth', 'Funeral' and maybe the next one would be 'Reincarnation'. I don't know."

'The Crown' to Conclude With Season 5, Imelda Staunton Confirmed as Queen Elizabeth II

Lil Wayne Declares He Needs a Wife Because He's 'Too Wealthy' 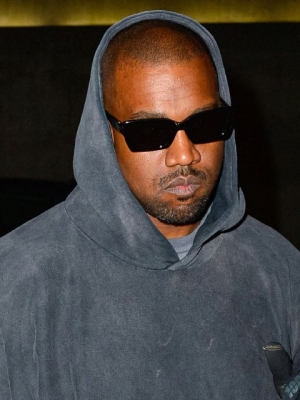