The former lovers are spotted together in Los Angeles as the 'Bang Bang' singer spends some time in the children's section of Restoration Hardware during the low-key outing.

AceShowbiz - Channing Tatum and Jessie J have set tongues wagging over the possibility of reconciliation. Nearly a month after they were reported to have called it quits, the "Magic Mike" actor and the "Price Tag" hitmaker were spotted enjoying a low-key reunion in Los Angeles.

The former couple were seen together on Sunday afternoon, January 12 as they spent around half an hour looking at kids' furniture at Restoration Hardware. "They were both dressed down in sweats and trying to be low-key," a source spilled to E! News. "No PDA but both were in great moods and together the whole time while giving their opinions on different items."

Another eyewitness informed In Touch Weekly that the two of them were joined by Everly, his 6-year-old daughter with ex-wife Jenna Dewan. "They were looking at the teepee tents for kids and other kids' furniture," the onlooker said. "They looked like a really cute family. Everly was running around and checking out the teepee. It was really sweet."

On the same day of the outing, Jessie shared a cryptic message on her Instagram Story feed. Her post simply featured an image of a warning sign that read, "NOTICE: People who make you overthink v. People who make your mind calm." 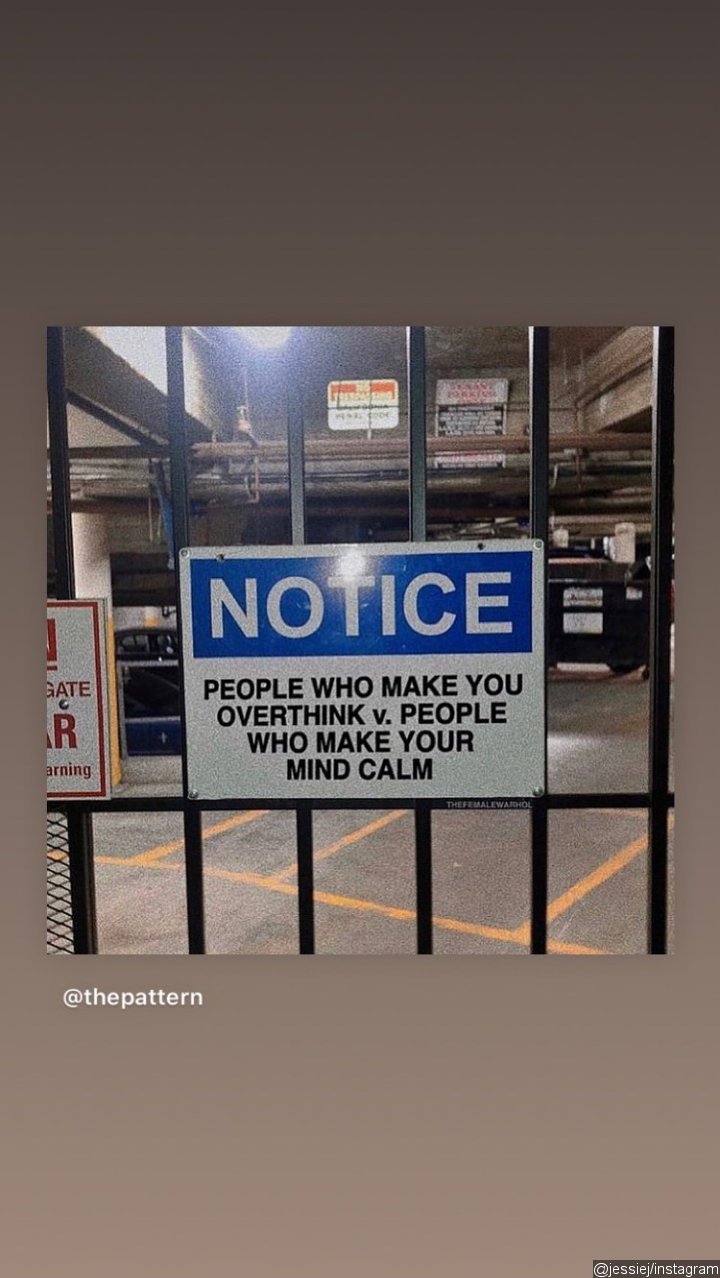 Channing and Jessie have been dating for a year when news of their split broke out. "There wasn't any drama. They just decided to part ways and are still good friends," a source said at the time. Since then, the "21 Jump Street" actor were discovered to have joined a dating app called Raya. His cheeky profile reportedly read, "And yes, I used to be a stripper. Sorry."

Jessie, on the other hand, was speculated to have been addressing their split in a late December post about healing. "Time is the gift. Time is the fear. Time is the magic. Time is the memories. Time is the change. Time is the pain. Time is the healing," she wrote. "Billions of people around the world… Are missing someone they have lost. Are feeling worthless. YOU ARE LOVED."

The "Domino" singer, however, didn't wait long to clarify what her post was really aimed for. Slamming publications for tying her post to her ex-boyfriend, she fired back by writing, "The songstress got REAL about her best friend she lost this time last year. Lying isn't journalism. They taught you that right?"

Is Summer Walker Splitting From London On Da Track? See Her Cryptic Post