The 'Dumb and Dumber' actor depicts the President of the United States as Frankenstein's monster and Russian President Vladimir Putin as his maker after the POTUS was impeached.

America's House of Representatives voted on Wednesday whether to remove Trump from his position as POTUS, on charges of abusing his power and pressuring Ukraine to interfere in the 2020 election, and obstruction of the impeachment inquiry process.

He will now face a trial in the Senate, with all 100 Senators acting as his jurors.

Following the news that Trump has become the third U.S. president in history to be impeached, several famous faces, including Bette Midler, Meek Mill, Alyssa Milano, and Josh Gad took to social media to rejoice in the news - and Carrey soon followed with his own piece of original artwork.

Depicting Trump as Frankenstein's monster choking his maker, the cartoon President is seen leering over a figure who bears a strong resemblance to Russian President Vladimir Putin.

"That night, Donald had a very strange dream," Carrey captioned the piece. 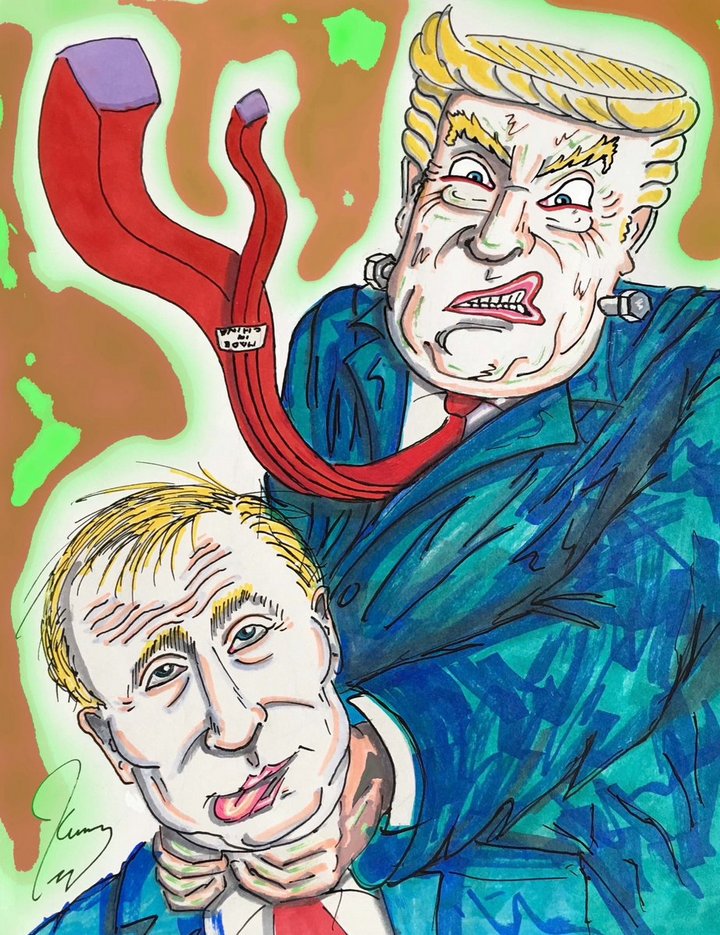 It's not the first anti-Trump cartoon by the actor/artist, with the "Dumb and Dumber" star sharing a Moby Dick-themed piece and suggesting the President "beckons all those who enable his madness to their doom."

Florence Pugh Credits Nude Scenes for Helping Her With Insecurities