The Swedish singer/songwriter also describes herself as 'middle eastern and brown' while correcting a fan who ravingly calls her 'an unproblematic white girl with the voice of a sultry angel.'

AceShowbiz - Michael B. Jordan and his rumored girlfriend Snoh Aalegra recently appeared to confirm their relationship as they get steamy in her new music video. As if it's not shocking enough, now the Swedish actress claims that she is half black despite her Iranian descent.

In one of her old tweets dated back to February of this year, the 32-year-old said her Iranian father is black. "My dad was dark and had an afro. We also have black people in Iran too. all colours. My mom is light and has green/brown eyes," she replied to fans' question about her race. 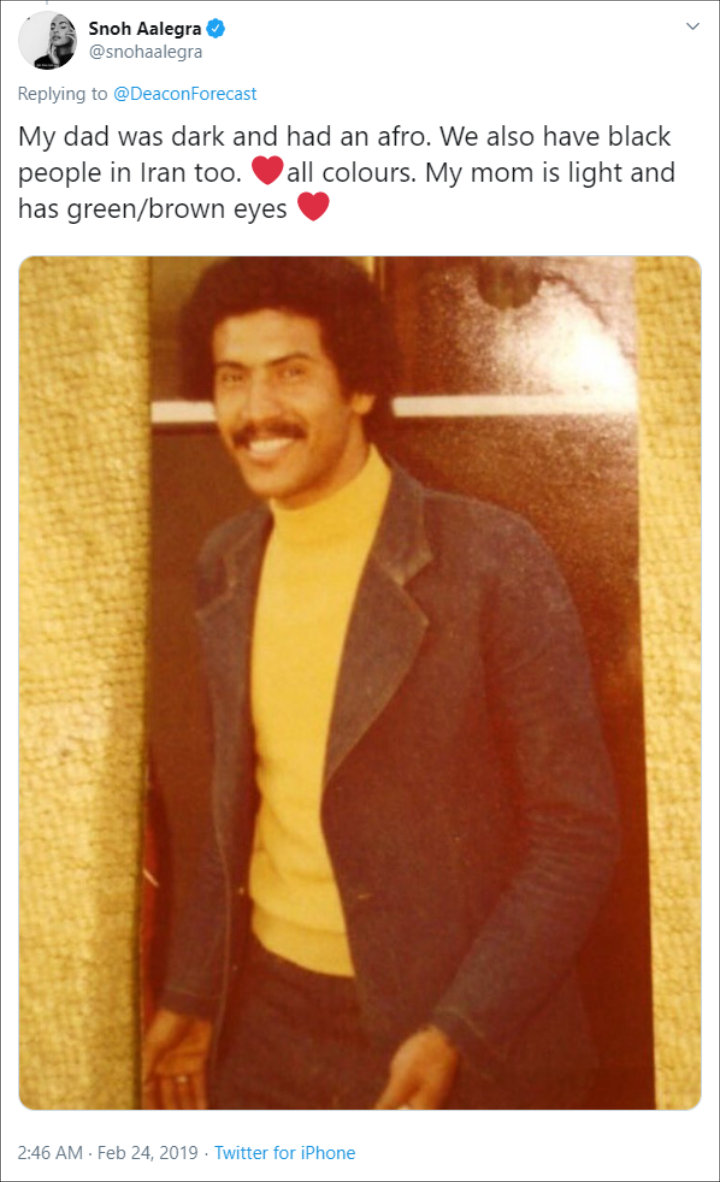 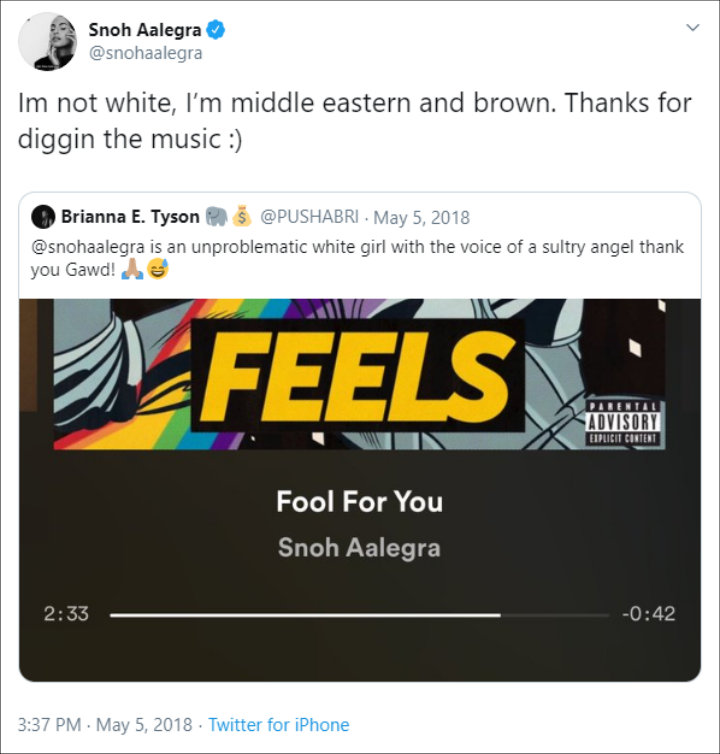 The Swedish singer describes herself as 'middle eastern and brown.'

Not all, however, are convinced that Snoh is half black, with one responding to her claim, "Your name is Snoh. U must be white haha." Some people have also speculated that she might be claiming she's half black to help with Michael's image as he has been criticized for not dating black women.

Michael and Snoh's dating rumors first hit the web in November, with one of his friends revealing that they "have been dating for months." The friend added that "they appear to be getting pretty serious."

Snoh appeared to hint at their romantic relationship as she made a low key post of him on Instagram Stories in the same month. She posted a picture of a pair of legs sporting military green cargo pants. It was believed that the "Black Panther" star is the owner of the legs since the pants are apparently from one of the actor's collection for a collaboration with COACH.

While they remain mum on their relationship, the alleged pair show their affection towards each other in the music video for Snoh's song "Whoa". In the clip, they are featured kissing while sitting in the middle of the street, cozying up to each other in a bedroom and dancing together.

Michael B. Jordan Gets Risque With Lori Harvey in New Selfie

Michael B. Jordan Revs Up Support for Black People With HBCU Basketball Tournament