The 'Power' co-creator gets flirty as he applauds the 'Truth Hurts' hitmaker and calls her 'big sexy' in a new video that shows her twerking in a red sheer leotard. 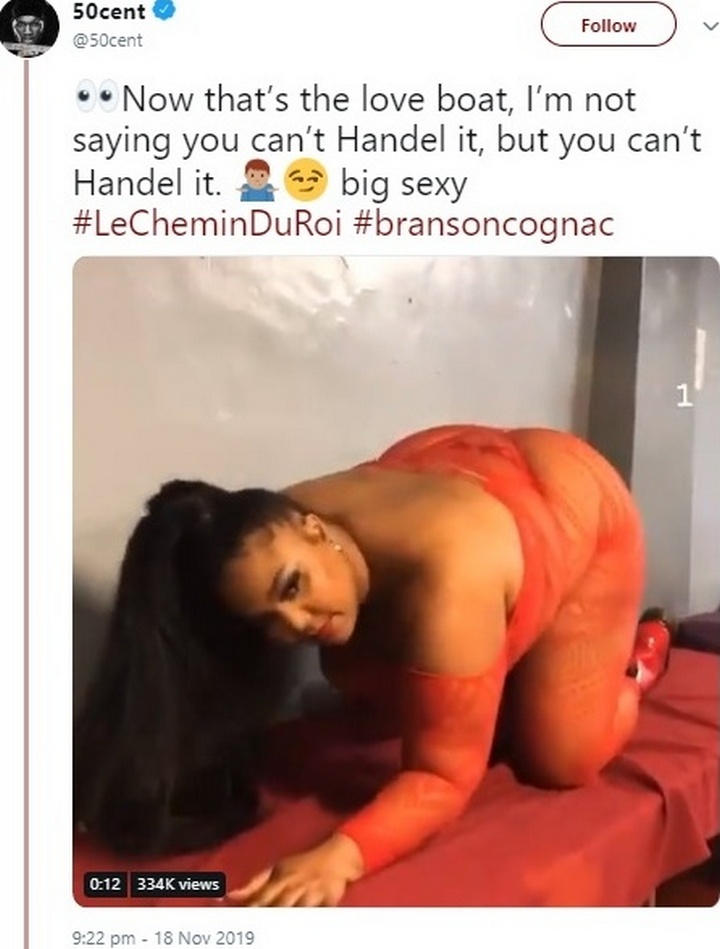 50 Cent gets flirty with Lizzo

It was a short clip that featured the "Truth Hurts" hitmaker showing off her curves in a sheer red leotard, a high ponytail, and red boots. She was writhing and twerking on a low table. "Pepper is just dry hot sauce," so she wrote in her Instagram caption.

Lizzo hasn't responded to 50 Cent's tweet, but she already met the rapper back in 2017. "If you could ask 50 cent any question... what would it be?" she asked her Twitter followers back then. "I asked him everything y'all told me to."

50 Cent relocated from Instagram to Twitter after his Instagram disappeared a week ago. His page couldn't be accessed after he trolled the likes of Naturi Naughton, Tank, Kanye West, Cuba Gooding Jr., T.I., and Nelly.

Wiithout mentioning his Instagram disappearance, he later posted on Twitter screenshots of Bloomberg article about a group of Chinese hackers called "50 Cent Army." He commented, "What is this s**t, I'm trying to find my army. Do I have to go to China to find my Army ... I just want to be apart of it. LOL."

The rap star then denied rumors that he got banned from the social media, "LOL Im cool with all these false report, if you don't know why something happens you can't just make some s**t up smh I turned my own IG page off SUCKERS."

50 Cent also cleared up the misunderstanding regarding his latest post about Naughton. He posted a meme that compared the actress to Goro from Mortal Kombat. He was seemingly angry for Naughton as he wrote in the caption, "[upset face emoji] Who the f**k did this, power is #1," but many people were not impressed with him.

"I was sticking up for her, they just went and made some s**t up," he defended himself. However, one fan said he only made the meme mainstream and more popular by posting it on his timeline and another criticized him for nonchalantly promoting his show "Power" while supposedly defending Naughton.

Megan Thee Stallion Dating Tristan Thompson? He Invites Her to His Game and Dinner for Two

Donald Trump Jr. in Quarantine After Testing Positive for COVID-19