After slamming 'false report' that speculates on the reason why his Instagram account gets deactivated, the 'Power' star claims he likes Twitter than the photo-sharing site.

AceShowbiz - 50 Cent has denied reports saying that his Instagram account was possibly deactivated over his comments about Naturi Naughton. After the rapper's account suddenly disappeared on Wednesday, November 13, some sites speculated that he was banned for trolling the "Power" actress.

Now, the 44-year-old actor has taken to Twitter to slam the "false report." Insisting that it was his own decision to shut down his Instagram account, he tweeted on Sunday, November 17, "LOL Im cool with all these false report, if you don't know why something happens you can't just make some s**t up smh I turned my own IG page off SUCKERS." 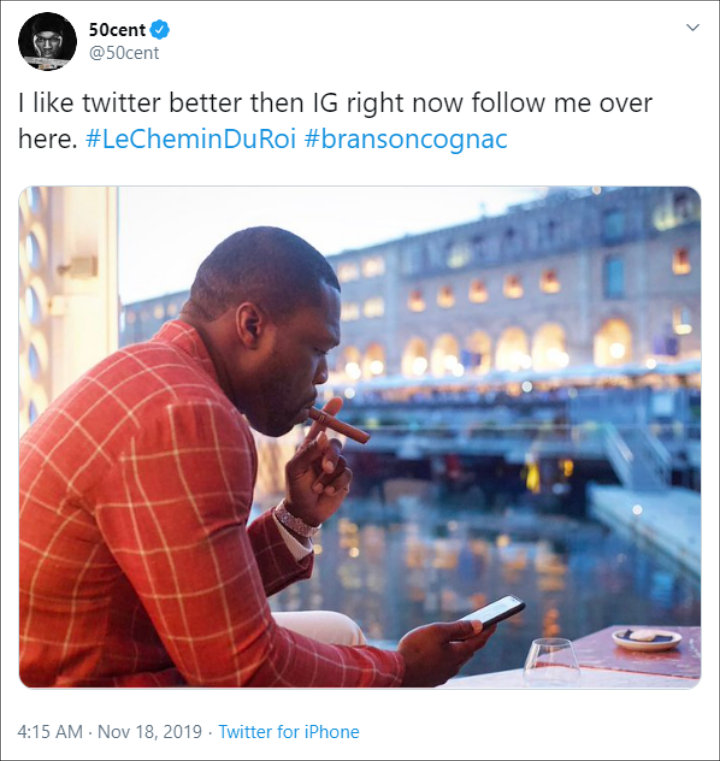 He also responded to a Twitter user who was confused about 50 Cent's post, which many assumed was an insult to Naturi's hairline. The post compared the actress' ponytail to freakishly-muscled Goro's from "Mortal Kombat". He wrote with the meme, "Who the f**k did this, POWER is #1."

Denying that he mocked his co-star, 50 Cent replied to the said user, "I was sticking up for her, they just went and made some s**t up."

Naturi also got the wrong message from 50 Cent's post as she responded to his comment, "Did we have a fight and I not know about it? so confused."

50 Cent previously appeared to hint that his Instagram page was deactivated because it was mistakenly thought as a part of the Chinese hacker gang. He posted an article about a notorious Chinese hacker gang which shares the same name with him and that social media platforms, like Twitter, attempting to block the gang, known as 50 Cent Army.

However, Instagram has not offered an official explanation as to why the star's account disappeared from the site.

50 Cent: I Told Eminem to Say Nothing to Nick Cannon Over Diss Tracks