Many people put the rapper on blast for going too far by posting a picture that compares the 'Power' actress to freakishly-muscled Goro from Mortal Kombat.

AceShowbiz - 50 Cent faced backlash on Twitter. The rapper seemingly mocked "Power" star Naturi Naughton again as he posted a meme comparing her to freakishly-muscled Goro from Mortal Kombat. It was a picture of the actress with her fierce ponytail put next to the video game character who has a bald head with a high ponytail. 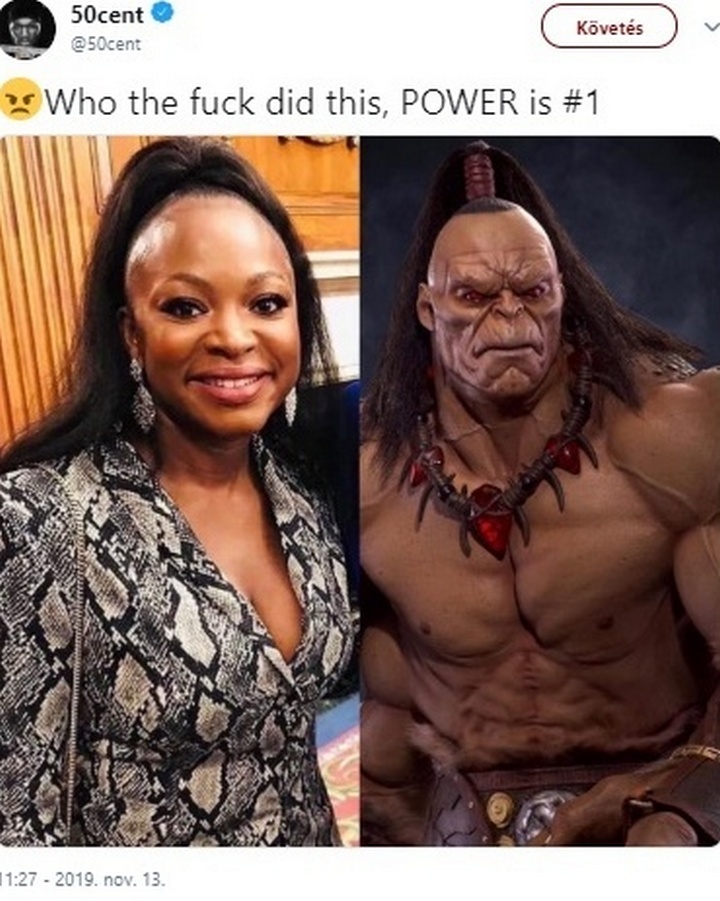 The rapper's insensitive post about Naughton came just after his Instagram page disappeared. It's unclear if he deleted his account or it was suspended due to inappropriate contents.

50 Cent has been notorious for trolling his fellow celebrities on social media. It was the second time he made fun of Naughton. The first time he did it, the actress reacted and called him "mean." "Don't I make you look good every Sunday night?" she said, referring to her role on his Starz hit drama series.

"Yes you do a great job on the show @naturi4real. I'm sorry if I hurt your feelings," he apologized back then. However, he didn't take down his insensitive post despite regretting it.

50 Cent also took a jab at Tank over the latter's controversial claim that giving an oral sex to another man twice didn't make someone gay, roasted Kanye West over his sad "Brunchella," and was not impressed with the way Cuba Gooding Jr. paraded himself in public amid groping accusations against him.

He also took a swipe at T.I. after the latter revealed that he took his daughter Deyjah to doctor to get her virginity checked. Most recently, he poked fun at Nelly for "stealing" Floyd Mayweather, Jr.'s former girlfriend.