Producer Brian Grazer spills that the 'Bad Times at the El Royale' actress can be expected to sing 'I Knew You Were Waiting for Me' and 'Freeway of Love' for the National Geographic series.

AceShowbiz - Cynthia Erivo has been tapped to portray Aretha Franklin in the next "Genius" series for National Geographic.

The "Bad Times at the El Royale" star jumped at the chance to play the Queen of Soul, because she has always been a huge fan.

"Aretha Franklin has been a source of inspiration for me since I was a little girl," she says. "Her strength, passion and soul are evident in her everlasting legacy, not only as a transcendent artist, but as a humanitarian and civil rights icon".

"To have the opportunity to bring her legacy to life and show the fullness of her being, her humanity and brilliance, is an honour. What I know and have learned about what my voice, as an artist, can do and the power in it has been highly influenced by Franklin. I feel privileged and excited to be a part of the sharing of her genius".

Erivo, who performed at an Aretha Franklin tribute show following her death, will sing "I Knew You Were Waiting for Me", "Freeway of Love" and "Sisters Are Doin' It for Themselves" for the series, according to producer Brian Grazer.

"Cynthia Erivo blew me away," he explains. "Not only is she an incredible and bona fide star, but she is soulful and has tremendous depth as a musical artist. Cynthia is the perfect person to portray the profoundly human story behind the genius that is Aretha".

Erivo isn't the only person tackling Franklin for a major new project - Jennifer Hudson is playing the singer in a new biopic. 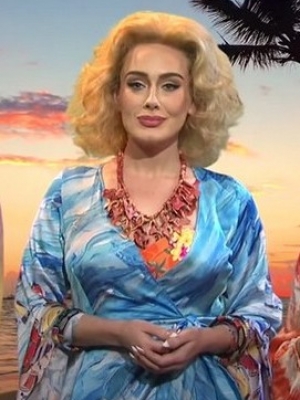