Larissa addresses the whole thing in a lengthy post on Instagram Stories in which she clarifies that 'nothing happened, not even a kiss' during the friendly meetup with Corey.

AceShowbiz - "90 Day Fiance" star Evelin Villegas had a breakdown after she found out that her fiance Corey Rathgeber hung out with season six star Larissa Dos Santos Lima. In a lenghty Instagram Live video on Thursday, October 3, Evelin tearfully blasted both Larissa and Corey.

"Corey is hanging out with Larissa right now, as all of you can see. It makes me a little upset and I'll explain why," she said to her followers in the video. "Because it's not that he is just hanging out with a cast member. That's a date, basically. It's messed up."

The Ecuador native later took a jab at Larissa, even though she insisted that she had no bad blood with her. "It's cool. I love Larissa; I always did. I still like her. But the problem is she's making fun of it," she continued saying. She's a friggen w****e. Because women don't do that to other women." 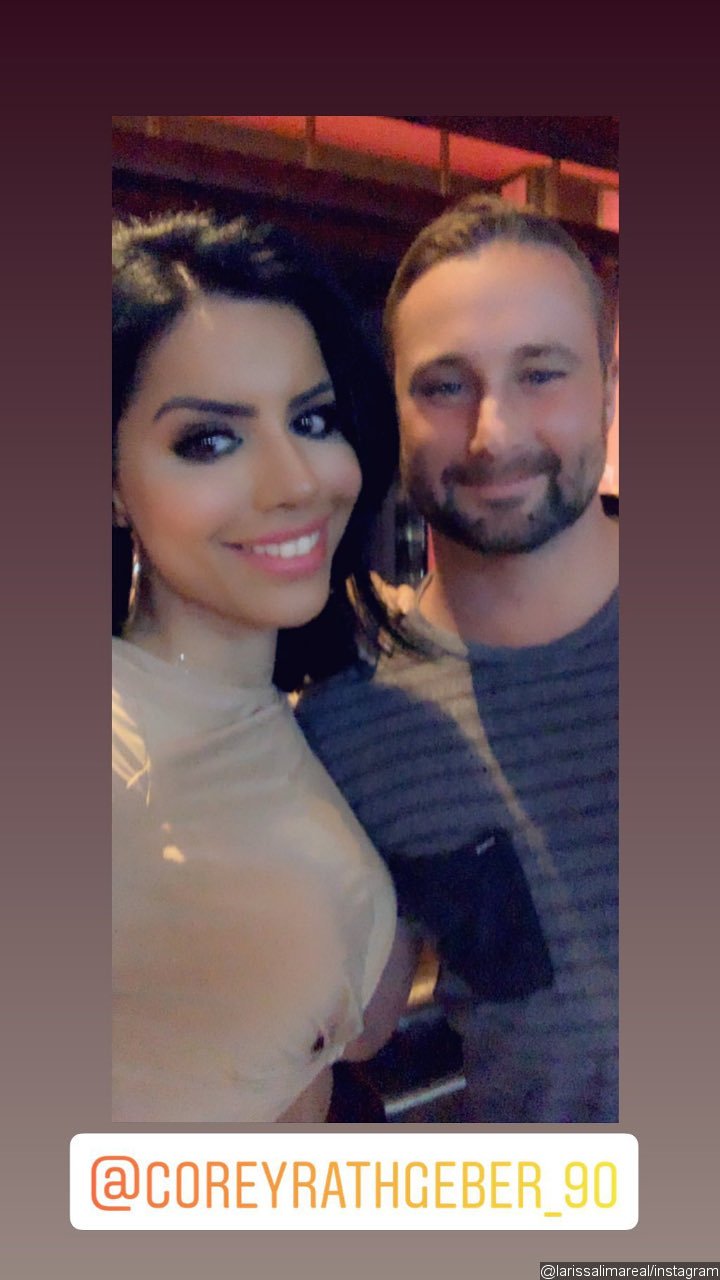 Larissa Dos Santos Lima shared a picture of her and Corey Rathgeber's outing.

"She should be more respectful toward other women. She's making fun of somebody else, of a man who is supposed to be taken. ... Does she think about my feelings?" Evelin added, before taking aim at her soon-to-be husband. "Corey is losing it with this show. I don't even know who he is anymore," she said.

Corey, meanwhile, tried to assure his fiancee that nothing happened between him and Larissa and that was just a friendly meetup. "Evelin I love you from the bottom of my heart I always will! You are the world's most beautiful and amazing women I could ever ask for. For those of you wondering about me and Larissa. We met up as friends, that's how it is," Corey wrote on Instagram alongside a picture of him and Evelin.

"For those saying anything more about that subject are wrong and creating rumors. Just like how I met up with David And Annie same scenario. Evelin is my world. I'm attracted to Evelin not to her. She deserves the best and I love her with all my heart," he added.

As for Larissa, she addressed the whole thing in a lengthy post on Instagram Stories. Hitting back at Evelin, the Brazil native said, "Nothing happened, not even a kiss. I posted our picture because it was an innocent date and we are both adults."

"I woke up this morning with people sending me a live video from Evelin, she was very mean and she called me all kind of names, including a w***e, which I thought was very unfair since she had no idea what happened," she continued firing back. "If she believes she is in a relationship, she should talk to her man to find out what happened instead of make assumptions about someone she does not even know well. I give her advice and support when she crying out asking me how deal with haters in my DM." 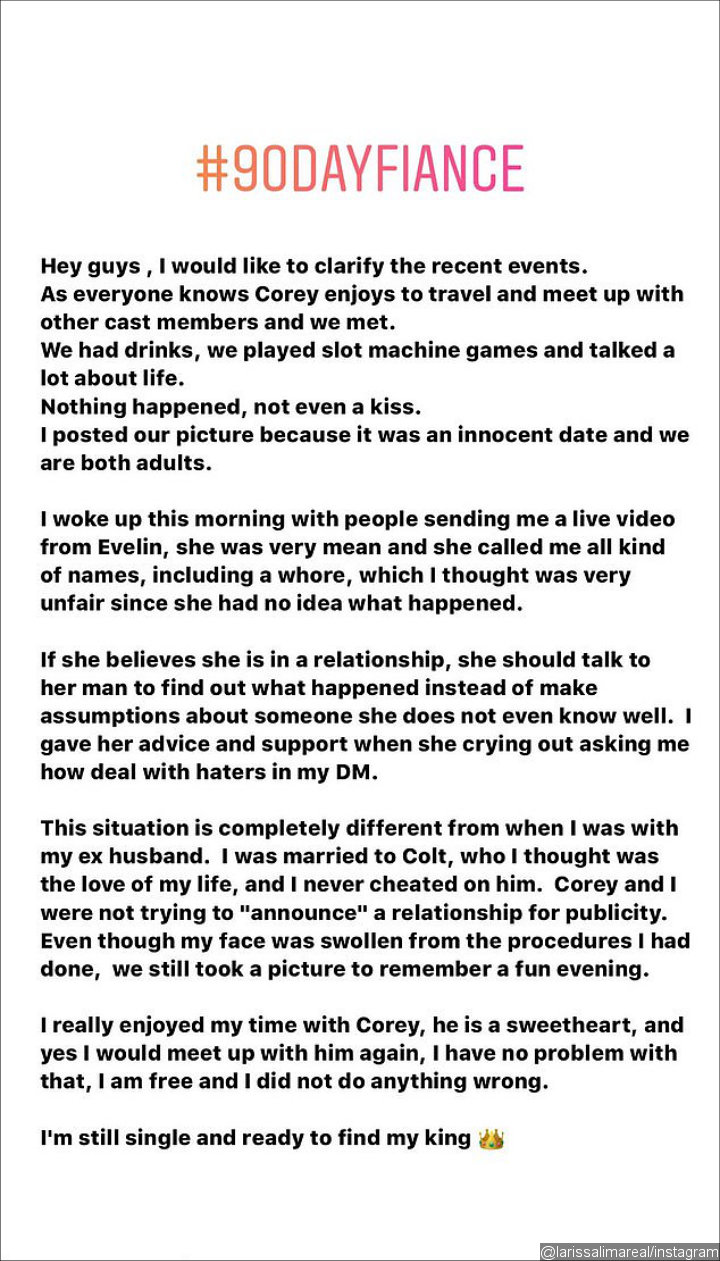 Larissa clarified the meeting and fired back at Evelin.

After dubbing Corey "a sweetheart," Larissa concluded her post, "I'm still single and ready to find my king."