The 'Cruel Intentions' star receives positive responses from fellow celebrities like Sarah Hyland and Christina Milian after sharing the new racy picture, but some haters tell her to 'wear [her] pants.'

AceShowbiz - Selma Blair is unapologetic after sharing a new racy picture of herself. The "Hellboy" star went NSFW in the photo posted on her Instagram page on Saturday, September 7 as she went naked on the lower half of her body.

The 47-year-old actress, who was diagnosed with multiple sclerosis in August 2018, caressed her bald head in the bold portrait as she looked at herself in the mirror. She wore a pink-and-green tweed jacket by Thom Browne and held a crab-shaped handbag, also by Thom Browne, strategically to cover her modesty.

"Portrait of a lady," she captioned the shot taken in California by NYC-based portrait photographer Art T. 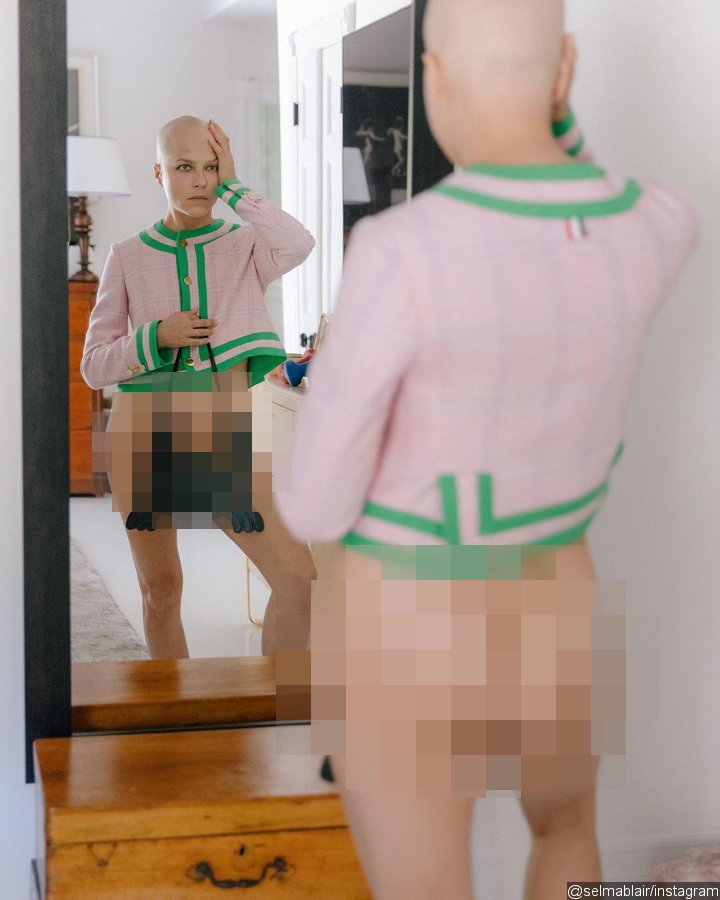 Jaime King commented, "I love you cutie booty," and Demi Moore expressed her opinion with a string of heart, fire and clapping hands emojis among others. Meanwhile, Selma's "Cruel Intentions" co-star Sarah Michelle Gellar joked, "You know they have medicine for that," referring to the crab purse.

But some haters blasted Selma for the half-naked shot. "Wear your pants," one told her. Not remaining silent, the actress quickly responded, "I don't have any. Can you believe it! Minimalism." Another wrote, "Sorry unfollowing," to which Selma sarcastically asked, "Is it something I said?"

When another user commented, "I don’t get it but that's just me. It's a tough disease but never lose your dignity, Selma. I get the shock factor though," Selma explained what the picture meant to her, "I think it's a vulnerable, humorous, odd and interesting fashion shot. I like it."

Selma later posted on Sunday a picture of a "bald barbie" recreating her half-naked pose. "Thank you @looploft for making my day," she wrote in the caption, hinting that she got the doll from a supportive fan.

Selma Blair Wants to Make a Cameo in 'Legally Blonde 3'