Some people, on the other hand, are bothered by the fact that the 'Teen Mom OG' alum is making her 10-year-old daughter Sophia wear a bikini too at the landmark.

AceShowbiz - Farrah Abraham's Europe vacation is surely something else. The "Teen Mom OG" alum is currently taking a trip to Paris, France after attending the 2019 Venice Film Festival in Italy, and just days after her arrival to the city, she already got people talking due to her recent bizarre outing.

Just like everyone else, Farrah and her daughter Sophia visited Eiffel Tower while they are visiting the city. It sounded normal at first, until you realized that the mother-daughter duo were wearing swimsuits while hanging out around the famous landmark. Further catching attention, the "Ex on the Beach" alum showed off a good amount of underboobs and cleavage as she rocked a light pink bikini top and maroon bikini bottoms.

Sophia, on the other hand, looked adorable in a tank top-styled top with a ruffle in the front and a patter of yellow lemons in addition to matching bikini bottoms. The 10-year-old girl additionally styled her hair into a messy bun. 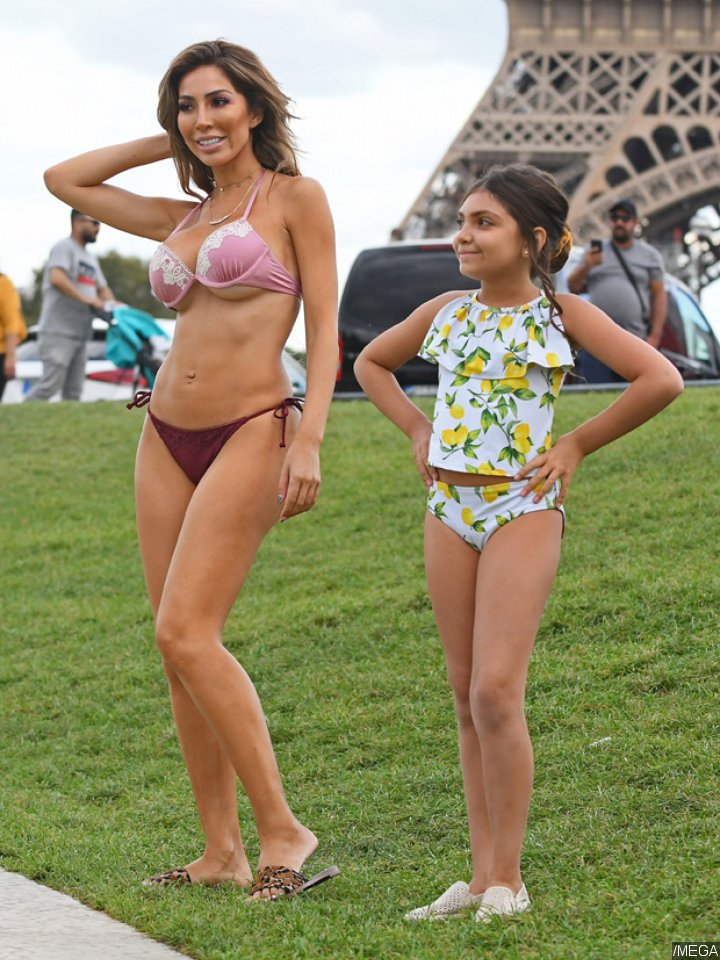 Given that they were in Eiffel Tower and not a beach, many people were baffled by their fashion choice and heavily criticized Farrah. "I have so many questions. Sophia looked cute but they should be on a beach not in front of the Eiffel Tower," one said. Some others, meanwhile, slammed her for making her daughter wear a bikini when she is just a child.

Someone noted, "This is so outrageous and so very wrong. What chance does this child have with this woman as a mother? Where are the authorities?" Another wrote, "I feel as if she is grooming her daughter to act like her and I worry about her trafficking her child it's sad and sick." On the other hand, an individual said, "Sexualizing her daughter, sick. No investments so now just pimp out your daughter."

Farrah has yet to respond to the backlash.