The 'Hold It Against Me' hitmaker flaunts PDA with her model boyfriend when making a surprise appearance at the Hollywood premiere of 'Once Upon a Time in Hollywood'.

AceShowbiz - Britney Spears has once again sparked engagement rumors as she made a surprise appearance at the Hollywood premiere of "Once Upon a Time in Hollywood". The 37-year-old singer attended the event, which was held in Los Angeles on Monday night, July 22, with her boyfriend Sam Asghari, marking their first red carpet appearance as a couple.

The two packed on the PDA on the red carpet, locking lips while posing for photographs. Britney flaunted her curves in a red tight-fitting one-shoulder short dress with a tiny cutout in the middle of her chest. She paired it with black heels and wore a glittery silver choker necklace for a touch of glamor. 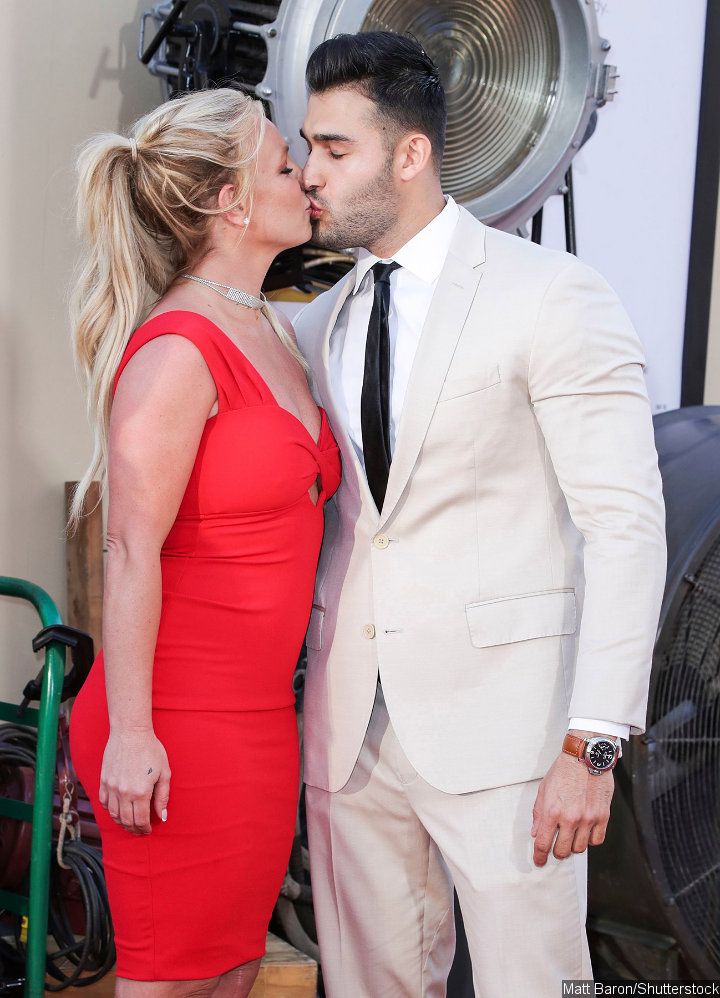 Britney Spears and Sam Asghari show some PDA at 'Once Upon a Time in Hollywood' premiere in Los Angeles.

But it was another piece of jewelry, her ring, which gained a lot of attention. The "...Baby One More Time" songtress rocked a sparkly diamond band on her left ring finger, sparking speculations that she's engaged to her boyfriend of more than two years. 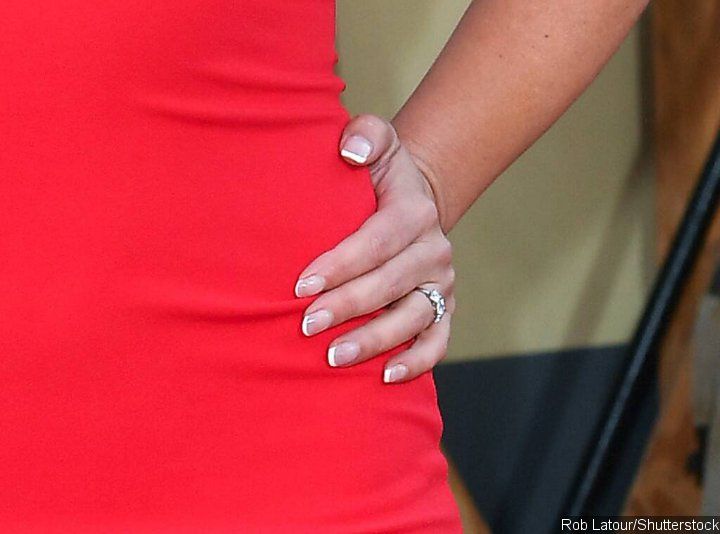 The singer sparks engagement rumors with a diamond band on her left ring finger.
See also...

The couple has not addressed the engagement rumors, but Britney took to Instagram to boast about their date night. Sharing their pictures in their formal outfits before heading to the theater, the blonde beauty wrote in the caption, "Our first premiere @samasghari."

Her model boyfriend looked handsome in a tan suit with a white shirt and a black tie. He completed his look with a brown leather watch and suede shoes in matching hue. The two were all smiles in the photos.

This isn't the first time Britney and Sam were rumored to have been engaged, though. The pair, who have been together since late 2016, were previously reported ready to tie the knot after the pop star was spotted wearing what appeared to be an engagement ring while hitting the beach in Hawaii in early 2018.

The "Once Upon a Time in Hollywood" premiere also attracted the movie's cast, including Leonardo DiCaprio, Brad Pitt and Margot Robbie, as well as director Quentin Tarantino.

New Season of 'LHH: Hollywood' Will Be the Biggest Season With 26 Cast Members

Video: Swae Lee Explodes at Fans for Throwing Water on Him

T.I. and Tiny's Son King Harris Slammed for Picking a Fight With Restaurant Employees Over Pickle

NBA YoungBoy and GF Jazlyn Mychelle May Have Secretly Married

Thandiwe Newton Caught on Dinner Date With Boyfriend Lonr. After His Family Labeled Her 'Crazy'