Also getting rave reviews from the judges is female Malambo group Revolution with judge Gabrielle Union praising them for having 'so much energy and so much passion.'

AceShowbiz - The final round of season 14 auditions of "America's Got Talent" aired on Tuesday, July 9. The night kicked off with a performance from Japanese tambourine artist named Gonzo. Gonzo charmed the judges, Simon Cowell, Julianne Hough, Howie Mandel and Gabrielle Union, with his hilarious and wild performance. He went to the next round.

The next performer was Detention officer Olivia Calderon, who took the stage to sing a beautiful rendition of "Mi Manera". Simon was totally impressed by Olivia's vocals and gave her a yes. The other judges equally loved her performance, so she made it through the next round.

Meanwhile, acrobatic duo MainTenanT offered one of the hottest acrobatic performances ever. The married couple showed off their crazy skills as they performed to Bishop Briggs' version of "Never Tear Us Apart". Julianne were blown away, telling them, "You guys are by far the best acrobatic act that I've seen." Unsurprisingly, the two moved forward.

Also getting rave reviews from the judges was female Malambo group Revolution. Gabrielle praised the group, saying that "they had so much energy and so much passion and so much pride." They headed to the next round.

Next up were Mysterion and Steffi Kay of The Sentimentalists, who hit the stage to flaunt their mind-reading skills. Howie, however, wasn't too thrilled with the performance and Simon agreed with him. But that didn't stop Mysterion from trying to win the judges' hearts. He did another trick and Simon admitted that it was better.

Swedish singer Chris Klafford took a huge risk by singing John Lennon's "Imagine". Despite the risky song choice, his performance was praised by the judges. Following him was Matthew Richardson, who is a hoop aerialist. Julianne was stunned and told him that his performance was "unbelievable." He got a yes from all four judges.

Also performing that night was 65-year-old Robert Finley. The Vietnam War veteran sang an original song called "Get It While You Can" and he moved on to the judge cuts. Comedian Kara with a K was also sent to the next round after she performed a hilarious performance in which she pulled out a burger and fries from her bra.

Concluding the night was 12-year-old singer Luke Islam. Dreaming of making it to Broadway, he opted for a gorgeous rendition of "Waitress" soundtrack "She Used to Be Mine" by Sara Bareilles. His jaw-dropping set earned him a standing ovation, and the judges couldn't help but shower him with praises.

"You killed it!" Gabrielle raved. Meanwhile, Julianne told him, "You have something so special," making him cry. Not stopping there, Julianne further made things emotional for Luke when she hit her Golden Buzzer for him!

'AGT' Recap: 5 Acts Sent to the Live Shows in First Round of Judge Cuts 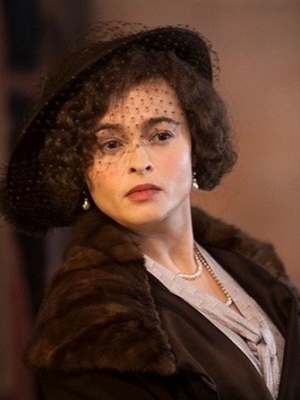