Jimin, Jungkook, V, RM and Jin can't help poking fun at their bandmate J-Hope for posting on Weverse a picture of his legs on a plane during a flight to Japan.

AceShowbiz - BTS' (a.k.a. Bangtan Boys) members clearly have a lot of fun with their newly-launched fan community, BTS Weverse. Having been posting updates and interacting with fans on the application, the "Mic Drop" hitmakers most recently ganged up on one of their own, J-Hope.

It all started when the 25-year-old singer, whose real name is Jung Hoseok, posted on Weverse a picture his legs being rested across his seat on a plane. The photo was likely taken during the group's flight from Seoul, Korea to Japan on Thursday, July 4. 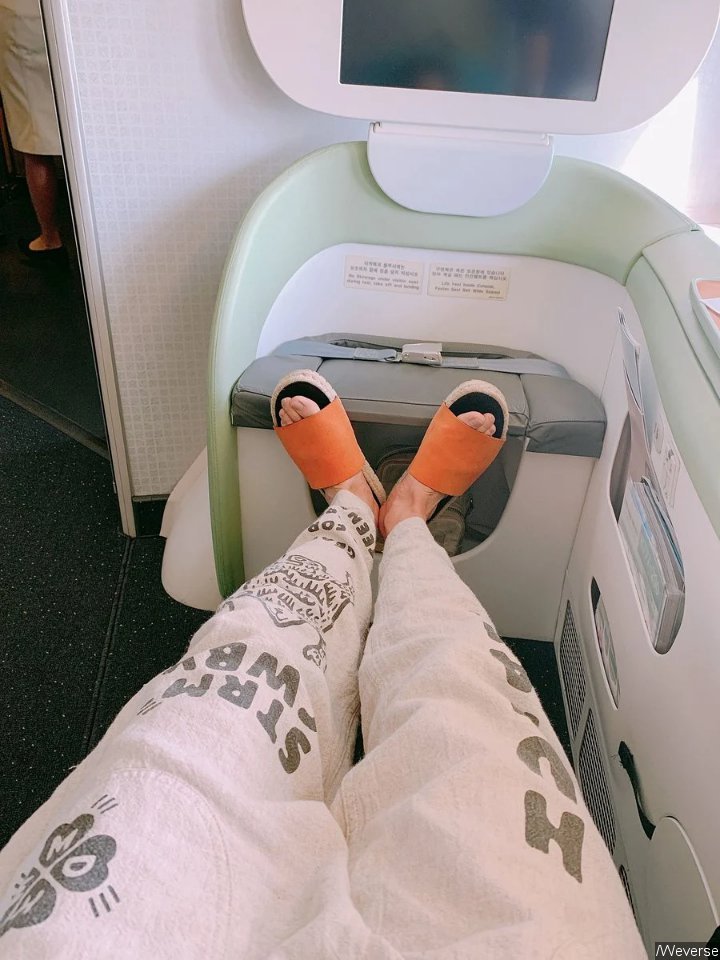 J-Hope posts a photo of his legs on Weverse.

Noticing J-Hope's weird post, his friends couldn't help poking fun at him by imitating his pose. Jimin, Jungkook, V, RM and Jin took their own versions of their leg photos and posted them on Weverse. 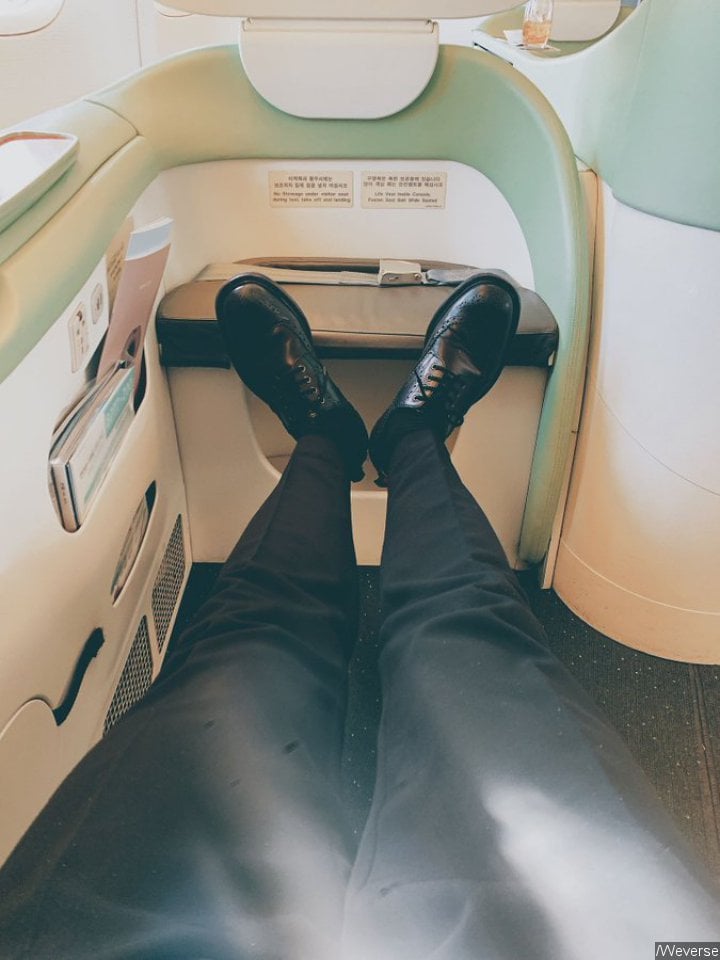 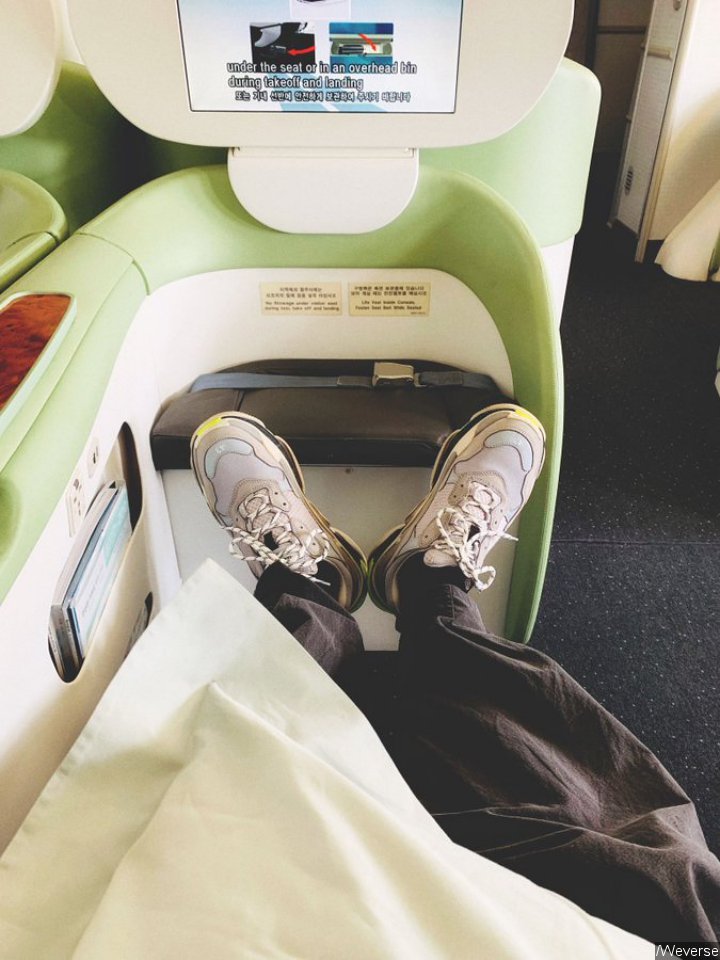 J-Hope then responded to his friends' hilarious acts, "Why is everyone imitating me!!!!" While most of the boys ignored J-Hope's response, the youngest member Jungkook dubiously replied, "I don't know!" 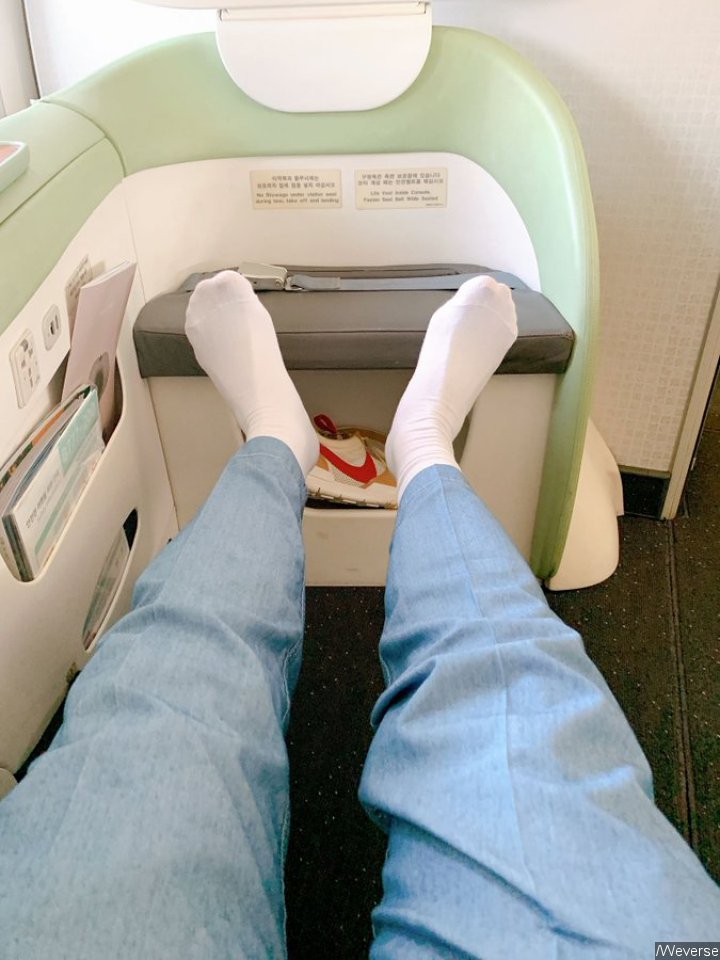 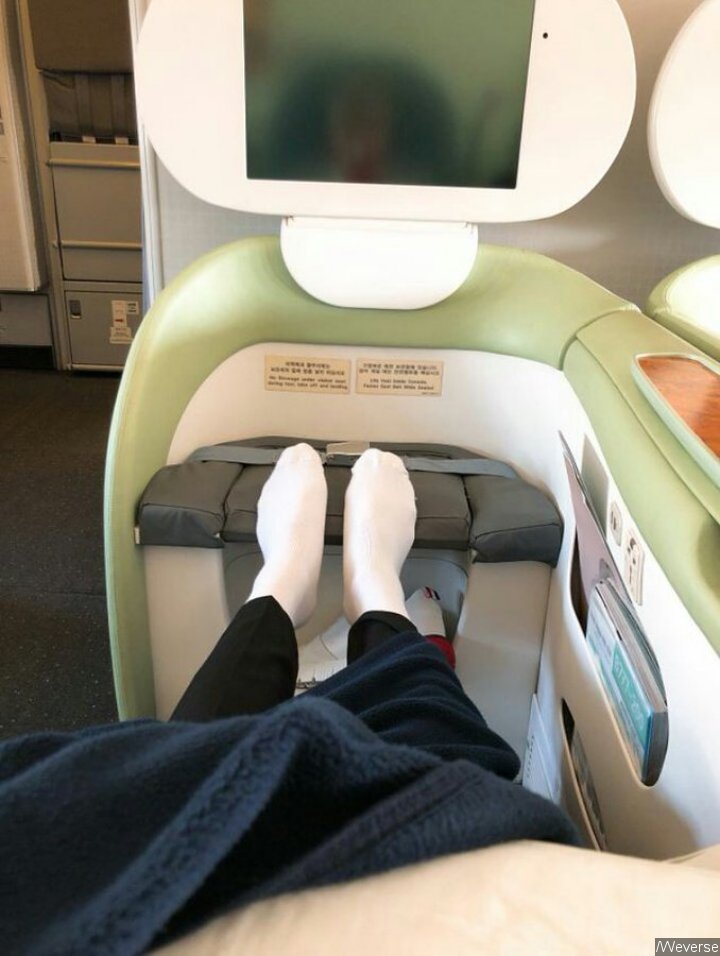 Meanwhile, Jimin trolled V for going barefoot and showing his toes in his photo. "Why Taehyungie's [V's real name] toes are so long (hahahahaha........) Taehyung-ah (hahaha) your toes are good looking too," the "Serendipity" singer commented on V's post. 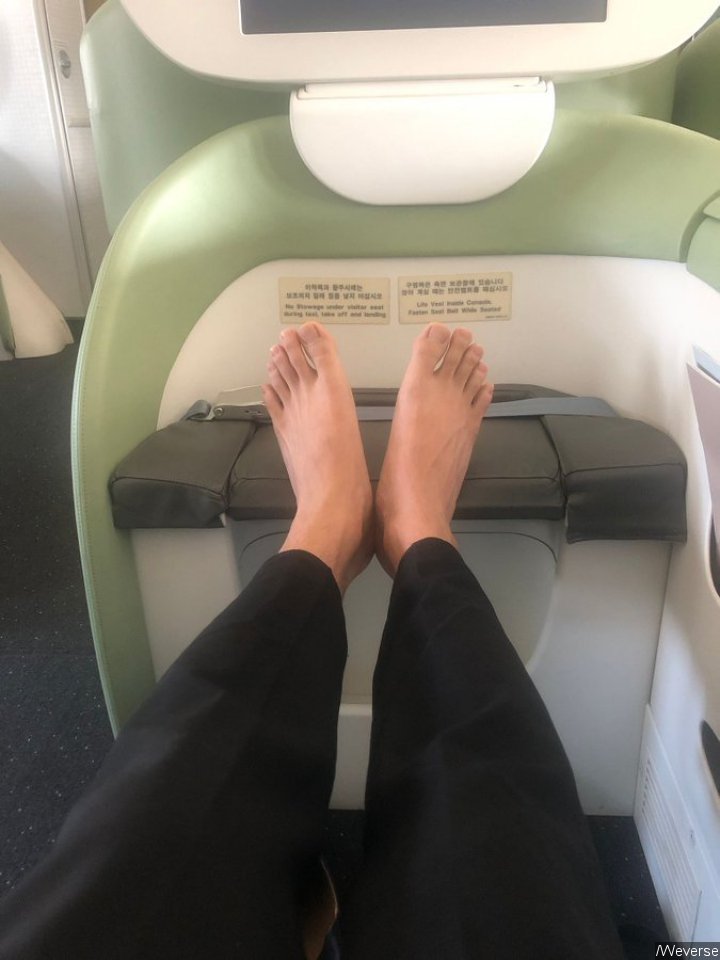 V posts his version of a leg photo.

Suga was the only member who didn't copy J-Hope photo, but he's also been active on Weverse by commenting on fans' posts.

In other news, Jimin was recently caught on camera shopping and grabbing a snack in the Dongdaemun marketplace of Seoul. The 23-year-old idol was spotted by onlookers wandering around the famous traditional markets to buy some new shoes and eat tteokbokki and soondae at a food cart in the early morning on Wednesday, June 26. 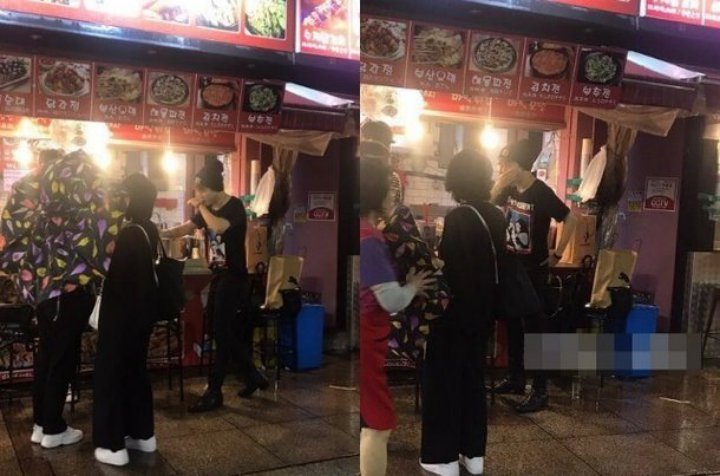 Jimin was spotted eating tteokbokki and soondae in the Dongdaemun marketplace.

The Busan native didn't bother to cover his face as he went casual in a black T-shirt and pants. He also wore a black beanie and shoes in coordinating color. When some surprised Japanese fans recognized him, Jim reportedly smiled back and greeted them politely. 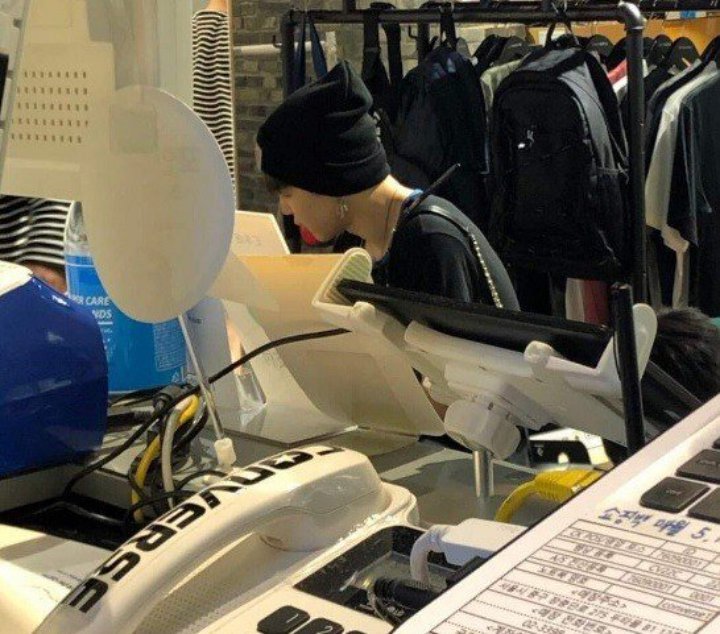 Jimin surprised some fans with his visit to the traditional markets.

BTS is currently in Japan to perform in Osaka on Saturday, July 6 and Sunday, July 7 as part of their "BTS Love Yourself" world tour. The tour will wrap up with a two-day concert in Shizuoka on July 13 and 14.