The Indian actress rocks the hairstyle when she and husband Nick Jonas are heading to a cabaret club called Crazy House in Paris, France, just before Joe Jonas and Sophie Turner's second wedding.

AceShowbiz - Priyanka Chopra has always been known for her brunette locks, so when she goes for a totally different hairstyle, people barely recognize her. The Indian actress looked absolutely different from her usual appearance when she and husband Nick Jonas headed to a cabarat club called Crazy House in Paris, France on Monday night, June 24.

Just like the name of the club, Priyanka drove people crazy when she was spotted rocking a short platinum blonde wig that fell to her shoulders. The wig also included stick-straight bands that entirely covered the "Quantico" alum's forehead. Teaming her look that night was an olive green Peter Pilotto two-piece set that featured a one-shouldered cut with a billowing long sleeve. She additionally wore Kendra Scott square hoop earrings and open-toed shoes, bringing a small crochet clutch. 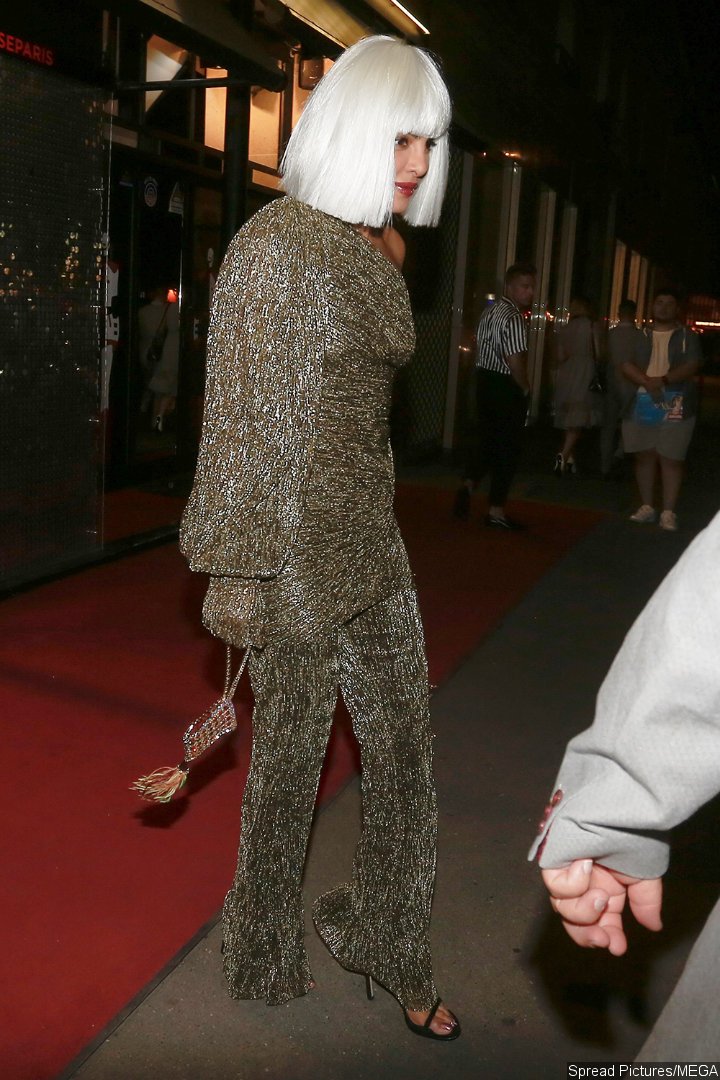 Priyanka and Nick are in Paris for the wedding of Joe Jonas and Sophie Turner. Details about the upcoming nuptials are kept underwraps as of now, but the "Game of Thrones" actress previously stated that they want to keep it "as low-key as possible so it's more of an intimate thing." Dr. Phil McGraw recently revealed the date of the wedding by accident, commenting on a photo of the couple kissing in front of Eiffel Tower, "Easy now! 1 week to go! Ha! See you at the wedding."

The nuptials in France will mark Joe and Sophie's second wedding, following their surprise nuptials in Las Vegas back in May. Right after attending the 2019 Billboard Music Awards, the couple headed to a local church to exchange vows, with an Elvis Presley impersonator officiating their wedding.

Talking about the surprise wedding in a radio interview, Joe recalled how his parents found out about the nuptials, "They have an amazing restaurant in North Carolina and I think, like, a couple of their staff walked up and were like, 'Congratulations! I saw.' And then they had to find out. So I was doing a lot of like, apologizing and 'Hey, you guys want to come out to L.A.? I got you four spas at the Four Seasons.' "