Opened with a note from director Levan Tsikurishvili, the new music video features the late 'Wake Me Up' DJ walking along a secluded beach, riding an ATV and kayaks, and playing his guitar.

AceShowbiz - Previously unreleased footage of dance superstar Avicii on vacation has been made public as part of his new posthumous music video.

Director Levan Tsikurishvili would frequently capture his close friend on film during his travels, and after the release of the late DJ's final album, "TIM", earlier this month, he returned to Madagascar, where he visited with the DJ in 2016, to take a trip down memory lane.

He shot new footage of the secluded part of the island, where they had stayed, and has now put those clips together with old videos of Avicii, real name Tim Bergling, to make up the tribute promo for "Heaven".

The song features rocker Chris Martin on vocals, and the video opens with information about the track, revealing Avicii and the Coldplay frontman actually penned the tune back in 2014, with the producer putting the finishing touches to "Heaven" in 2016.

A message from Tsikurishvili then appears onscreen, explaining, "Tim and I spent nineteen beautiful days on Madagascar right after he performed his last show. We spoke about everything, laughed, played Monopoly, hung out with lemurs, and explored the entire island together."

"Now, two-and-a-half years later, I returned to the island to remember Tim, to honour his legacy, and to recreate the memories that will stay with us forever."

Among the touching clips, Avicii walks along a secluded beach, rides an ATV, kayaks, and plays his guitar. The closing frame of the video features the words, "In Loving Memory Tim Bergling 1989-FOREVER".

Avicii to Get Tribute Museum in Stockholm 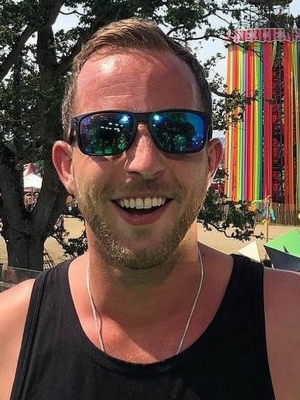