Four months after the Midnight Sun actress announced their break-up, Tana Mongeau takes to her Instagram Story to reveal that her social media influencer boyfriend had proposed to her.

Paul proposed at Tana's 21st birthday party over the weekend (June 22-23) and she said yes.

The bride-to-be took to her Instagram Story account and revealed her new fiance had proposed with a cake that had "Will you marry me, Tana?" written on it. 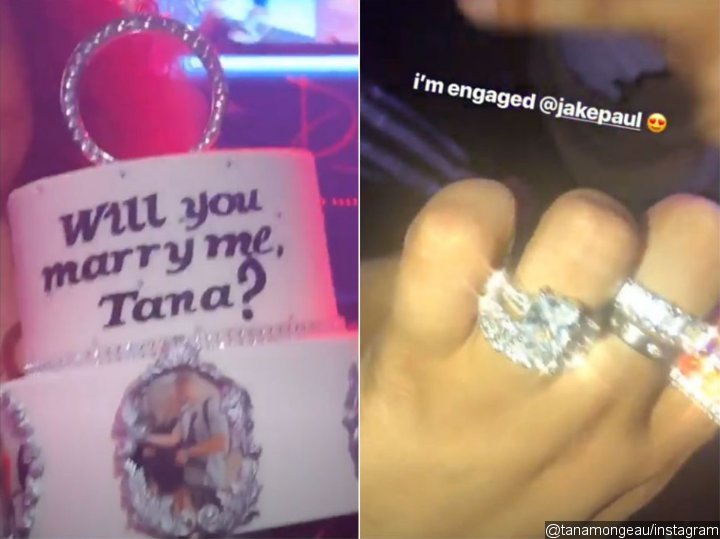 She flaunted her engagement ring.

Thorne and Mongeau split earlier this year and Bella made the break-up official in February as she urged followers to stop asking her about the Internet personality.

"Tana and I aren't together anymore, pls (please) stop asking," she writes. "We love U guys (sic)."

Bella and Tana had an open relationship with the actress' then-boyfriend Mod Sun, telling Gay Times, "I don't think anybody will really understand the bonds that I share with Mod or Tana."

The two girlfriends sparked dating rumours in September, 2017, after the "Blended" star shared a raunchy image of herself and Tana getting intimate.

"who is shook (sic)?," Bella captioned the snap, in which she was featured grabbing Tana's face as she leaned in to kiss her. Tana responded to the post by writing, "me cause i miss u baby (sic)."

The couple was also spotted kissing and making out at Bella's 20th birthday party on 8 October, 2017.

The romance began shortly after Thorne confessed to Harper's Bazaar magazine she was a bisexual and wanted to "actually date a girl".