The former 'Teen Mom 2' star has taken to her Facebook page to slam an account which includes David in its list of Top 5 of 'Frightening fathers' alongside kidnappers, rapists and serial killers.

AceShowbiz - This year's Father's Day is different for Jenelle Evans and husband David Eason. The former "Teen Mom 2" stars spent the holiday on Sunday, June 16 without their kids as they are in the middle of ongoing custody battle following dog-killing scandal involving David.

Jenelle shared her feeling in a somber Instagram update. The 27-year-old indicated that she was feeling lonely as she posted a video of the backyard and pool at her and David's marital home in California. The usually crowded spot is now empty as her three children have been living separately for over three weeks.

"It's too quiet here," she wrote in the caption. 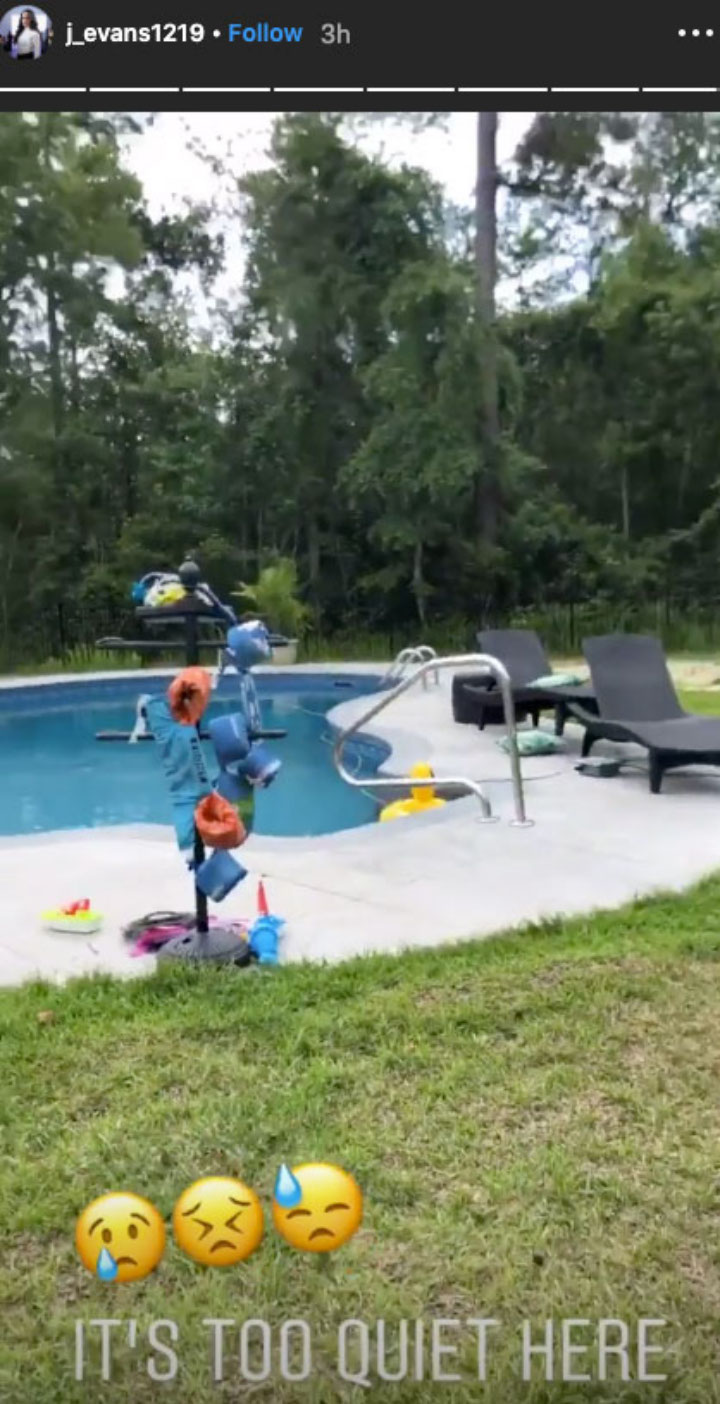 Jenelle and David are currently living on their own as their 2-year-old daughter Ensley is in the care of Jenelle's mom Barbara alongside her 9-year-old son Jace. Meanwhile, Jenelle's other son Kaiser (4), whom she shares with ex Nathan Griffith, has been placed in his care. David's 11-year-old daughter from a previous relationship, Maryssa, was also removed from the house under the instruction of Child Protective Service after David shot and killed Jenelle's dog Nugget for allegedly hurting Ensley.

Despite the backlash that David has been receiving following his scandals, it appears that Jenelle is still standing by her man. The former MTV star took to her Facebook page to slam an account which includes David in its list of Top 5 of "Frightening fathers."

"This channel is false and bunch of BS," she wrote alongside a screenshot of the Investigation Discovery post. "You put my husband on the most frightening list when he was PROTECTING HIS CHILD FROM BEING BITTEN BY A DOG IN THE FACE."

"This is absolutely absurd. I've been physically beaten by ex's, slapped in my face, almost died, ran over by a truck from my ex….and NONE OF THIS was while I was in a relationship with David Eason. You have him on a list for SERIAL KILLERS and KIDNAPPERS AND ITS ALL UNTRUE," she continued writing. "This is f***ng ridiculous."

"You base my husband being dangerous off of protecting his children? I've been through the ringer in life but one thing David has done for my family is being a GREAT FATHER," she added. "He is the best anyone can ask for. The children adore him and when you make some false 'special' to get your channel ratings is SICK. Our children are getting old enough to see all of this and the media is cold hearted. They NEVER look out for the best interest of your family or children."

Taylor Swift's 'You Need to Calm Down' Video to Feature Ciara, Ryan Reynolds - Watch the Teaser