Also wishing the 36-year-old restaurateur a happy birthday are Kim and Khloe Kardashian, the former of whom shares on Instagram throwback images of him and Kylie Jenner.

AceShowbiz - Happy birthday, Scott Disick! The restaurateur and self-proclaimed lord turned 36 on Sunday, May 26, and some of his closest friends have taken to social media to wish the star a happy birthday. Among them was his girlfriend Sofia Richie, who shared on Instagram Stories a new picture of the couple together.

The picture featured the 20-year-old model sitting on a deck chair as her reality TV star boyfriend laying back sprawling across her lap. His dog was seen relaxing on his lap as both of them looked at the pup lovingly. "Happy birthday to my best friend," Sofia wrote on the image, adding a cartoon of a skeleton playing a saxophone on the bottom part of the picture. 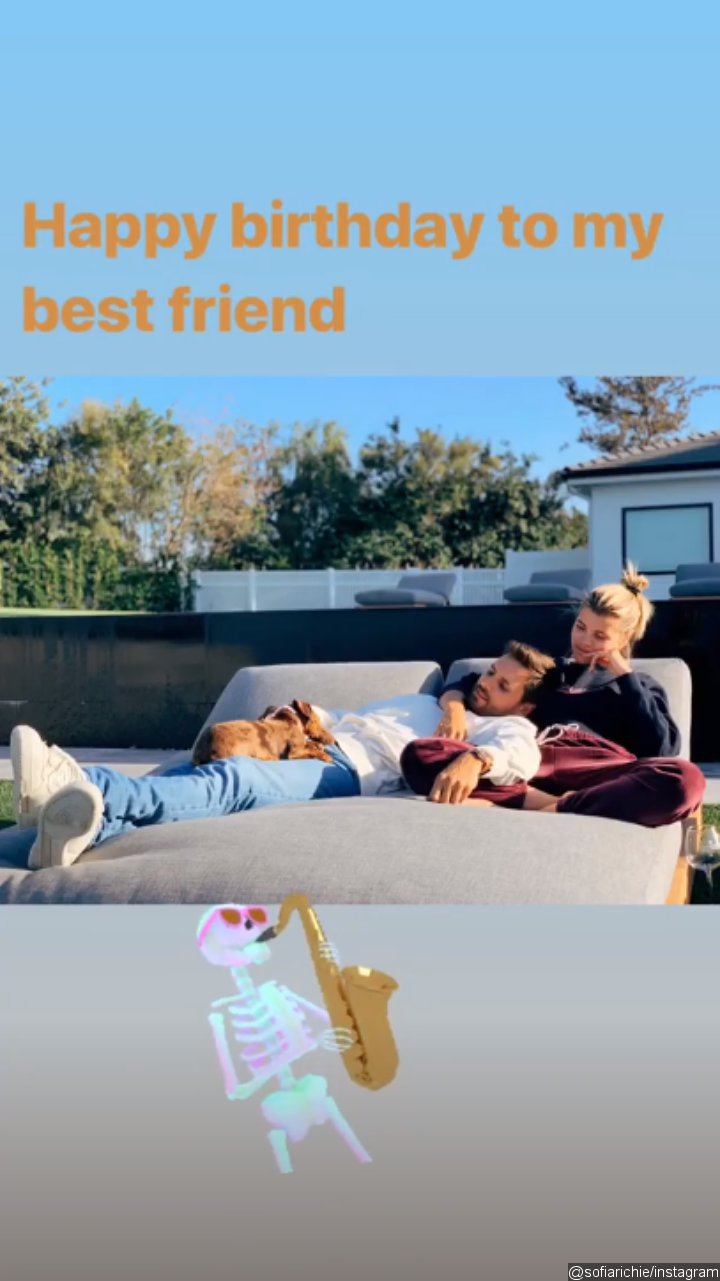 Besides Sofia, several Kardashian-Jenner family members have also sent Scott their birthday wishes. Kim Kardashian posted throwback images of her "Keeping Up with the Kardashians" co-star and sister Kylie Jenner along with a caption that read, "Scott I've known you for almost 15 years, we've all been through so much together and have the best memories! You are like my brother. I've seen you grow up and become the most amazing father and friend. So happy you are in our lives. I love you Happy Birthday."

Along with several pictures of them together, Khloe Kardashian expressed how thankful she was to be having Scott in her family. "I am so thankful for the person that you have grown into. I am thankful for every highs and lows because we have been through it all and we are closer than ever," she added. "I am proud to say that you are my brother and also one of my best friends! Have the best birthday Lord!! FOREVER the Lord and the Lady." 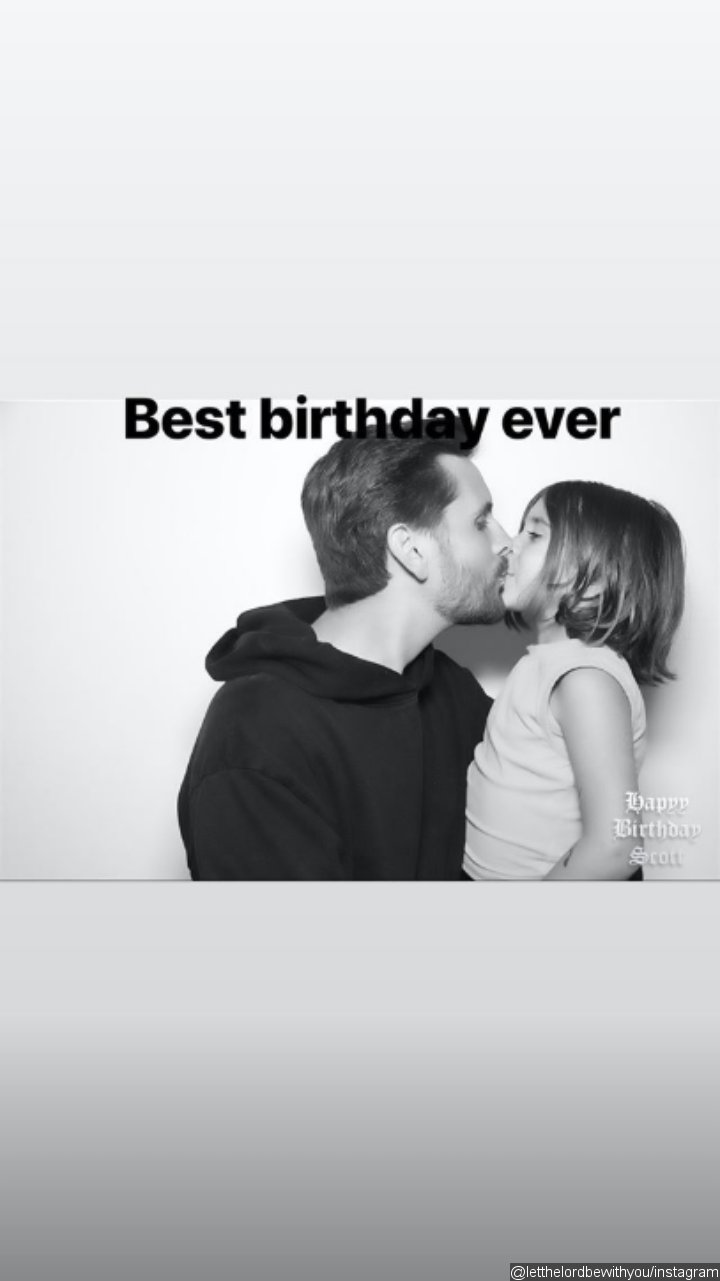 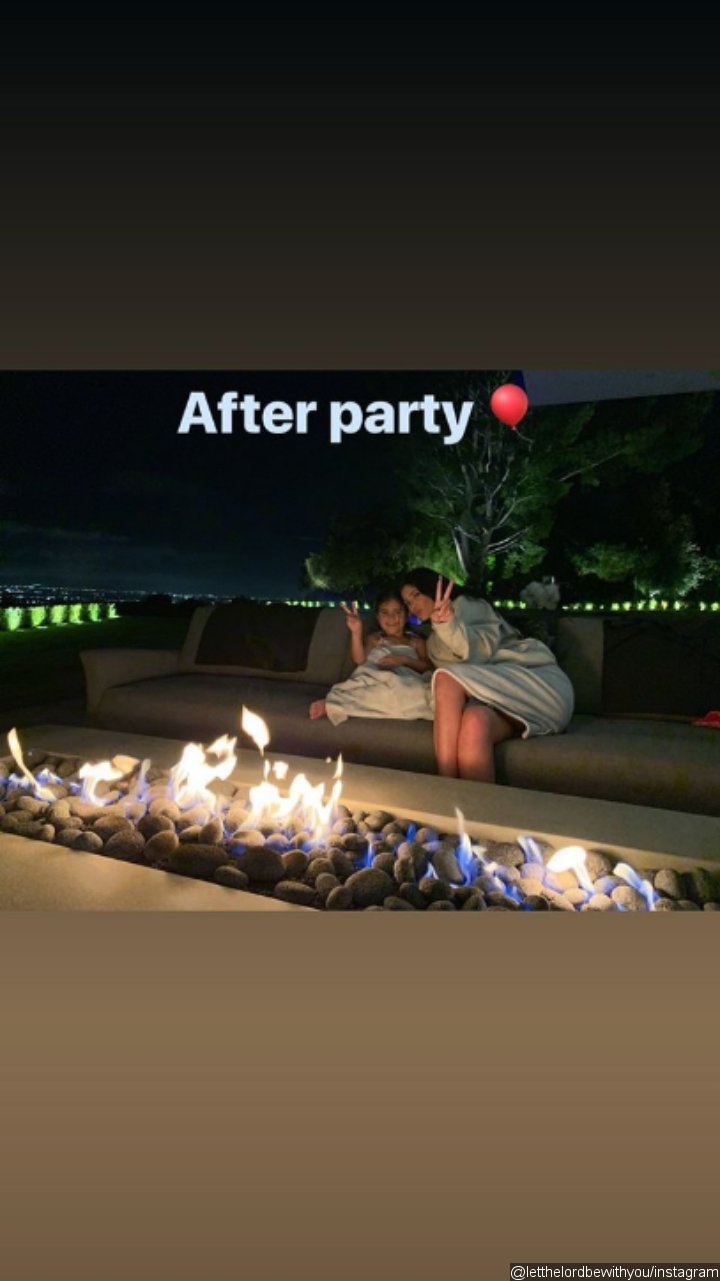 Penelope was seen hanging out with Kim Kardashian.

Scott, meanwhile, was celebrating his birthday with daughter Penelope and Kim. Taking to Instagram Stories, he shared a picture of himself kissing the six-year-old girl on the cheek, writing, "Best birthday ever." He also posted a picture of Penelope and Kim relaxing in what appeared to be his backyard. "After party," he wrote.