For his first headlining stadium show at one of Nashville, Tennessee's top venues, the 'Springsteen' hitmaker performs his hit songs and a medley of covers in front of more than 56,200 fans.

The singer performed for over 56,200 fans at his first headlining stadium show at Nissan Stadium on Saturday night, May 25, beating the mark Taylor Swift set last year (18).

His three-hour show featured his hits and a medley of covers, including Travis Tritt's "It's a Great Day to Be Alive", Neil Diamond's "Sweet Caroline", and Def Leppard's "Pour Some Sugar on Me".

Before the gig, Eric met with members of the music industry, who presented the singer with a plaque to commemorate 30 million album sales.

"I came to this town 15 years ago," he told the industry crowd, according to Billboard. "I was a dreamer. I didn't dream this big. I think that's a testament to the music, the fans, and people believing in it. A lot of emotion for me tonight... I'm very blessed, I'm very humbled and I'm very thankful."

He closed the show by telling fans the gig had been "the most special thing of my entire career", adding, "We don't have the most number ones, we don't sell the most albums, but this happens anyway. In my opinion, that's because of passion. We have passion for what we do." 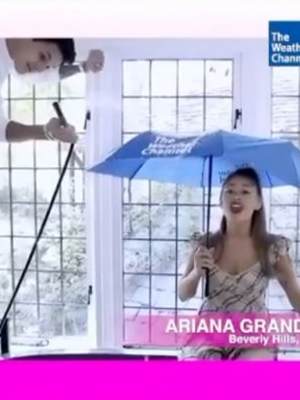