When sending a birthday message to music legend Willie Nelson, the 'Anywhere with You' singer reveals that his girlfriend Erica Hartlein has given birth to their first child together.

The "Anywhere with You" singer, who is also a dad to six-year-old daughter Olive Pearl from his marriage to Lacey Buchanan, announced the happy news on his Twitter page on Monday, as he wished music legend Willie Nelson a happy birthday. 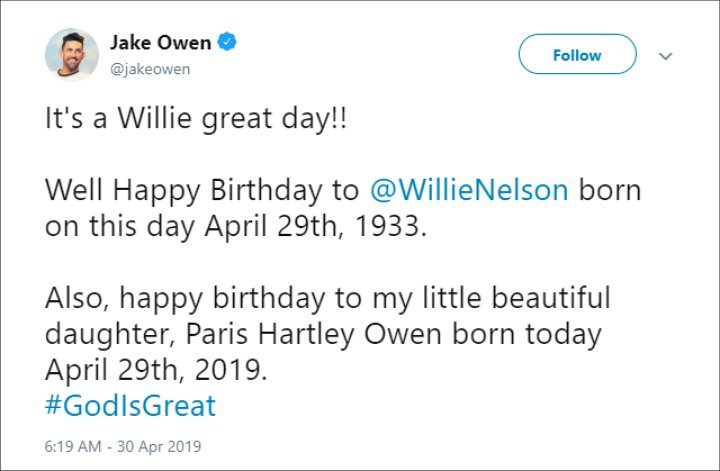 Jake and Erica shared the news of their pregnancy during the "I'm Coming Home" TV special which aired last November. They started dating in 2017.

Cuba Gooding Jr. Recalls Words He Whispered to John Singleton Before His Death