The snippet only lasts for 15 seconds, featuring mellow piano melodies which give a comforting and calming feeling to its listeners.

AceShowbiz - While fans of BTS (Bangtan Boys) are patiently waiting for new music from their idol, it appears V has a new offering coming soon for them. The South Korean heartthrob posted on Twitter on Thursday, January 24 a short clip which featured a snippet of his self-composed track.

In the video, V was accompanied with a collaborator. He was seen turning on the camera, before telling the man near him to play the song that he was working on. The snippet only lasted for 15 seconds, featuring mellow piano melodies which gave a comforting and calming feeling to its listeners. He captioned the clip, "My own song," though he didn't mention the title of the song.

Fans were unsurprisingly excited over the snippet, as the post has garnered more than one million likes as of press time. "I am so excited babe I cant wait to hear your own self composed song I am so proud of you it's already feels like a masterpiece iam supporting you always pls keep on the good work I purple you," one fan wrote a rather lengthy reply.

Fellow BTS member Jimin has also expressed his excitement to listen to the full version of the song. During his solo V Live broadcast, he admitted that he hadn't heard any lines from his groupmate's song yet, but he already told him that he wanted to listen to the track once it finished. Further showing his enthusiasm, Jimin wrote on Twitter, "I love you, Taehyung [V's real name]. Everyone let's wait for Taehyung! I'm reaaaally looking forward to it toooo! Taehyung I love and cherish you."

It should be noted that this isn't the first time V has composed a song. The "Hwarang: The Poet Warrior Youth" star is credited as a writer for six tracks, according to the Korea Music Copyright Association registry. 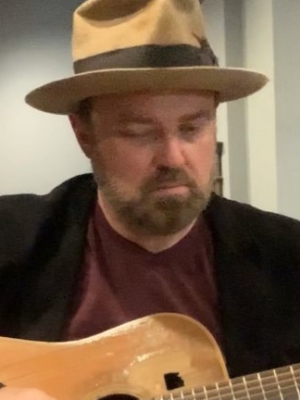