The 'Modern Family' star suffers wardrobe malfunction in an Instagram Stories post which she shares before attending InStyle and WB party.

AceShowbiz - Sarah Hyland won't let wardrobe malfunction ruin her fun night at the 2019 Golden Globes after-parties. Hours before attending the InStyle and WB celebration, the "Modern Family" actress wanted to let her Instagram Stories followers know how loved-up she was with her boyfriend Wells Adams. However, it appeared people couldn't help but focus on her nip slip.

The picture in question showed Sara happily posing beside the former "The Bachelorette" contestant, leaning her head towards her boyfriend. While she did look stunning in a cleavage-baring green-and-navy patterned dress that showed off her fit figure, it turned out the gown also showed off a little more than she expected. 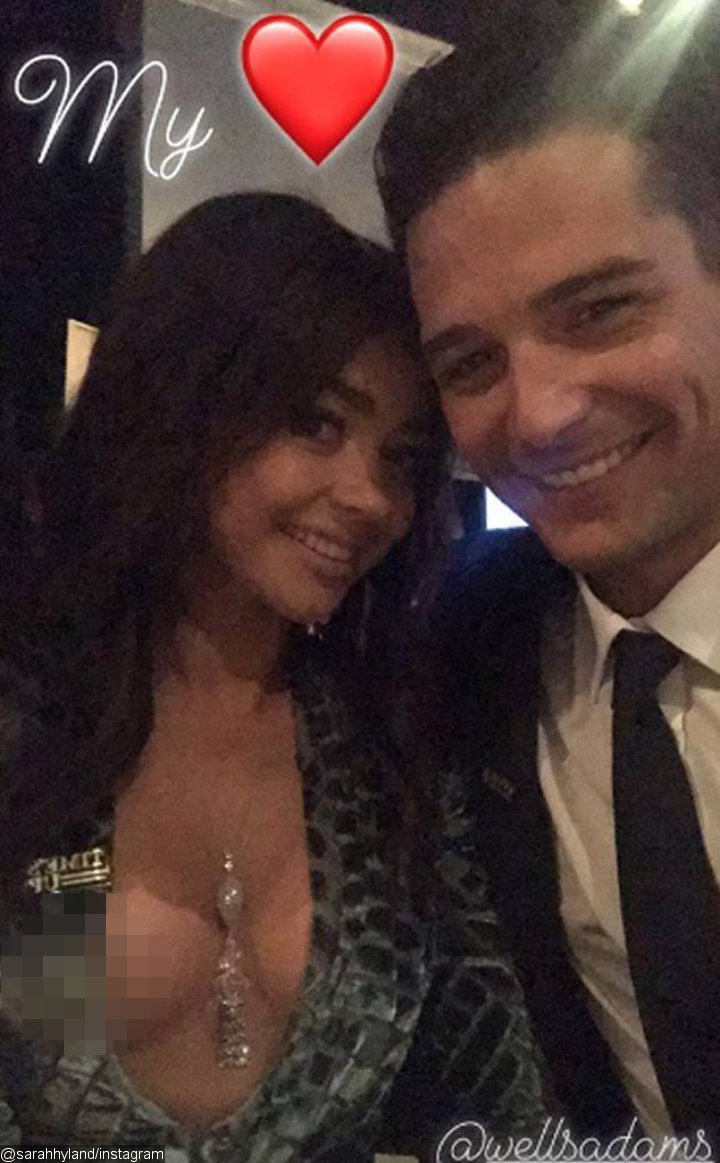 One Twitter user also suspected that Sarah suffered a wardrobe malfunction on the red carpet of HBO party. Responding to a photo of her getting interviewed with the mic strategically placed on her chest area, the said user wrote, "Ummm... unfortunate angle! It looks like the star from the Access microphone is a censor covering a nip slip! @Sarah_Hyland #ROTFL."

Ummm... unfortunate angle! It looks like the star from the Access microphone is a censor covering a nip slip! @Sarah_Hyland#ROTFL

Despite the wardrobe malfunction, it appeared the 28-year-old actress still had a blast at the parties, judging from her Instagram Stories feed. She additionally posted on Instagram a playful video of her and Wells from the InStyle party, stuffing tissues inside her clothes while her boyfriend cutely closed his eyes. "Stuffing my #goldenglobes," she wrote in the caption.

The lovebirds also attended the NBC after-party, where they reportedly "weren't shy about showing their physical affection." Wells additionally shared on his Instagram Stories account a video of him looking at the "Vampire Academy" star with adoration as she posed on the red carpet solo. "God, I love this one," the "Your Favorite Thing" podcast host wrote alongside the video.