Kim Kardashian, Kris Jenner, Kelly Clarkson, Blake Shelton and Adam Levine are among the Hollywood stars providing the humor on 'A Legendary Christmas with John and Chrissy'.

The couple's one-off festive variety show, titled "A Legendary Christmas with John and Chrissy", aired in the U.S. on Wednesday night, November 28, and featured John performing a number of tracks from his new seasonal album "A Legendary Christmas" as well as comedy segments featuring celebrity guests.

In one sketch, reality star Kim became camera-shy and refused to take a selfie with an annoying family member, while her mother Kris Jenner stopped by to give Chrissy some management advice and pitch her a collection of "Headband of the Day" accessories, including a customised "Khrissy" headband, explaining that "everything is better spelled with a K". The "Lip Sync Battle" host then signed a contract officially making the "momager" her parent.

In another segment, John and Chrissy were joined by Meghan and former "Glee" stars Darren Criss and Jane Lynch as they went around the neighbourhood surprising people by singing Christmas carols, and in a dream sequence, Chrissy winds up on "The Voice" U.S. stage, having to sing to John and Voice coaches Kelly Clarkson, Blake Shelton and Adam Levine during a blind audition.

🎶This is the worst🎶

"The Hangover" star Zach Galifianakis stopped by dressed up as Santa, Stevie performed "What Christmas Means to Me" with John and his house band, and the couple's two-year-old daughter Luna was surprised by FaceTime video calls from "Saturday Night Live"'s Kenan Thompson and the cast of "Queer Eye".

In addition to celebrity guests, which also included Derek Hough and Awkwafina, John and Chrissy were joined by their family for a performance by John's piano. About that moment, Chrissy tweeted, "Very happy to have this memory (and footage!) forever. Thank you guys so much for watching my heart is happy (sic)."

It was! Very happy to have this memory (and footage!) forever. Thank you guys so much for watching my heart is happy https://t.co/dUvGdIfCp9

The "All of Me" singer appeared on TV twice on Wednesday night, as his televised performance at New York's Rockefeller Center tree lighting ceremony also aired. 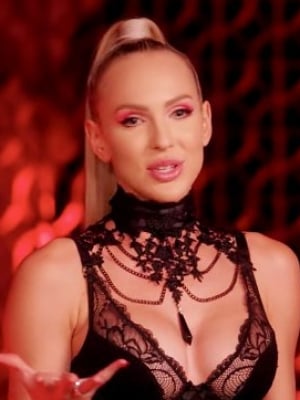