The hip-hop mogul is seen in some pictures helping his wife of four years get out of their car by carrying her in his arms.

AceShowbiz - Attending their friend's wedding apparently has inspired Kanye West and Kim Kardashian to go back to their newlyweds day. The hip-hop mogul was photographed bridal carrying his wife of four years while leaving 2 Chainz and Kesha Ward's wedding venue in Miami on Saturday, August 18.

In some photos which were circulating online, Kanye was seen helping the reality star get out of their bright yellow Mercedez by carrying her in his arms. The couple still wore the same exact outfit that they rocked at the nuptials, with the "Lift Yourself" rapper opting for a light green Louis Vuitton blazer and matching pants. He didn't wear any shirt underneath.

Kim, on the other hand, was twinning with their car. The "Keeping Up with the Kardashians" star stunned in a skintight neon green latex dress which she paired with shades and a pair of strappy heels. She kept her makeup to a minimum to let her natural beauty shine through. 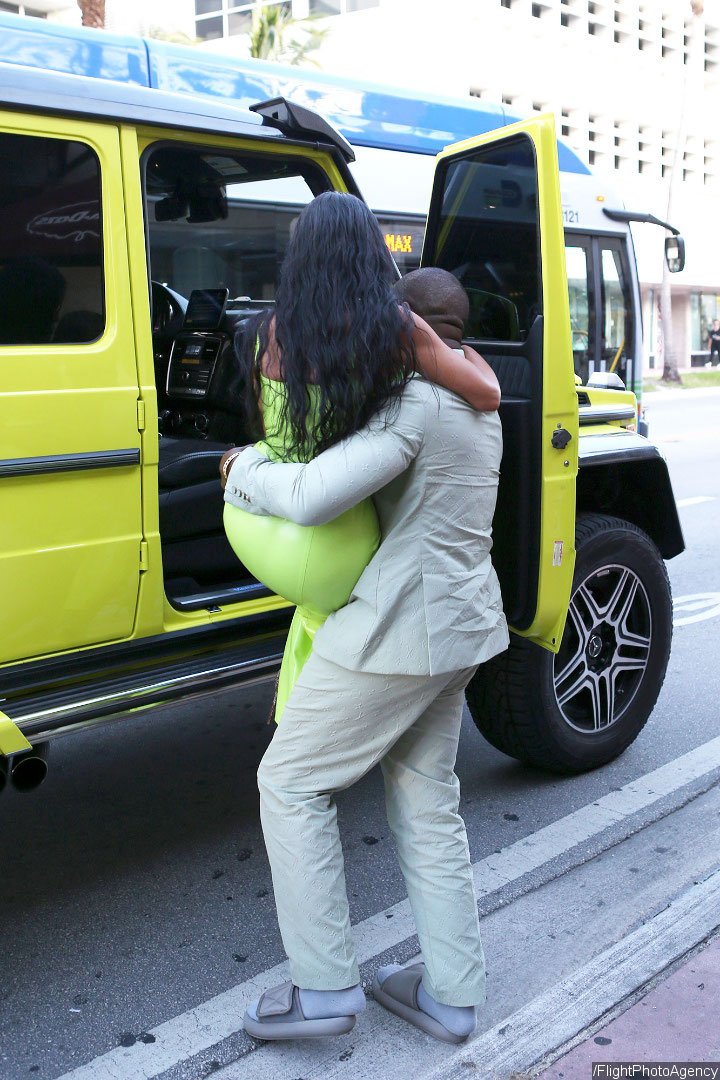 Afterward, the married couple was caught on camera buying an ice cream. One photo showed Kim enjoying her tasty cones as Kanye waited for his own share. The pair didn't spend too much time in the ice cream shop as they left soon after getting their own ice cream. 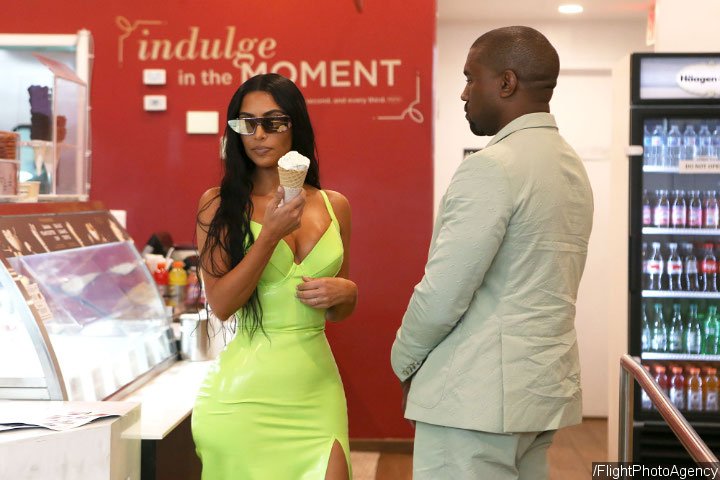 In addition to the sweet bridal carry, Kanye caught people's attention when he was spotted wearing a pair of Yeezy slides to the nuptials. However, many were not too happy about that. "Fashion icons don't wear neon green or slipper to a wedding. Do better, you two thirsty people," one said, while another added, "Kanye looks like he just got out the hospital and forgot to change his slippers."