Robert Downey Jr., Chris Hemsworth and others get matching tattoos of the superhero team's logo in the wake of the huge success of 'Avengers: Infinity War'.

AceShowbiz - The original five Avengers have their own way to celebrate the massive success of "Avengers: Infinity War". Robert Downey Jr. and the other four actors who play the superhero team get matching tattoos of Avengers' logo from New York-based inker Josh Lord.

"Five of the original six Avengers got a tattoo," Robert told Entertainment Weekly. "And the sixth was the tattoo artist, who gave it to five of us, the one who opted out being Mark Ruffalo."

The Iron Man depicter went on saying that it was Scarlett Johansson's idea to get matching tattoos. "She and [Chris] Evans did it in New York. Then, their New York guy, Josh Lord, who is amazing, flew out to L.A., he did me, did [Jeremy] Renner, and then we just bullied [Chris] Hemsworth into doing it, and he got it," Robert added.

He continued, "And each one of us drew a line on the artist with his own tattoo gun and it was a total massacre. Each of us contributed to giving the tattoo artist the sixth tattoo that he designed for us. By the way, he’s got another one on him that Scarlett did, which is beautiful, which is crazy, because the line she drew on him, which was just supposed to be a straight line, looked like a lightning bolt. It was a mess."

Robert took to his Instagram account to share some photos and videos of getting the matching tattoos done. Robert got his tattoo on his arm. He proudly showed his newly-done ink to the camera in one of the photos. The 53-year-old actor also shared a group photo of the Avengers at the fun outing.

"@avengers part 2... But on this night receiving was just as sweet ... Thank you @joshualord on behalf of all of us #chrisevans #scarlettjohansson @renner4real @chrishemsworth ... (camera emoji) and #dj credit @jimmy_rich," he captioned them.

@avengers part 2... But on this night receiving was just as sweet ... Thank you @joshualord on behalf of all of us #chrisevans #scarlettjohansson @renner4real @chrishemsworth ... 🎥 and #dj credit @jimmy_rich

Jeremy Renner also shared on his account a video of him tattooing Joshua's leg. "Brave man to allow all the @avengers the opportunity to ink @joshualord what a killer day @robertdowneyjr @chrishemsworth #scarjo #chrisevans #avengersunited #eastsideink #hidethenerves," the Hawkeye depicter wrote in the caption.

Well team, we did it...? Thank you @joshualord for sharing ink with us all @avengers much love #eastsideink #bondedforlife @robertdowneyjr @chrishemsworth #chrisevans #scarjo #loveUall

"Avengers: Infinity War", which is currently playing on theaters around the world, debuted to a huge success. The superhero team-up movie is dubbed the best Monday earnings for April, dethroning "Star Wars: The Force Awakens".

When asked if the absence was intentional or they were cut from the movie, director Joe Russo said, "There's a very specific story choice why." Fellow director Anthony Russo added, "We have a very interesting story cooked up for both of those characters. And part of that story required they be under house arrest."

President of Marvel Studios Kevin Feige recently also addressed Hawkeye's absence in "Infinity War". "We [at Marvel] love Hawkeye. There are big, big story things coming up for Hawkeye and Jeremy Renner is as strong an actor as anyone in the MCU and awesome as this character," Kevin said.

He continued, "But 'The guy with the bow and arrow jokes' right? There are a lot of 'Guy with bow and arrow jokes.' He even makes 'Guy with a bow and arrow' jokes in some of the movies. So I love that people go from 'Oh, Hawkeye is just lucky to be there,' to 'Oh, where is he? He’s not there? What's going to happen? We need Hawkeye. We want more Hawkeye.' I love it. It’s the best."

Fans are able to learn more about Hawkeye and Ant-Man in "Avengers 4" that is scheduled to premiere next year. However, prior to that, Ant-Man will greet fans in the upcoming "Ant-Man and the Wasp" which will hit U.S. theaters on July 6.

Jeffrey Tambor Denies Sexual Harrasment, but Admits He 'Was Diffucult' on 'Transparent' Set 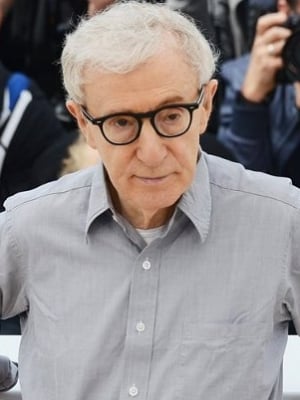