The boxer-turned-model says, 'I Need to Be Alone' on Instagram, hours after he set his account private and unfollowed Kourtney on the photo-sharing site.

AceShowbiz - Younes Bendjima has added fuel to the rumor saying that there is a problem in his relationship with Kourtney Kardashian. The 24-year-old model, who briefly deleted his Instagram account and set it private before bringing it back to normal, just posted a cryptic post on the social media site.

The boxer-turned-model took to Instagram Stories to say, "Feels good to stop looking at your phone and start looking at the world. Try. even for a day." He additionally quoted Denzel Washington's tweet which hinted that he needed some space for himself. 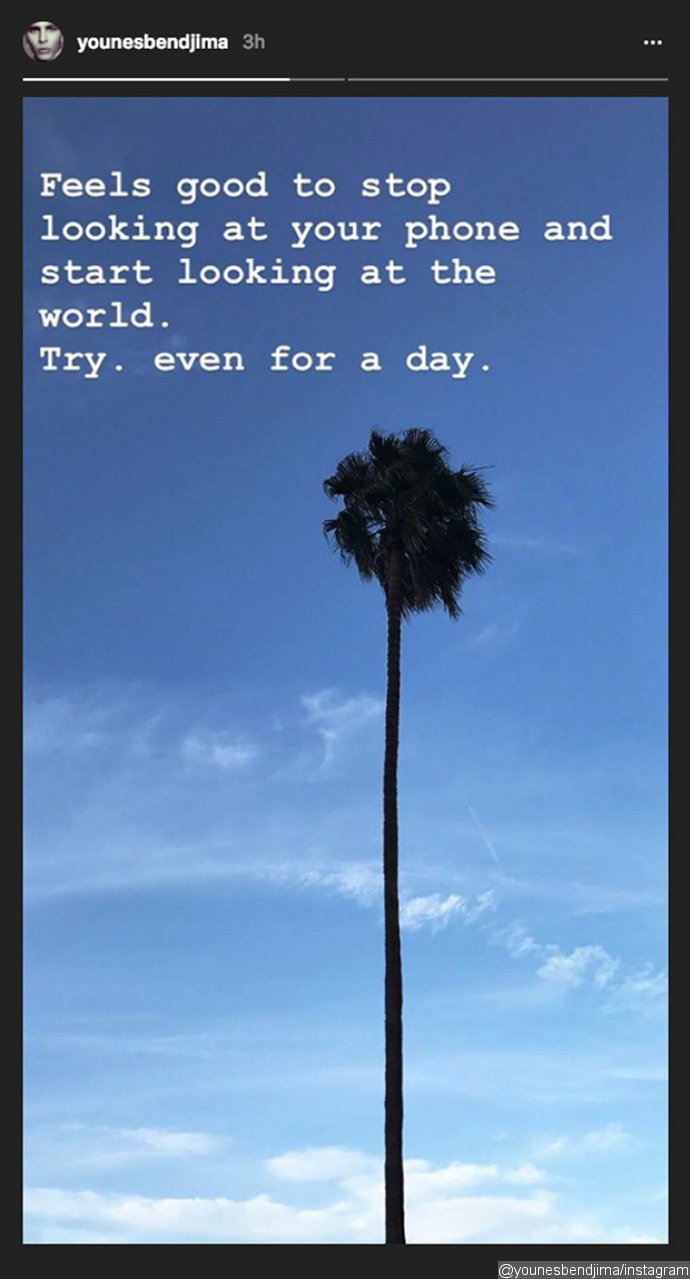 "I'm both an introvert and extrovert. I love people, but I need to be alone," read the quote. "I'll go out to meet people, but it has an expiration because I have to recharge. If I don't find the valuable alone time I need to recharge, I cannot be my highest self." 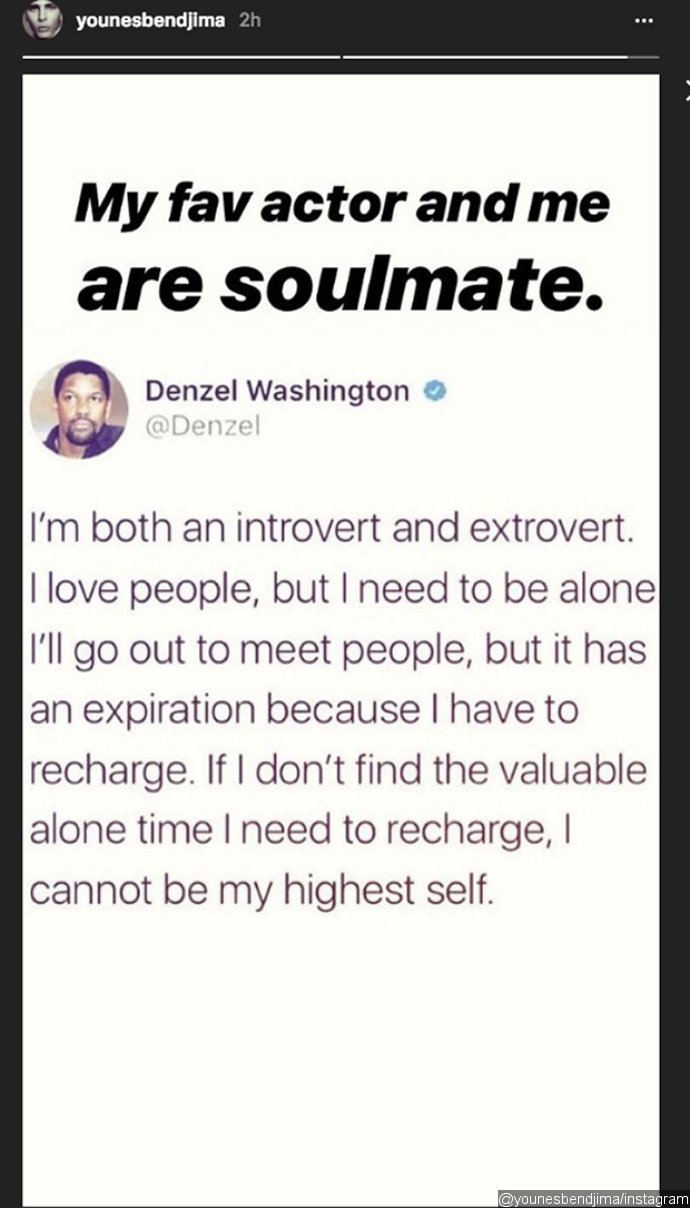 Earlier Monday, March 5, Kourtney briefly deleted her Instagram account. She later returned to Instagram, but didn't immediately follow her much younger boyfriend, sparking a speculation that they broke up. "WHATS GOING ON WITH YOUNES !!! PLEASE DONT CRUSH MY DREAMS KOURT!!!!! I became to invested :( ," a worried fan wrote on Twitter.

Younes himself briefly deleted his Instagram account, before setting it private. People were speculating if the drama surrounding their social media accounts had something to do with their decision to delete their Instagram accounts, though it didn't last long. Younes has now set his Instagram public again and the pair started following each other again.

Kourtney and Younes started dating in October 2016, more than a year after she split from baby daddy Scott Disick, but only went public with their romance in May 2017. The two jetted off to Punta de Mita, Mexico for a weekend getaway last month, but have not been seen together in public since earlier this month.

Younes Bendjima Pays Sweet Tribute to Ex Kourtney Kardashian: 'It's All Love at the End of the Day'