The 'Famous in Love' star and her ex spent a lazy Sunday together at her place and playing with her cats.

AceShowbiz - Are Bella Thorne and Gregg Sulkin back together? The two continue to spend time together following her short fling with Scott Disick in Cannes in late May, and they only added fuel to the speculation as they enjoyed each other's company over the weekend.

The couple, who split in 2016 after more than a year of dating, spent a lazy Sunday afternoon at her place and playing with her cats. In a Snapchat picture, the 25-year-old was seen cuddling a cat while lying in bed. 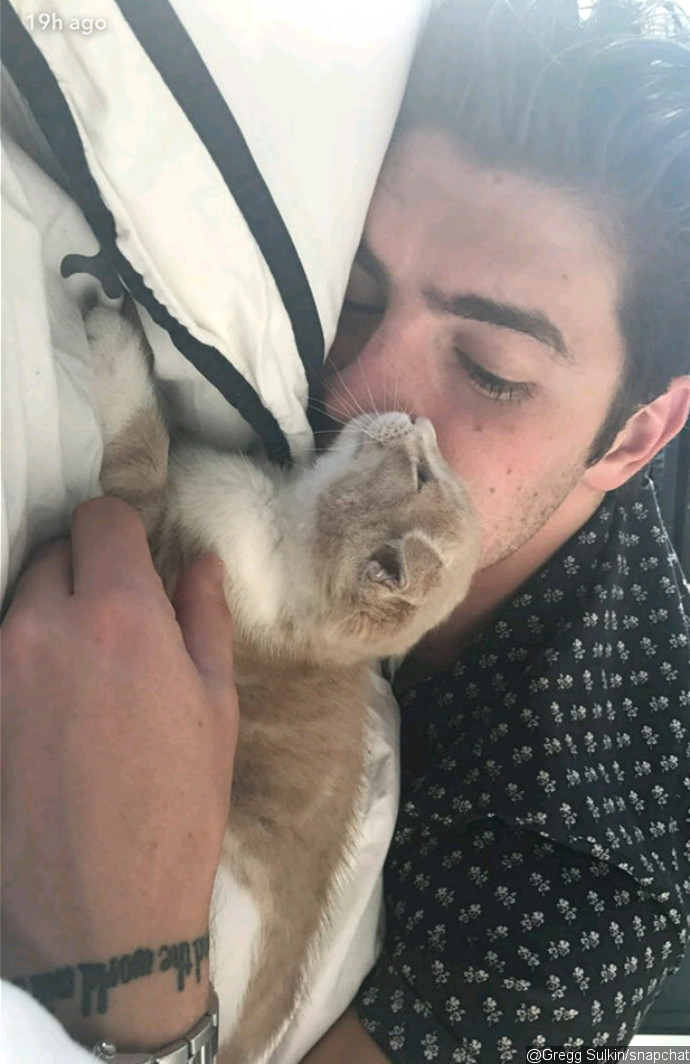 A source tells HollywoodLife.com about the nature of their relationship, "Bella and Gregg are hooking up again, but right now they don't want to make it official." The source adds, "After their painful breakup last year, they want to take it slow this time around and not add any unnecessary pressure."

"He's always been crazy in love with her - she's his dream woman," the source goes on claiming. "He never fell out of love with her, even after their split, no matter how hard he tried. Bella feels the same way because Gregg's always been so kind and loving. She knows she can totally trust him, which is refreshing after the whole Scott fiasco."

Bella and Gregg first sparked rumors that they rekindled their romance after they cozied up in an Instagram picture she shared to wish her ex-boyfriend a happy birthday on May 29. They later stepped out together in Los Angeles earlier this month, during which she flaunted her nipple piercings.