The 'Feud' writer is reportedly working on a new drama for the network and unlike his other series, this time it won't be an anthology series.

Set in 1986, "Pose" will look at "the juxtaposition of several segments of life and society in New York City: the emergence of the luxury Trump-era universe, the downtown social and literary scene and the ball culture world."

Unlike "American Horror Story", "American Crime Story" and "Feud", "Pose" reportedly won't be an anthology. Instead, it will be an ongoing series.

Previously, Murphy talked to The Hollywood Reporter about returning with serialized series. "I want to follow the same character for five or six years," he said. He continued, "I love doing pilots. I would not do that thing where a show went on indefinitely; I'd want to start it knowing there's an end and the thing I'm cooking up has that. I would love to do that with Sarah [Paulson], too. So fingers crossed."

Murphy will serve behind the lens of the first episode which will begin its filming in New York in October. No casting announcement has been made, though according to Deadline, the cast is "expected to feature largely new and unknown performers."

"Pose" will be written by Murphy alongside frequent collaborator Brad Falchuk ("American Horror Story") and Stephen Canals. Murphy is also re-teaming with "American Crime Story: The People v. O.J. Simpson" producers Nina Jacobson and Brad Simpson to exec-produce along with Falchuk and Canals. Sherry Marsh will serve as producer of the potential drama, which will be co-produced by FOX 21 TV Studios and FX Productions.

Murphy's currently in the stage of production for the second and third installment of "American Crime Story" and is prepping the seventh season of "American Horror Story". Previously, FX just announced that the sophomore season of "Feud", Murphy's other series on the network, will tackle Prince Charles and Princess Diana.

Should "Pose" be picked by FX, the series will join "Legion", "Taboo", "The Americans" and "The Strain". FX and producers Fox 21 reportedly refused to comment.

'Pose' Is Given Early Season 3 Renewal on FX 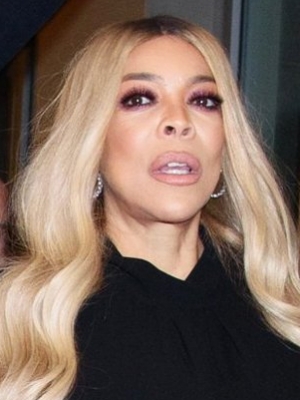