The 41-year-old singer denies comparison with famous pop divas in the music video for her latest single.

M.I.A. rejects the idea of idolizing pop singers. She claims she's different as she sings and raps in the video, "I'm not Rihanna/ I'm not Madonna/ I'm not Mariah/ Or Ariana/ I'm been around in this world causing drama/ The real spice girl, hot girl power." She also mentions the former POTUS Barack Obama and the infamous terrorist Osama bin Laden.

In the music video, M.I.A. is seen donning a floral jumpsuit and a sheer pink veil while lying on a truck bed filled with yellow flowers. The setting later moves to the rocky mountain, where M.I.A. can be seen standing on its peak wearing orange jumpsuit and another matching sheer veil. The brunette beauty looks mesmerizing as the wind blows her veil and hair. The clip also shows a row of dancers in matching outfits doing the domino moves in front of a huge orange curtain.

On Tuesday, February 7, the "Border" singer teased the release of her new single on Twitter. She uploaded a picture of her latest single's lyrics and wrote, "#MIAPOWA lyricx."

There's no word if the song will lead to a new album, but fans are hoping she'll release one since her last album was considered a success. M.I.A.'s previous album "AIM", which was released last September, has gathered a lot of attention as it features former member of One Direction, Zayn Malik, as a guest singer in one of the tracks, "Freedun".

Khloe Kardashian Flashes Her Boobs While Posing in Lacy Lingerie

M.I.A. Lashes Out at British Vogue for Calling Off Interview Over Her Anti-Vaccination Stance 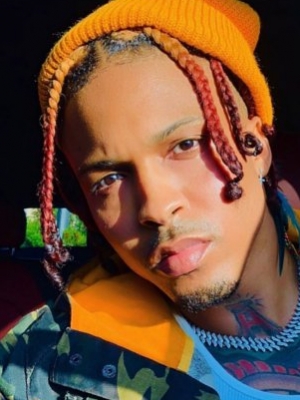