The 'Dark Horse' hitmaker performs her hit singles in front of star-studded crowd at the Hotel du Cap-Eden-Roc in Cap d'Antibes, France.

AceShowbiz - Katy Perry reportedly lip-synced when performing at the star-studded amfAR Cinema Against AIDS Gala in Paris. It's revealed after videos from the event at the Hotel du Cap-Eden-Roc on Thursday, May 19 in Cap d'Antibes emerged online.

Katy underwent several wardrobe changes that included a gold cape with tassels and a silver mini halter dress. She treated the A-list crowd to her biggest hits including "I Kissed a Girl", "Teenage Dream" and "Firework".

Terrence Howard and Mira Pak Expecting Their Second Child Together 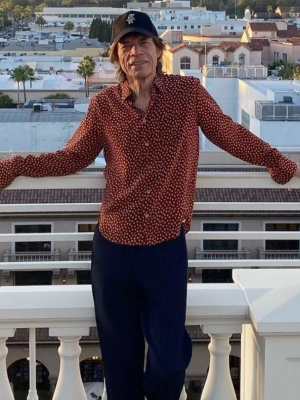