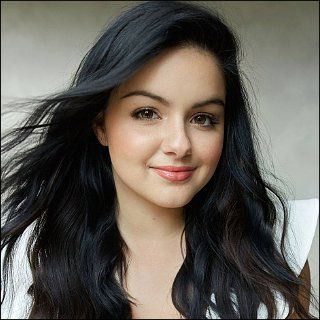 Ariel Winter's career in entertainment business started early on when she was just six years old with an appearance in a Cool Whip commercial. Then when she was 7, she got her first ever acting gig, landing a guest appearance in an episode of sitcom "Listen Up!" This was followed by several other guest starring roles on shows, like "Freddie", "Bones", "Nip/Tuck", "Crossing Jordan", "Criminal Minds", "Ghost Whisperer", and "ER".

In 2007, Winter landed a job on animated comedy-musical television series "Phineas and Ferb", where she voiced the character of Gretchen. She was then billed to lend her voice to an episode of "The Penguins of Madagascar" in 2009. In the same year, she snatched her biggest role to date that was as the regular Alex Dunphy on the hit sitcom "Modern Family". The feature earned her and her fellow cast mates the Screen Actors Guild Awards for Best Ensemble in a Comedy Series for four consecutive years (2010 – 2013). Her next notable TV feature was the computer-animated series "Sofia the First", for which she voiced the title character.

On the big screen, Winter made her debut in the 2005 "Kiss Kiss Bang Bang" and managed to appear in such hit movies as, "Speed Racer", "Killers", and "The Chaperone". Besides, she was also known for lending her voice to a number of animation flicks, including "Ice Age: The Meltdown", "Horton Hears a Who!", "Final Fantasy VII: Advent Children Complete", "Cloudy with a Chance of Meatballs", also "Mr. Peabody & Sherman".

Winter was born on January 28, 1998 in Fairfax, Virginia as Ariel Winter Workman. Both her sister Shanelle Workman and brother Jimmy Workman are actors. When she's not acting she will make music with her band called "WickedSweet", which she established with her best friend.