The 'Titanic' actress has to be taken to a nearby hospital for a medical treatment after sustaining a leg injury when she allegedly slipped over on the set of her new feature film 'Lee'.

AceShowbiz - Kate Winslet has landed in a hospital after suffering a leg injury. Currently filming in the Croatian village of Kupari, the 46-year-old actress has required medical attention after reportedly slipping over on the set of new biopic "Lee", according to Croatian press.

Ushered in by "several people," the "Titanic" star was reportedly taken to the nearby Dubrovnik Hospital following a 15 minute journey in a black van and arrived at the medical facility wearing black clothes and a face mask.

The actress takes on the title role of Vogue photographer Elizabeth "Lee" Miller and is joined by the likes of Jude Law, Josh O'Connor, Marion Cotillard, and Andy Samberg in the upcoming HBO movie.

Despite her injury, Kate will be carrying on with shooting her role "as planned" over the course of the upcoming week, with the trip to hospital having been described as a measure of "precaution." A representative for Kate told Metro.co.uk, "She is fine and will be filming this week as planned."

Meanwhile, the "Sense and Sensibility" actress recently wrapped up filming on the upcoming sci-fi movie "Avatar 2" and explained that during a stunt that required her to remain underwater for seven minutes, she initially felt "wonderful" but then found herself wondering if she had died.

She said, "God, it's just wonderful. Your mind completely drifts off. You can't think about anything, you can't make lists in your head, you're just looking at the bubbles underneath you. My first words [when I resurfaced] were, 'Am I dead?' Yes, I thought I died!"

Ciara Wants to 'Make the World Dance' With Her Upcoming Album 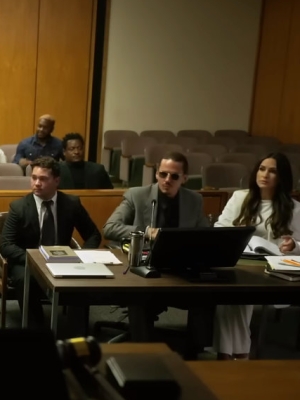