The actor, who is known for portraying Ryder Lynn on Fox's musical comedy-drama series Glee, was taken into custody last week after he allegedly failed to stop at a red light.

AceShowbiz - Blake Jenner had a run-in with the law. The actor, who portrays Ryder Lynn on Fox's musical comedy-drama series "Glee", reportedly was arrested for DUI in Los Angeles County.

According to TMZ, the 29-year-old was taken into custody last Saturday, July. The actor was pulled over by police at 12:16 AM after he allegedly failed to stop at a red light in Burbank, California.

When Officers conducted a safety test, it was found that Blake was driving above the legal blood alcohol content limit. He was subsequently hit with a DUI charge but was later released that morning at 6:15 AM after posting a $5,000.

Blake's arrest nearly two years after he broke his silence on the domestic violence accusations made by Melissa Benoist. Confirming that he did abuse her during their marriage, he vowed to take "full responsibility" for his action.

"The passion between us would take us both to some of the most joyous highs, but also to moments of jealousy, bouts of insecurity, and volatility," he described their relationship. "It was a relationship with a foundation rooted in co-dependency, which had dire consequences."

Recounting the incident wherein he threw his phone at his ex, Blake dished, "I froze in a state of shock and horror as my then-partner screamed in anguish, her eye immediately swollen shut from the impact of the phone. It's a moment that I will regret for the rest of my life. She sat there crying and I can only imagine the pain, fear, and shame she must have felt in that moment. If I could do anything to take it back, I would."

"The Edge of Seventeen" star then claimed "there was mental, emotional and physical abuse inflicted from both ends." He noted that it resulted in them "seeing a therapist" together, and while they made numerous attempts to work their issues out, they remained "stuck in this toxic cycle that [their] relationship became."

In his statement, Blake additionally pointed out that he was also "verbally and emotionally" abused by Melissa due to her jealousy. "I was made to feel guilty for working as I received calls from my former partner while I was away, threatening self-harm out of depression and a deep-seated fear of abandonment," he claimed.

Blake Jenner Reflects on His Failed Marriage to Melissa Benoist 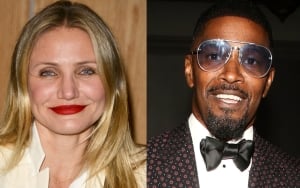 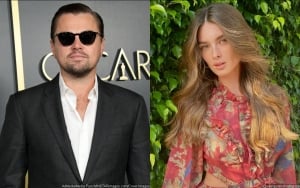