The former First Lady and many celebrities express their rage on social media in the wake of the Supreme Court's decision to scrap the constitutional right to abortion in the United States.

AceShowbiz - Michelle Obama, Taylor Swift and Halle Berry are among the army of outraged celebrities venting rage at the Supreme Court's scrapping of the constitutional right to abortion in the United States. After the lawmakers overturned the landmark Roe v. Wade ruling, making terminations illegal for millions of American women, they joined president Joe Biden in hitting out.

Amid fury erupting across America in the wake of Friday (June 24)'s ruling, Obama said, "I am heartbroken that we may now be destined to learn the painful lessons of a time before Roe was made law of the land - a time when women risked losing their lives getting illegal abortions."

The wife of former POTUS Barack Obama warned on in a long statement posted on platforms including Twitter and Instagram, "When we don't understand our history, we are doomed to repeat its mistakes." She then shared links to both Planned Parenthood and The United State of Women Reproductive Justice Hub for those wanting to take action.

Swift, in the meantime, responded to the former First Lady's statement by saying the law change has left her filled with horror. The 32-year-old added, "I'm absolutely terrified that this is where we are - that after so many decades of people fighting for women's rights to their own bodies, today's decision has stripped us of that." 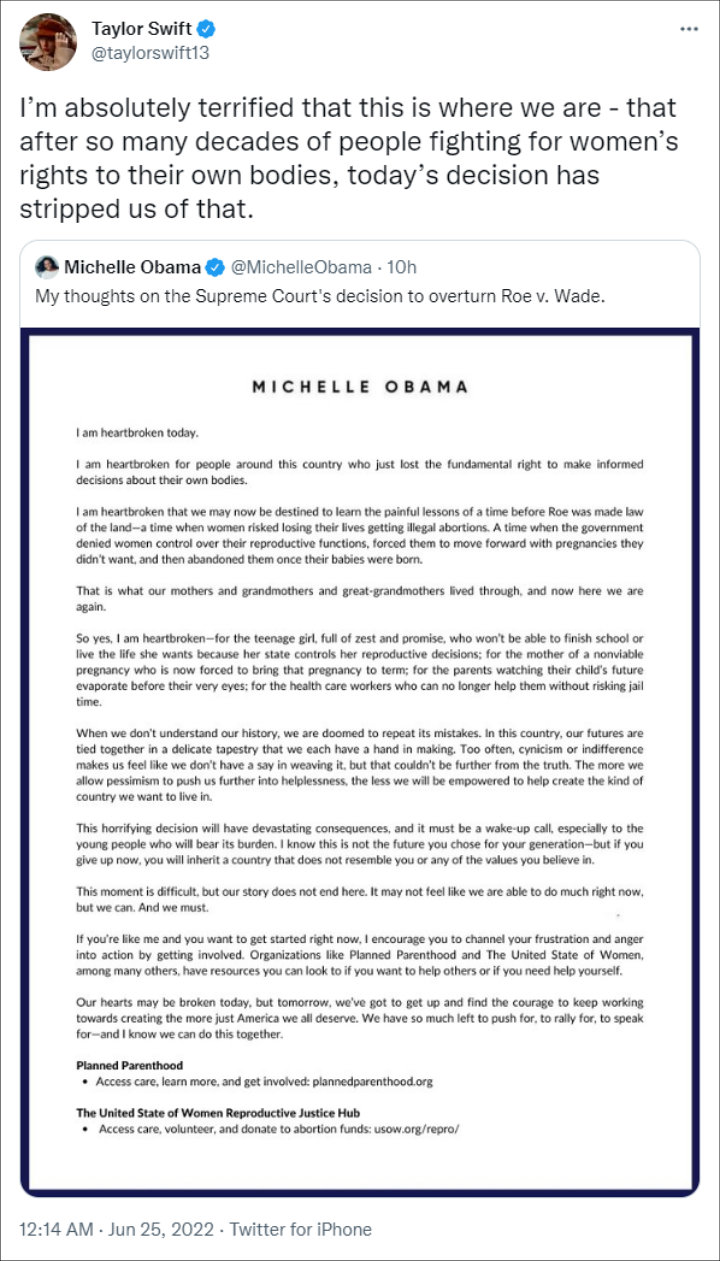 Meanwhile, Berry branded the overturning "b*******" and a "war on women." The "Catwoman" star seethed, "I'm outraged! What the supreme court has done is B*******. Something has to be done! Guns have more rights than women. Stop this war on women and keep your laws off of our bodies. We have to band together and NOT accept this! We can't just post about it, we must DO SOMETHING about it."

"Family Guy" creator Seth MacFarlane called it part of "dystopian sci-fi" and added "how much farther this will go depends on American voters," whereas actress Busy Philipps called it a "sham," and said, "It doesn't end here. "F** this sham. F** these people. If you're a single issue voter and your issue is your taxes, f*** you too. This Supreme Court is on you." 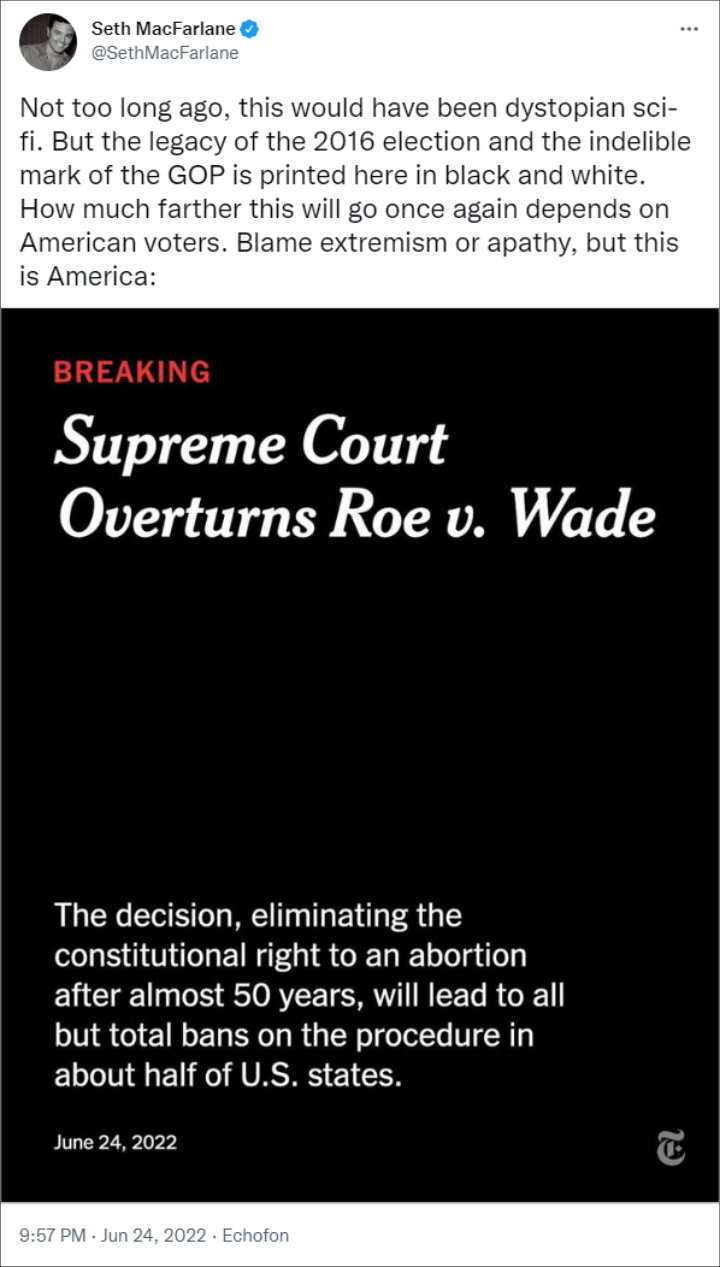 Music producer and songwriter FINNEAS was also among the droves of famous faces sharing outrage online. The 24-year-old expressed his frustration by noting, "I don't even know what to say other than absolutely f*** this."

The 1973 Roe v Wade battled centered around "Jane Roe", a pseudonym for Norma McCorvey. She was a single mother pregnant for the third time who wanted an abortion, and sued the Dallas attorney general Henry Wade over a Texas law that made it a crime to terminate a pregnancy except in cases of rape or incest, or when the mother's life was in danger, arguing the law infringed on her constitutional rights.

Biden blasted the ruling as "un-American" in an address from the White House, adding it was a "sad day for the court and the country" and calling the move "wrong, extreme and out of touch."

Madonna Dubbed 'Pathetic' and 'Gross' for Making Out With Tokischa Onstage