The 'Kardashians' star, who tied the knot with the Blink-182 drummer at a lavish ceremony in Portofino, Italy on May 22, has now updated her Instagram bio.

It's not yet been confirmed whether the 43-year-old reality TV star has changed her name legally, or whether she will in the future. 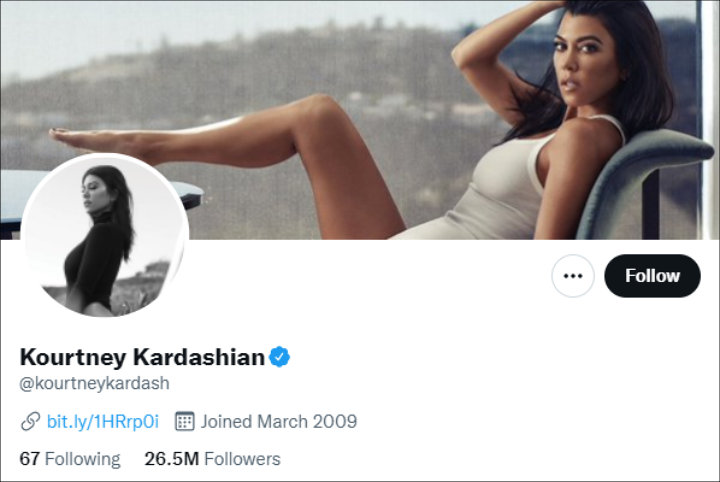 The Poosh founder has shared several snaps from her and Travis' wedding on her Instagram, including posting a picture of her "thigh high stockings and roses."

The couple wed for a third time in the Italian ceremony after exchanging vows in a "practice" ceremony in March before making their union official in a Santa Barbara courthouse earlier this month.

For the Italian extravaganza, both bride and groom wore Dolce and Gabbana outfits, with the Poosh founder teaming her short white dress with a long, embroidered veil. Kourtney's children, Mason 12, Penelope, nine, and seven-year-old Reign, who she has with former partner Scott Disick, were in attendance for the ceremony, along with her mother, Kris Jenner, and siblings Kim Kardashian, Khloe Kardashian, Kylie Jenner, and Kendall Jenner, as well as the latter's boyfriend, Devin Booker, and her momager's partner, Corey Gamble.

On Travis' side were his son Landon, 18, daughter Alabama, 16, stepdaughter Atiana De La Hoya, 23, and friends including Machine Gun Kelly and his Blink-182 bandmate Mark Hoppus.

This is the third marriage for 46-year-old Travis, who was briefly married to first wife Melissa Kennedy between 2001 and 2002, before he went on to tie the knot with the mother of his children, Shanna Moakler. It is Kourtney's first marriage.

Will Smith Talks About Revisiting Childhood Pain for Autobiography 'Will'