Doja Cat Regrets Lashing Out at Fans, Admits She Owes to Them After Threatening to 'Quit'

After hinting that she planned to hang her music sheet following the back-and-forth with her Paraguayan fans, the 'Say So' hitmaker says, 'Don't take it to heart…'

AceShowbiz - Doja Cat has backpedaled on her recent Twitter rants after lashing out at some of her fans. Regretting her social media antics, the rapper/singer has apologized to her fans as she acknowledged their roles in her success.

Returning to the micro-blogging site on Saturday, March 26, Doja wrote in one tweet, "I can travel, I can eat good food, I can see new people, I can smile, I can make memories that I dreamed of having, I can laugh, I can support my family and my friends, I can learn about the world, and I can give back to everyone because of you." She admitted, "I do owe people s**t. I owe a lot."

The 26-year-old also credited herself as adding, "I owe myself a lot too. I owe myself the chance to open up and be good to people. I owe myself the death of my fears that don't allow me to expand my heart. I didn't come to another country to do something i can do everywhere else. that would be pointless in a way."

"I came here because I knew there was something new. New people. New things. New stories to learn. I came and I gave not enough," she further divulged. "I need to give more because I noticed I've been taking a lot. Taking from almost everybody who's reading this."

Pointing out one of her earlier tweets, she wrote, "This is an example of me not reciprocating all the s**t that's been given to me. This was 2 hours ago. Don't forget it but don't take it to heart because it doesn't benefit you or anybody else. Please don't hesitate to ask me for s**t because I love you."

When one of her Paraguayan fans apologized to her "for the things they said and how they treated you," the "Need to Know" hitmaker humbly said, "I wasn't any better."

Another fan reminded Doja that she has done her best to put on amazing shows. To this, the Los Angeles native explained, "I'm not discrediting myself. I work my a** off. I know that. It's tiring but i'm not suffering because of people like you. My suffering comes from myself. Not everybody else. It's my problem but you guys always help me solve it when you support me the way you've been."

Doja previously had a back-and-forth with her Paraguayan fans following her canceled show in the country due to a storm. "You made us feel empty," one critic claimed, while another blasted her as "public enemy number one." Catching wind of this, Doja quickly responded by simply replying, "I'm not sorry." After a slew of other negative tweets, the "Say So" hitmaker ranted about everything being "dead" to her and declared she "quit."

"It's gone and i don't give a f**k anymore i f**kin quit i can't wait to f**king disappear and i don't need you to believe in me anymore," she wrote in a now-deleted tweet. "Everything is dead to me, music is dead, and i'm a f**king fool for ever thinking i was made for this this is a f**king nightmare unfollow me." She also posted, "This s**t ain't for me so I'm out. Y'all take care." 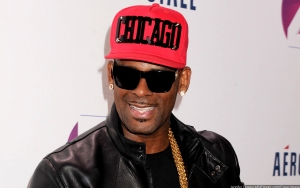